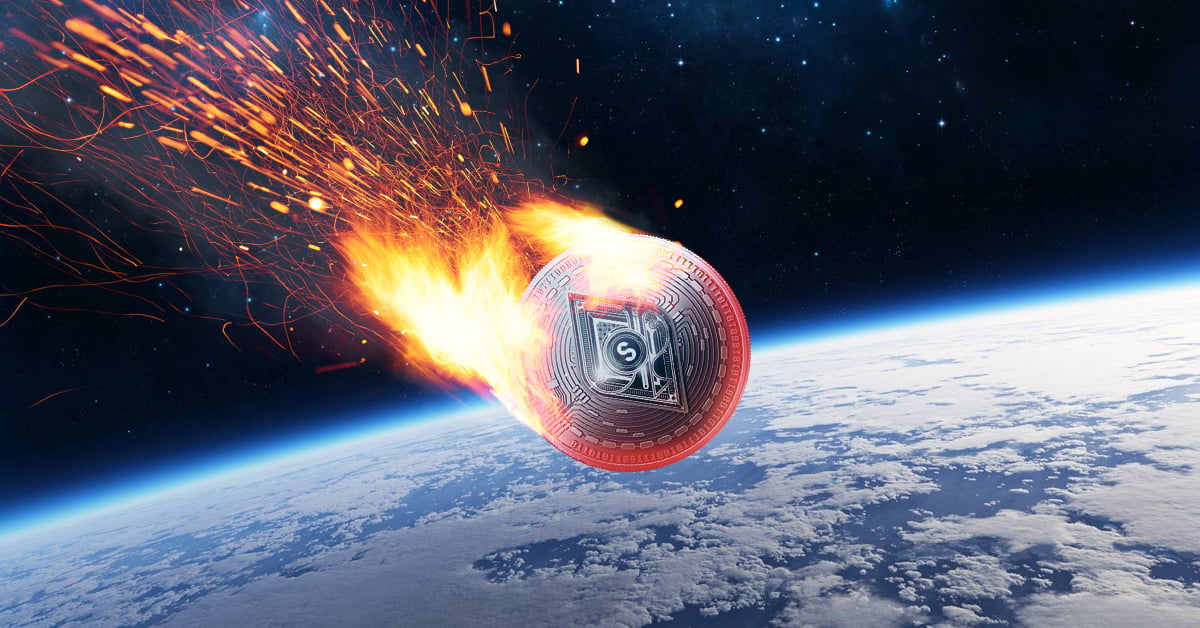 The SP8DE project has begun with a complete lack of external financial support, zero self-funding, and obviously no marketing budget to attract at least some attention of the masses. The world of ICO markets is tough. This market today is a wild west: the one law in existence is that of self-interest, and for most the only shepherd is greed. Every single unit of traffic, every single lead is stretched until the limit by the other ICO projects that are simply too many for this narrow market. Add to this,one of the biggest surges in the aggregate capitalization of cryptocurrency markets that has squeezed the last fresh cash flows out of the ICO domain. The rapidly accelerating tendency of the investment public to invest less in ICOs than ever before seemed like a shining apex at the top of the dusty pile of reasons why not to start SP8DE’s crowdsale.

On the one hand, there was the voice of reason, on the other, long-cherished dream of making the mathematical paradise of pure entropy an objective reality.

The 4 people who comprised the SP8DE team originally had many more concerns to take into account than just the ones mentioned above, such as the necessity of attending to the daily duties on a regular job, guarding the peace and comfort of a pregnant wife and last but not least, desperately hunting for funds to have at least some foundation upon which the young project can be constructed.

But the dream was burning brighter than any of the fire traps; it was like a morning star illuminating the right way. Equipped with faith, they started doing. Just doing what needed to be done – an old-time perfect recipe for success of any venture. The reward came quickly, probably far too quickly: the initial success of collecting over 3000 ETH within two and a half weeks was a surprise for everyone including the team. Currently having over 8800 ETH crowdfunded, who could expect that a project with no community, no funding and no marketing could make it that far this quickly? Money, of course, brings more money. In a blink of an eye those who have denied providing some bare minimal funding being offered terms as favorable as those that a loan shark enjoys were running on a crowd sale to attempt to get their SPXs on the terms no better than anyone’s else.

This was the moment of glory. But, as it turned out, the clouds have just been gathering.

With the initial success came an ocean of hard work. Making an ICO without a fully packed, physically collocated team of at least 10 to 15 people is a prerequisite for a tough challenge ahead. SP8DE’s team started rapidly expanding to include many support people, technical advisors and specialists in smart contracts and ICO security. The implementation of the jackpot procedure was a tough thing to design and deploy. Conforming to the highest industry standards of security was even tougher.

At this point, the team had to address all the weaknesses in the project design. Some of them were apparent from the beginning, others became apparent only after. Many aspects of the SP8DE platform original design (as well as later improvements) have been inspired by people from one of the (if not the) smartest and united communities in the world: the Silicon Valley, the place where the engine that drives human progress forward is currently cherished, maintained and improved.

So, what is SP8DE? In its core, SP8DE is a platform based on the blockchain technology that serves as a massive random number generator. As always, only the details reveal the essence: these random numbers are cryptographically secure: they can be manipulated by no one unless the adversary takes control over the majority of the network.

What is the underlying blockchain? It is Cardano, a new generation platform that is outstanding in terms of its technical characteristics and elegance of the design.

Is Cardano ready to provide SP8DE with all the required functionality? Unfortunately, not at all. A conservative estimate is that there is almost a 9 month gap between the end of SP8DE ICO and the moment that marks Cardano being ready to accommodate the SP8DE protocol.

But wait.. What will be going on in the meanwhile? Luckily, Cardano and Ethereum (especially Classic) have much in common. This allows us to begin the development efforts as soon as possible simply keeping in mind the eventual necessity to recompile the protocol on Cardano.

This seamless transfer feature that has helped the project staying afloat: the roadmap is dense, its structure and timeline are at least to the closest approximation justified. Furthermore, the development efforts can be focused on the core product.

In the meanwhile, another major impediment had stricken the small boat of a young start-up: the accusations of scam that, traditionally, no project in the crypto space can evade, started to intensify when the results of the first jackpot round were announced. There have been many who questioned the economic model of the SP8DE ICO: ‘giving away sizeable jackpots (nearly 50% of the entire crowdsale) in the native currency, in other words, using the ICO token itself is likely to result in a massive dump on the day of listing’ many have said. The SP8DE team has not remained silent and went on Reddit AMA to protect the dignity of their project. The two major points that serve as the foundation for defending the design of the protocol are that:

When the major storm of bitter critique spread by those who haven’t won the jackpot was over, the battlefield was brutal and entrancing at the same time: AMA subreddit looks like an unfolded script of “War and Peace”, the dynamics in the Telegram group has driven one of SP8DE’s support managers hysterical: she is currently getting medical assistance.

So, can we claim SP8DE is a scam? Is the jackpot procedure outright flawed on the idea level? Are economic incentives misaligned and ill-designed? Or, on the other hand, are those spreading FUD around SP8DE’s social media channels simply seeking revenge for not winning the jackpot, thus becoming rich at the expense of others? Is it a simple lack of Due Diligence or are we witnessing the afterglow of the terminal moments of the ICO market where people stopped caring what to buy and are too lazy to make their homework?

No one can answer these questions right now: there is no clarity. The good news is that we will get to know these answers soon: the life is thrilling on.

“We will do what no one has done before. Spade is a blockchain-based platform for developing distributed e-gamingapplications. As a team with self-respect, we build a protocol capable of generating fresh unbiased public randomness. As a team with aspirations we have it provably fair and completely decentralized. We think that single points of failure should be perceived as just a relic of the past in any industry, especially in e-gaming.”

This is an extract from SP8DE’s White Paper. Few would argue that this sounds aspiring and igniting some rebellion spirit. While we will certainly only rely on Time to make definitive conclusions about the integrity, fairness and dedication of the SP8DE project, we also cannot deny that it’s truly hard to place statements, such as the one above, without the faith in every word you say.