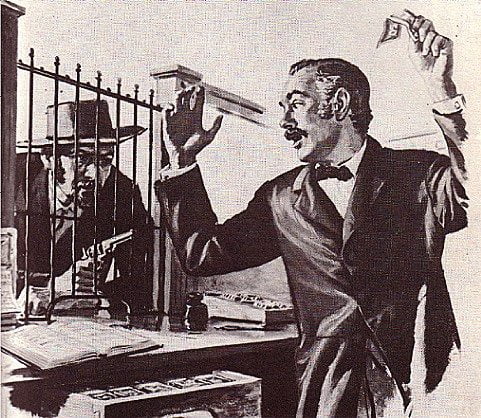 Paper on Integrity of Research and Blockchain Technology Plagerised

For those of our readers who have been following us closely, you will probably remember one of our news articles on a blockchain technology based solution for maintaining the integrity of clinical trials.  Greg Irving and John Holden were originally credited for devising the solution.

Ironically, the duo striving to maintain the integrity of experiments seem to have conveniently borrowed the idea from a graduate student who had first published it on his blog.  The concern about plagiarism was raised by a McGill University student, Benjamin Carlisle as reported on a well-known scientific research blog Retraction Watch. The blog post in question is titled “Proof of pre-specified endpoints in medical research with the bitcoin blockchain” and it was originally published by Benjamin on August 25, 2014. A student of Bioethics, discusses the ethical issue of “fishing expeditions” carried out by researchers to find statistically significant relationships in the trial data and interpret it in their favor to achieve an end result even if it doesn’t match the originally intended goal of the experiment.

Blockchain is known for its immutability. Data once entered on the blockchain is permanently recorded and it is virtually impossible for anyone to modify the original data. Recording the endpoints of an experiment along with experimental protocols beforehand will prevent researchers from interpreting the trial data differently. Using bitcoin blockchain to store a cryptographic hash value of the experimental protocols and endpoints can prove to be an inexpensive yet effective solution, writes Benjamin.

The procedure mentioned by Benjamin bears a close resemblance to the research paper published in F1000 Research journal much later in February this year by Greg Irving and John Holden. The paper authored by Greg Irving and John Holden titled “How blockchain- timestamped protocols could improve the trustworthiness of medical science” was claimed to be a mirror image of Benjamin’s blog. The original paper on F1000 Research has since been modified to remove identical wordings and citations to his blog added.

To Retract or Not to Retract

While F1000 Research doesn’t have any intention of issuing a retraction, the plagiarism seems to be too evident. Upon review, the paper has raised few doubts about the clear understanding of blockchain technology among the authors. The authors in their published paper mention the use of Microsoft Word with tables for writing the experimental protocol and endpoints before hashing, which is likely to fail the verification on the later stages as the formatting may differ from computer to computer. Additional formatting data may create different cryptographic hashes for the same protocol, making it virtually unverifiable by everyone. The same concerns were voiced by Jameson Lopp, a blockchain expert from BitGo. The original blog suggests the use of unformatted text written on tools like Notepad.

The applications of blockchain technology are endless and given the open source nature of the protocol, anyone can use the technology to create their own applications. However, the “publish or perish” environment in scientific research sometimes force researchers to publish incomplete or plagiarized papers which may eventually create more problems instead of solving them.

While these researchers fight it out, the potential of blockchain technology in bringing accountability and transparency in the scientific field is reiterated by the incident.