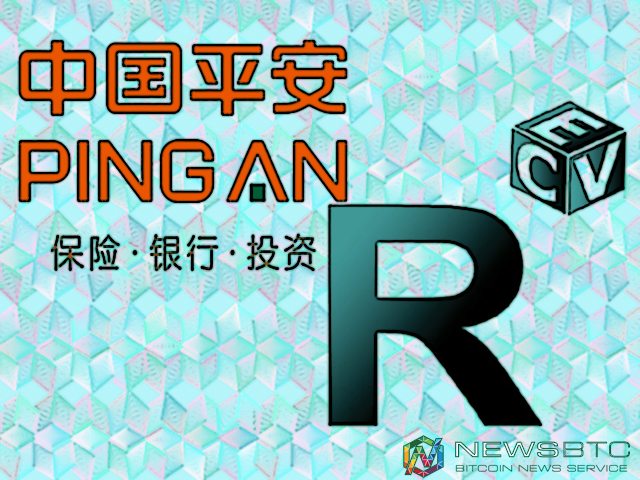 The blockchain consortium of international banking institutions now has a new member in the form of Ping An Financial Services Group. By announcing its inclusion into the consortium, Ping An has become the first financial institution from China to explore the use of blockchain technology in collaboration with other international banking majors, led by the New York-based R3 blockchain based fintech solutions company.

With the inclusion of Ping An, the total number of institutions in the consortium now stands at 44. The consortium is involved in creating groundbreaking distributed and shared ledger based commercial applications which can revolutionize the operations of the banking sector across the world. These applications are being developed on the latest financial distributed ledger Corda, launched recently by R3.

The blockchain technology, originally created as a decentralized ledger for the Bitcoin network to record and confirm all transactions happening on the platform has grown beyond its initially intended purpose. The decentralized property of the digital currency combined with immutability and security has found applications in various industries. The banking and financial sector is one such industry which is extensively involved in research and development of the technology for adoption. The international blockchain consortium of banking institutions intends to use Corda, the custom blockchain created by R3 as an alternative to the conventional SWIFT network for fund transfers. By connecting various branches to the Corda network, banks will be able to transfer funds between branches spread across the world in no time at a fraction of the cost.

On the other hand, the increased popularity of bitcoin as an alternative to traditional banks and financial instruments is disrupting the economic system. If banks fail to innovate, then they will be left redundant. In order to counter the rising threat from the digital currencies to their traditional business model, banks are forced to increase their efficiency by adopting new technology. This is where blockchain comes into the picture, as it will offer banks with a great deal of flexibility on par with that of the digital currencies when it comes to faster transactions and reduced costs of transactions.

Blockchain technology, along with smart contracts will also allow the banks and financial institutions to automate many processes, thereby saving them a lot of time and costs. In addition, a study published by Santander Group estimates that the banking sector will be able to save millions of dollars on regulatory and compliance expenses by making use of the blockchain technology. All these factors have been a driving force behind the implementation of blockchain technology by banks.

The main focus of R3 is to create blockchain-based applications over Corda which will meet the requirements of the banking sector for security, privacy, identity, scalability, interoperability and integration with legacy systems. The consortium in association with R3 has made a great progress so far.

According to the COO of Ping An Group Jessica Tan,

“Ping An Group has always been at the forefront of using technology and innovation in its banking, insurance, investment, and internet businesses. We are excited about joining R3 and look forward to developing and using blockchain technology to create a more efficient way of managing financial assets digitally end-to-end.”

The inclusion of Ping An into the group will allow the financial services company to gain access to Corda based blockchain applications created by R3. Ping An will be working closely with R3 Lab and Research Center for collaborative research and testing of the distributed and shared ledger inspired technologies during various stages.

Tags: bitcoinBitcoin Newsblockchainblockchain technologychineseNewsPing AnR3
Tweet123Share196ShareSend
Win up to $1,000,000 in One Spin at CryptoSlots