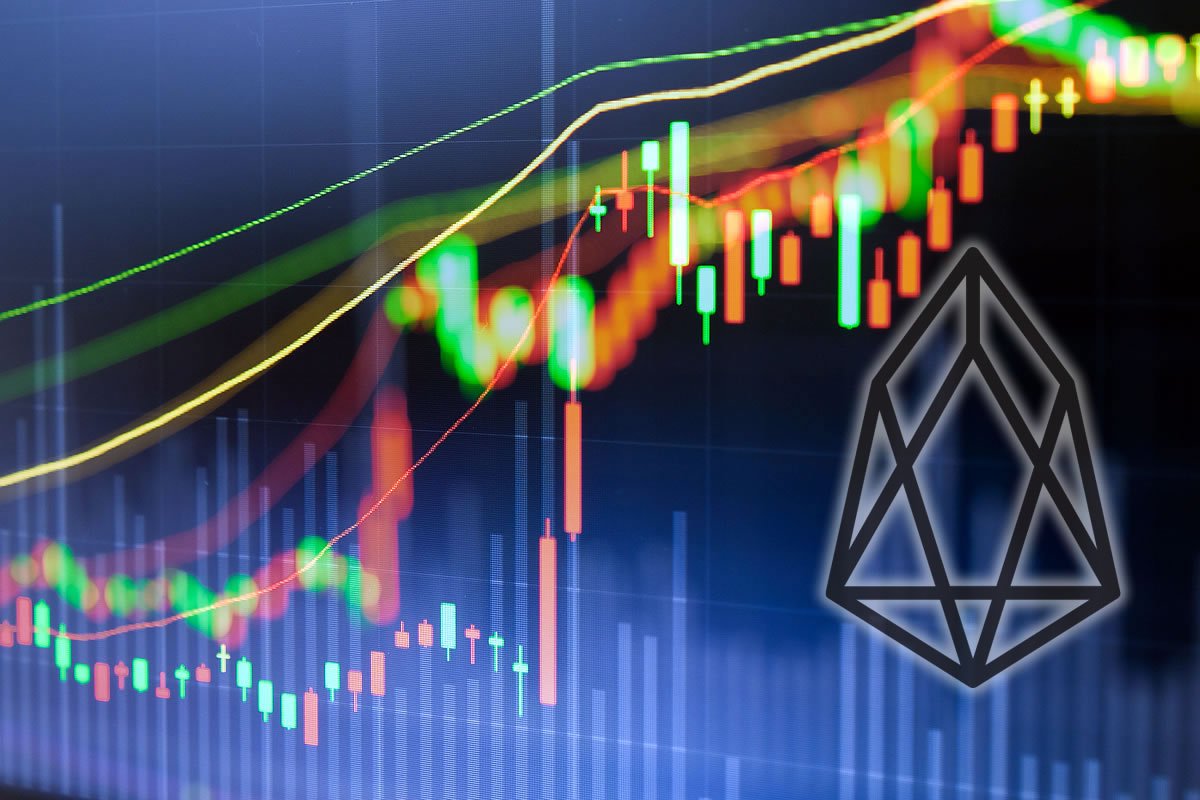 A further five billion has been added to crypto markets over the past 24 hours as total market capitalization hits another high for the year. Bitcoin has taken a breather while the altcoins are starting to take off, one or two in particular doing very well at the moment.

Bitcoin has spent the last day or so consolidating at around $8,750. It did reach a high of around $8,900 a few hours ago but pulled back into its channel where it remains for now. Analysts are expecting a further push towards $9,600 before any correction occurs.

Ethereum has not moved over the past 24 hours and remains at $270. The uptrend is holding support and a move towards $300 could come soon.

The top ten is mostly in the green at the moment but today’s big mover is EOS which has surged 15 percent. The token has made it above $8 for the first time since July last year as momentum builds for the weekend B1 event in Washington. News that the company has bought up 3.3 million tokens worth of RAM could also be driving momentum.

XRP is making a rare move upwards as it adds 4 percent today to reach $0.426. Continuation could see the Ripple token back at $0.50 in no time. Cardano is the other top ten mover with 3.5 percent added today.

The top twenty sees Bitcoin SV streaking out ahead with a 9 percent pump to get to $120. Ethereum Classic is not far behind with 7 percent gained on the day and Tron is performing well at the moment adding 6 percent. Tezos is slipping back a little dropping a couple.

Yesterday’s top performer has carried on into today as MXM adds another 17 percent on the day. Nearly all of the trade is happening on the CoinBene exchange. BitTorrent token is also getting a spike as it adds 12 percent in the run up to the BitTorrent File System (BTFS) launch later this week. The token has also just been listed on KuCoin. EOS and Zcash are the other two double digit performers today.

Theta Fuel is still sliding with a further 7 percent dropped today and Insight Chain is not far behind losing 6 percent.

A few hours ago crypto market capitalization hit a new yearly high of $278 billion. Up 2 percent on the day markets are still bullish and altcoins are in the driving seat right now. Daily volume remains over $90 billion as Bitcoin is poised for another run.

Tags: B1block.oneeosMaximine Coin
Tweet123Share238ShareSend
Win up to $1,000,000 in One Spin at CryptoSlots