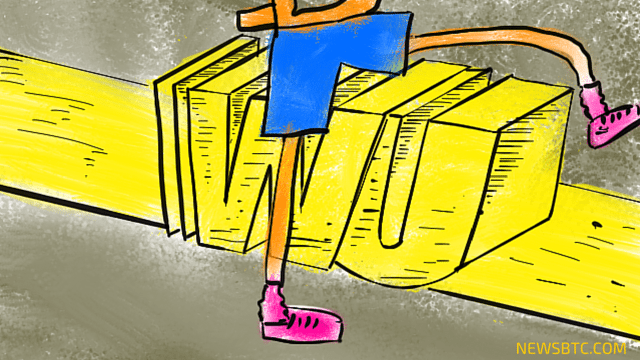 According to Coinometrics, institutional-level Bitcoin data and research firm, bitcoin was the 7th largest financial network in the world, just behind Paypal and Discover Network. Coinometrics provided Yahoo with this chart:

Two years ago, the average number of daily Bitcoin transactions was 80,000 per day, falling behind Western Union and PayPal which processed over 1 million transactions and payments per day.

“In the next one or two years, Bitcoin can surpass the dollar transaction volume of other established payment companies including Discover, and even American Express, MasterCard, and Visa,” said SmartMetric CEO Chaya Hendrick.

The number of daily transactions in Bitcoin has also increased significantly since the beginning of the year, reaching close to 250,000 transactions per day. According to Blockchain.info, it has recorded a staggering growth rate of 40% since January 1, 2015.

Some startups including Coins.ph are already dominating the Southeast Asia region, recording substantially high daily volume and market dominance. The emergence of Bitcoin-based remittance platforms worldwide such as Cashila, Coins.ph and th, Rebit.ph and Bitspark is also expected to become a major factor in the surge of Bitcoin transactions over the next few months.

Tags: bitcoinBitcoin newspaypal
Tweet123Share196ShareSend
Win up to $1,000,000 in One Spin at CryptoSlots