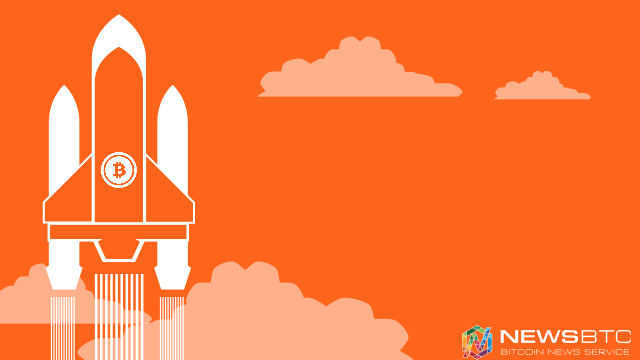 Since the beginning of the current year, the bitcoin price has seen some ups and downs, but overall, the price has been climbing up.

2016 is said to be the year where the bitcoin price is supposed to climb to new highs, and it seems that all is going according to predictions. Of course, these predictions are set on the premise that the bitcoin mining reward will drop to half which will greatly affect the supply of coins.

Since the 12th of February the bitcoin price has been rising, and today it went past the $440 mark, hitting $443.96. This represents a significant rise of about 20% in the price. There are approximately 150 days left until the halving. These are the first signs of what will happen to the price this summer. This year will certainly be a great year for the bitcoin price while too many things are happening in the bitcoin space. The block size increase, the halving, a lot of investments being made and big companies starting to accept bitcoin are events that are bound to push the price to a new all-time high.

The halving and the Roundtable consensus

Many traders are stressing that the halving anticipation already increased the price recently from the $200 figure to go over the $400 mark. However, the increase from the $200 figure up to the $400 mark might not be due to an anticipation motivated by the halving, but a mere result of a long-term downtrend that finally saw its reversal. It was bought and overbought from people that were waiting to jump in on any sign of a true reversal. Since the halving will decrease the supply it will be interesting to watch whether another price increase could be happening in a sustainable order before the halving.

Supply pressure will be mounting before the halving, and there’s some potential for new improvements in the core code to enhance capacity and the system. Then there’s the other side of offering new solutions like the bitcoin lightning network.

Finally, it seems that now, the majority of miners and developers have reached a consensus.  With the Roundtable consensus there will be no more discussions over what should be the midterm future of bitcoin.

Now, that the bitcoin community is sensing stability I wouldn’t be surprised if the bitcoin price goes up to $500 in the next 72 hours.

Tags: bitcoinBitcoin Newsbitcoin priceBreaking NewshalvingRoundtable Consensustrading
Tweet123Share196ShareSend
Win up to $1,000,000 in One Spin at CryptoSlots