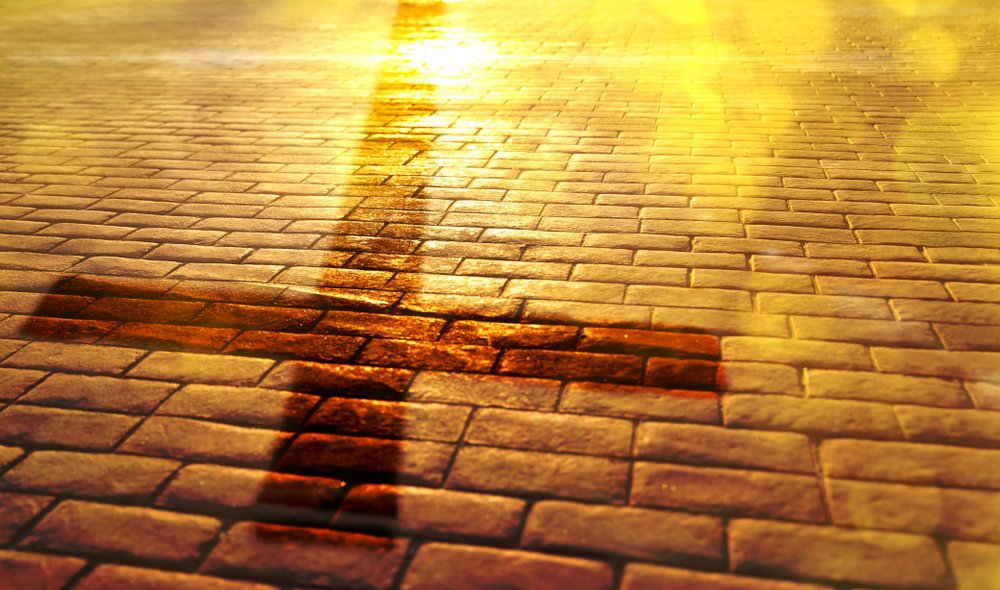 The entire bitcoin trading community is holding its breath for a crucial bullish signal known as the Golden Cross.

It started on April 2 when the bitcoin price – at last – broke above a stringent resistance area and surged 23 percent in a day. This upside swing changed the market’s entire dynamics. Almost all the technical indicators that were screaming bearish turned bullish overnight. Buying sentiment returned. Selling sentiment decreased. But most importantly, bitcoin managed to sustain its gains even though it did not extend it.

Profit extension is now what the bitcoin trading community seeks — many waits for big whales to purchase bitcoins at recent higher lows so the price surges and strengthens the bullish sentiment further. But wait — we were talking about the Golden Cross.

The red curve in the chart above is bitcoin’s moving average calculated over 200 days.

Similarly, the blue one below reflects 50 days. The near-term moving average tends to rise faster than the long-term when market notes enormous interim buying volume. As a result, the 50-days moving average crosses above the 200-days one. That is what defines a Golden Cross.

The history of the financial market shows that investors love the golden cross. For instance, the Dow Jones industrial average experienced the phenomenon on April 26, 2016, after four years. What ensued was a steady upside swing in which the DJI surged from 18,080 points in April 2016 to 26,743.50 points in September 2018.

But wait, there is another story.

In 2014, the gold market formed the golden cross four times: 2009, but a big rally followed only one time. Have a look at this chart (courtesy to our friends at SunshineProfits.com):

The statistics prove that the Golden Cross indicator worked for any market but the Gold. It should particularly interest the investors who believe bitcoin is some “digital gold.” Of course, the cryptocurrency’s underlying market dynamics are strikingly similar to that of the yellow metal. They both are durable, scarce, and have properties similar to commodity assets. So it would be safe to assume that the bitcoin market is more likely to behave like the Gold market.

Well, the Golden Cross does not work for Gold as much as it works for the S&P 500, DJI and Nasdaq.

“Rather than focusing on something with a mixed record, you should focus on the pending shift in Fed policy,” writes Jordan Roy-Byrne from Kitco. “The historical data shows that is when rebounds and bull markets usually begin in gold stocks.”

So, as a risk measure, we bitcoin traders should not entirely depend on the Golden Cross. Fewer losses can also mean more gains, after all.