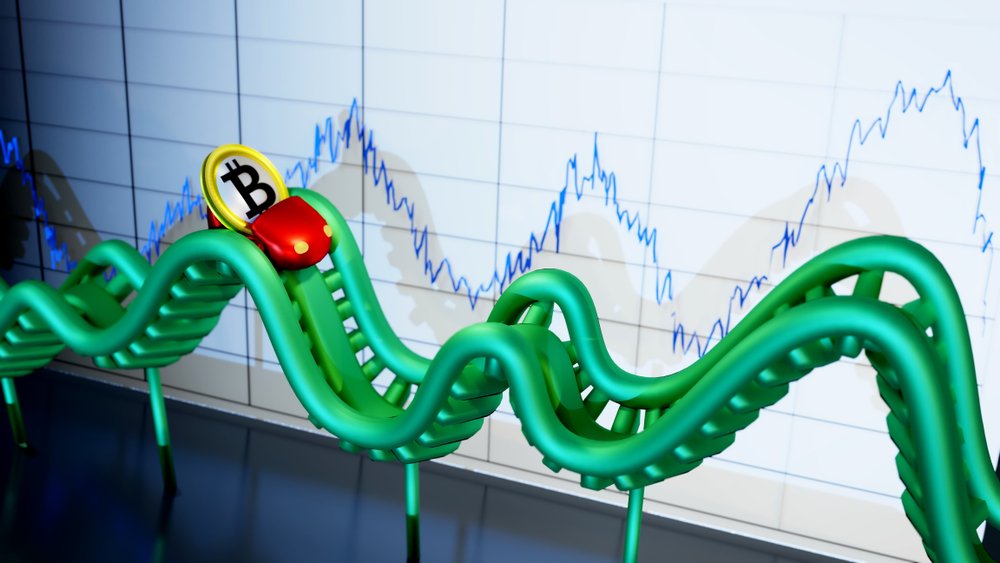 Bitcoin plunged deeply a day after it climbed above the $10,000 milestone. And according to one top market analyst, the cryptocurrency could still fall back towards $6,000.

Full-time trader PentarhUdi confirmed that bitcoin is trending in a giant triangle since it established an all-time high of circa $20,000 in December 2017. The cryptocurrency’s jump to $10,000 allowed it to restest the Triangle Resistance for the first time in eight months.

The same level, as shown via a bold redded descending trendline in the chart above, earlier sent prices back. PentarhUdi theorized it could repeat the pattern.

“It is interesting that B-waves inside have impulsive sub counts,” the analyst wrote. “We have wave b of (C) here in its termination state, which shows textbook ending diagonal with falling volume and multiple oscillator bearish divergences. Ending diagonal allows some upside from here even temporary breaking resistance lines.”

A bitcoin pullback could lead bitcoin to complete the wave [C]. The move concludes towards the Triangle Support, the light redded ascending trendline on the chart above, sitting below $6,000. PentarhUdi thinks the pullback could extend towards the 200-weekly moving average, a wave that is now near $5,300.

“If this idea is correct, price should fall from current levels down to weekly MA 200 in term of 1-3 months,” he wrote.

The downside target also coincides with the 78.6 percent Fibonacci level of the swing from the local high of circa $14,000 to low of circa $3,120. It is also near the support of the greened Descending Channel as NewsBTC discussed in one of its earlier analysis.

More so, a move back into the Descending Channel would completely invalidate the breakout as fakeout.

PentarhUdi mentioned certain price moves that could totally invalidate the giant triangle range. The analyst noted that bitcoin is bullish long-term, which could allow it to break above the Triangel Resistance. Meanwhile, breaking above $11,000 could also invalidate the bearish move altogether.

NewsBTC’s Fib retracement lines are also targeting circa $11,300 as the next weekly resistance. Meanwhile, the 50-weekly moving average (near $8,000) could keep bitcoin from falling towards $6,000 or below.

Tags: bitcoincryptocryptocurrency
Tweet123Share247ShareSend
Win up to $1,000,000 in One Spin at CryptoSlots