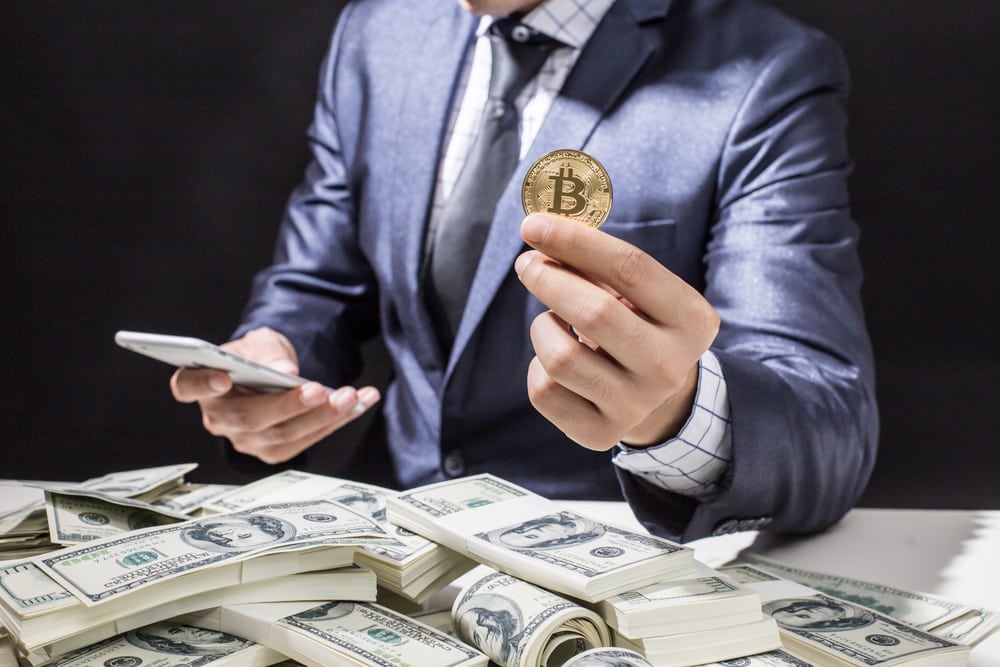 While you may not have heard of him, Olaf Carlson-Wee has joined the ranks as one of the foremost crypto entrepreneurs, managing a $1 billion crypto-centric investment fund.

From Lumberjack To “Crypto OG”

Olaf Carlson-Wee’s passion for cryptocurrencies started at a young age, as the now 28-year-old wrote his college thesis on Bitcoin. While his professors were skeptical of this seemingly outlandish decision, his admiration for the technology behind the crypto asset remained. In an interview conducted in 2017, Carlson-Wee gave Vice journalists some insight on what sparked his interest for this space. He stated:

“In June 2011, a somewhat historic article came out on Gawker that was on Silk Road, but it talked about this technology Bitcoin… I thought it sounded really interesting so I started reading more about Bitcoin and just went down the veritable rabbit hole. I was going into my senior year of college and was still just really really obsessed with this concept.”

Following his time at college, the graduate put Bitcoin to the side, working all across America as a lumberjack. Despite seeming to have no qualms with the lumberjack experience, his affection for Bitcoin and Blockchain persisted, as he eventually made his way to Oakland, where he became the first hired employee at Coinbase. At the now established cryptocurrency platform, which was a non-descript startup at the time, Carlson-Wee took 100% of his salary in Bitcoin, bringing the concept of “skin in the game” to the highest level.

Speaking on what kept him in this industry, he later added:

“I came into school in 2008 in the financial crisis. I think I have always been a little bit skeptical of the kind of blind trust that people have in financial systems… although it’s (crypto) technically complicated, it’s fully transparent how it works. If you ask someone how the Federal Reserve works, I think its a much more complicated question actually… The reality is we’re dealing with a breakthrough technology that we haven’t seen like so since the internet.”

Carlson-Wee recently took to CNBC Africa’s Crypto Trader show, to speak with Ran Neu Ner about his time as a full-time “Crypto OG.”

After working for three years as the Head of Risk at Coinbase, the expert began to take notice of the altcoin industry, specifically with the launch of Ethereum. Speaking with Ran, the investor brought attention to his ideas regarding a so-called “multi-blockchain” industry:

“Through a lot of conversations with him (his colleague and friend) I became interested in the idea that the crypto space becomes multi-blockchain. To give you the backdrop, in early 2016, Bitcoin represented about 90 to 95% of the market share of all cryptocurrencies.”

After seeing the innovation present on the growing platform, nearly one year after the launch of the Ethereum network, Carlson-Wee decided to launch a new cryptocurrency fund. As he later explained, he wanted to formulate an investment strategy that was centered around investing in the altcoin space, which only accounted to 5 or 10% of the entire crypto industry at the time.

Olaf fittingly named the fund “Polychain,” which immediately attracted investors from family offices, angel investors and “other people that I didn’t know before.” As the PolyChain CEO went on to note, the fund started operations with $4 million in assets under its belt and has since grown precipitously in value. The from $4 million to over $1 billion has been widely attributed to a growing list of investors allocating funds to the firm, along with the firm’s investments rising greatly in value.

When queried about what other factors resulted in the firm’s gargantuan run-up, the CEO noted that it had been a “long and arduous journey,” with such a feat being no small task. However, Olaf went on to say that he grew the fund by doing what he knew how to do, putting it as short and sweet as just “investing in cryptocurrencies.”

He also pointed out that he had the prerequisites required to properly manage cryptocurrency investments, alluding back to his time at Coinbase as a Product Manager and the Head of Risk by stating:

“So I had a long history of all of the core things that you need to set up to run a fund like this. I had been doing these at Coinbase or personally for many years. I think I was well-positioned to manage these investments and start investing in new things. But really, a lot of what I spend my time doing is talking to early-stage teams, so people who are dreaming of some new and wild technology  and often they are very talented technical architects who want to make this a reality.”

As a direct result of his success at Polychain, he has recently joined the ranks of Fortune’s “Ledger 40 Under 40,” which highlights powerful players in the cryptosphere. It is likely that Carlson-Wee’s expertise will only bring fortune to those around him in the future, so keep your eye out for Polychain Capital and its CEO, Olaf Carlson-Wee.