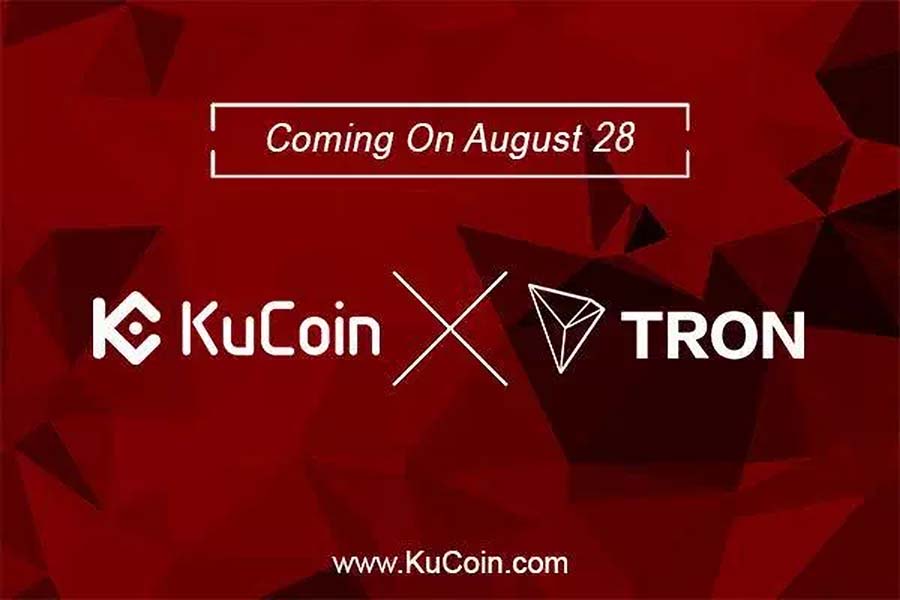 The decentralized social network announces its native currency TRX’s listing to one of the most used crypto platforms in the market- the KuCoin exchange. TRON is now officially included in this growing digital platform. Tronix (TRX) is trading on KuCoin exchange. Supported trading pairs are TRX/BTC and TRX/ETH. TRX holders can now enjoy the engaging benefits and advantages that are exclusively made for KuCoin users.

It attempts to restore the internet from different types of a centralized entity by using decentralized protocols built on the blockchain. TRON is produced to enable an internationally free system of entertainment system which is made on blockchain technology and distributed storages. Content creator and user have the right for publishing and storing their owned content or data. Those who founded the TRON network works passionately towards the primary visions of the internet inventor Tim Berners-Lee. He mainly aimed at a fully decentralized internet. By using an autonomous and decentralized form, the protocol can empower the content creator with the strength of releasing, circulating and interacting with crypto assets that can lead to a decentralized kind of entertainment system.

Other than content protocol, those who efficiently contributed to the growing ecosystem of TRON are rewarded based on some established but transparent set of rules. The rewards will be identified according to the value of the produced content along with the total time spent by the contributor in the platform. Because Tron is an autonomous social ecosystem, it can assure its cryptocurrency, payment network as well as the content platform itself to have the highest quality possible. It is supporting several kinds of smart contracts and blockchain technology. It can offer developers with several protocol infrastructures for entertainment applications development and can allow its users to have smoothed multiple protocol smart networks.

By August 30, Tron will release its virtual machine on the mainnet. This will enable the developer to contend with many computer systems as they create more decentralized apps to enlarge the network.

TRX is the native token of TRON. It is used inside the platform to perform transactions and to reward platform’s content contributors. As TRON network witnesses emerging DApp ecosystem, accounts and transactions, there will be more TRX to burn. The overall number of TRX is not continual and is determined by token burns and varying rewarding mechanism. As of today, the total supply of TRON token is 99,000,000,000 TRX, and more than half of it is now circulating on the market.

The TRON team is comprised of excellent and hardworking internet experts. Of course, the team will be far from being organized without the founder and CEO, Justin Sun. Along with him are Jihan Wu, Hitters Xu, Lifen Wang, Binshen Tang, Jiang Liu, Wei Dai, Linke Yang, Weixing Chen, Mingshan Yin, Charles Xue and Shuoji Zhou. As we can observe, most of them are from China. TRON’s progress and development are made possible through their efficient works as a powerful team.