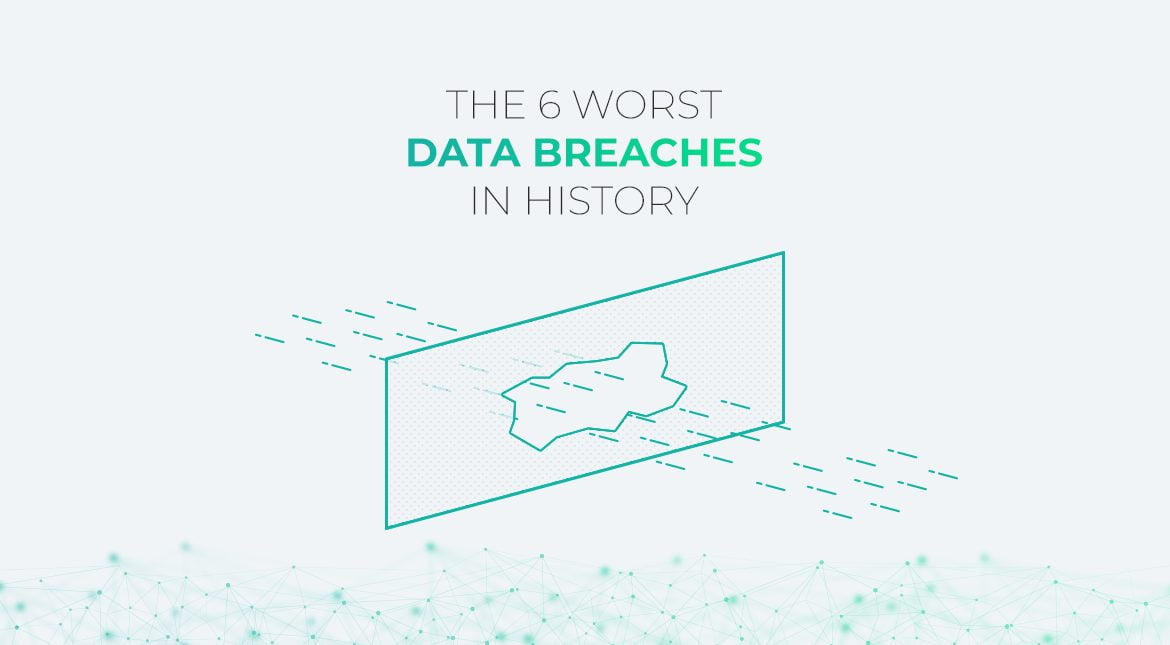 The 6 Worst Data Breaches In History

The only commodity we all possess is data. While we would never dream of giving away property or money, we happily share data for free with corporations, advertisers, financial services, and the State. Like most commodities, data has a value to those who know how to use it. When we share our personal information with a social media company, or a dating website, or a bank, we are tacitly entrusting them with a valuable possession. As recent scandals have shown, these companies don’t always protect our data as we might expect, and the information is leaked, hacked or deliberately shared with other parties without our knowledge.

Public awareness of this issue grows with every breaking data breach news story.  Companies must now look to the future and place a value on the data they seek. One such organisation is C3C, which plans to reward its users for sharing data with advertisers. It is an important step in giving power back to the commodity owner. In the meantime, it is likely that we will read of more incidents like the ones outlined below.

Yahoo revealed in 2017 that the personal data of 3 billion users had been hacked between 2013 and 2014. Having originally claimed that only a fraction of these numbers were involved and that Yahoo’s encryption codes had stymied attempts at decoding the data, the former internet giant confessed that all 3 billion users had had their details stolen in the hack.

Adult Friend Finder customers share their details in the hope of finding some no-strings-attached adult fun. Little did they know that the company was being equally casual with their data, using easily cracked algorithms. More than 450 million users were caught with their pants down, in the one hack, nobody admits to being a victim of.

Yes, there are people out there who will pay good money for those cat pictures you love to post. Well, actually it’s a bit more serious than that. As everyone now knows, Cambridge Analytica used seemingly benign questionnaires to harvest data from at least 87 million users, the fruits of which were used for targeted political campaigning.

Auction platform Ebay was less than forthcoming when hackers got into its databases and roamed around over half a year! Luckily, they couldn’t access credit card details, which were stored elsewhere, but now everyone knows how much you bid for that rare Backstreet Boys picture disc.

Apparently, almost half a billion MySpace users had their passwords and usernames stolen back in the days when MySpace was the premier social media site.  MySpace was the victim of its own success and, like many innovators, lost out when savvier sites like Facebook, Twitter and Instagram arrived. Still, there are those who remember when having a MySpace page was a bit like being famous until you realised that millions of other people had one too.

Everyone loves credit rating agencies. At their whim, we access money and mortgages, and their secrets are locked deep in some gold-gilded cave buried deep in the Andes. Perhaps they should secure our data as carefully, as just under 150 million Americans discovered when their data was stolen by hackers. To make matters worse, Equifax pretended that the hackers had not been able to access social security numbers. It later admitted that they had.

Interested in finding out what is being done to change the relationship between data subject and corporations?  Connect with C3C here, and find out how you can take part in the upcoming ICO.