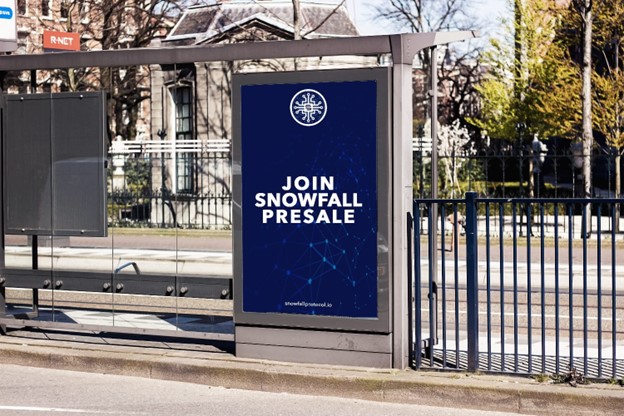 With the drama that unfolded in 2022, blockchain networks are not giving up on offering the best to their users. Lately, Polygon (MATIC) announced its hard fork to help reduce gas fees, and Solana’s (SOL) price is gaining strength after the FTX debacle.

Meanwhile, new entrants like Snowfall Protocol (SNW) are also gaining ground as the first multipurpose bridging solution and DeFi platform. Snowfall Protocol (SNW) is seeing an astronomical rise in demand after raising more than $5 million in presale. While the security of investors’ assets seems to be a concern for many projects in ICO, Snowfall Protocol (SNW) has devised many strategies to prevent dumping and boost confidence in the project. Read on to learn more about the latest happenings around blockchain networks.

Perhaps the biggest development around blockchain technology is the introduction of the Snowfall Protocol (SNW);a new cross-chain bridging ecosystem where users can transfer their assets from one network to another.Snowfall Protocol (SNW)  has paved the way for developers and businesses to leverage the unique features of different chains. This way, we can see the emergence of more useful and powerful apps and projects.

Take the Snowfall Protocol (SNW)  as a cheap transportation medium between many cities. The protocol uses an innovative “canonical and reverse canonical token bridge” as well as a “swap/wrap model” to facilitate the secure transfer of crypto assets and NFTs. Users won’t have to worry about the cost, complexity, or security.

Aside from this,  Snowfall Protocol (SNW)  has been deemed safe for investment after acing audits from InterFi Security Network. The price of $SNW in ongoing resale is $0.191, about an 800% jump from the last presale stage price. Experts are also confident of the long-term success of the Snowfall Protocol as they expect the token to increase by 1000x.

Polygon has been on the news for over a week after announcing its industry-wide anticipated upgrades and updates. The layer two Ethereum-based scaling solution completed its scheduled hard fork and reorgs address on Tuesday. Consequently, MATIC has reacted nicely to the new development with a rise above the key resistance level at $0.95.

Last year, Polygon rolled out proposals to hard fork and upgrade its network with new disruptive chain reorganizations known as “reorgs.” However, experts have expressed deep concerns over the extremely low participation, as only 15 out of 100 validators took part in such a historical milestone.

The hard fork will see to the maintenance of gas fees by keeping gas limit in check, while the reorgs will reduce the time taken to fill a block (block time). Since the news, MATIC has gained more than 16.2% in the last 7 days. So far this year, the token has gained 24.35%, and it is still trading at 66.4% below the all-time high price of $2.8.

Will Solana Break Key Resistance at $27

The recent surge in market price has raised positive sentiment and put a glimpse of hope in the heart of many. However, is this the start of a bull run or a fakeout? Like Polygon, Solana’s price has gained momentum significantly after hitting a 22-month low in December 2022. Despite suffering from the collapse of FTX, Solana rose by more than 135% in the first week of January.

Technical indicators are showing overbought, and SOL price may likely retrace to give room for bulls to set in again. Trading volume has gone down by 43%, and any drive below $17 can invalidate Solana’s bullish sentiment.