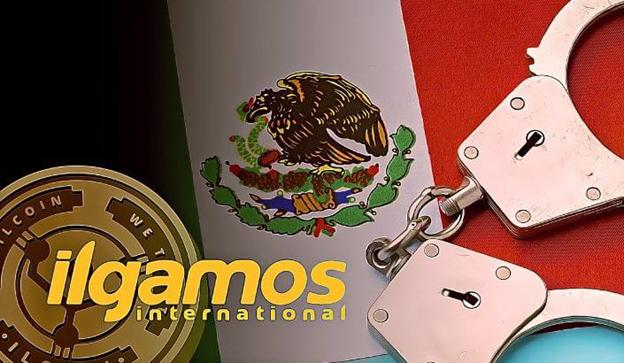 The investigation was conducted on the basis of the accusation made by the CEO of SYDYG, Ramiro Faro Velez in September 2020. The following investigation came to the conclusion that Géza Kapitány and Réka Kapitány should be arrested and should be taken to court in Mexico.

The above-mentioned persons – through a Hungarian law firm – attempted to abort the servers of blockchain technology owned by SYDYG, also its social media sites. This attempt became a failure. In addition to this Géza Kapitány, the CEO of Ilgamos wrote in one of his Facebook posts that he claims all ILCOIN and based this claim on a EUIPO trademark. This claim is illegitimate and also in the course of the investigation was considered by the Mexican police authorities to be fraudulent, as the assets claimed to belong to SYDYG.

The district attorney’s office as part of the Investigation Unit in Chiapa de Corzo, Chiapas issued the arrest warrant based on the following:

“According to article 16 of the Mexican Constitution and article 141 part III and articles 142 and 143 of the national code governing proceedings, we order the search for and arrest of Geza Kapitany and Reka Kapitany, as probable suspects in the act name as DECEPTION, prescribed and penalized in article 228, correlated to numeral 10 (active crimes), numeral 14, first and second paragraph, part I (instant crimes), numeral 15, first and second paragraph and numeral 19, part III (material co-author), all from the penal code in force in the state of Chiapas, concerning events that occurred in the town of Venustiano Carranza, Chiapas.”

Ilgamos did sell ILCOIN for years with an unclear background.The trademark was registered in March 2017 for a company of Réka Kapitány. The trademark right has nothing to do with ownership rights, particularly in the case of decentralized technology. The best example for this is Bitcoin and all those attempts which generated hundreds of registrations regarding Bitcoin.

RepiGo GmbH has never been involved in distributing ILCOIN. The other well-known German company, R&G Mentor GmbH, owned by the Kapitány family as well, previously entered into contractual arrangements with Umbrella IT Service Corporation, the company that created ILCOIN. However, Umbrella sold the source code of ILCOIN, all developments, a website, and everything related to ILCOIN to SYDYG in August 2017. SYDYG has been out of all relations to Géza and Réka Kapitány’s companies.

Under the guidance of SYDYG, ILCOIN achieved outstanding and unique accomplishments in its development. In 2019 it solved the problem of 51% attack with innovation, and after a little more than six months it entered the market with the RIFT protocol, which solved the bottleneck problem and also the FIFO problem and thus created an on-chain block on the live net which is 5GB which is still the world’s biggest on-chain block.

The objective of the Kapitány family is clear, so this is why they will be held accountable for their actions in front of the court. Besides the multi-million EURO damage done to SYDYG, they endangered not only the future of ILCOIN but the assets of thousands of investors who have not received their coins from Ilgamos yet.