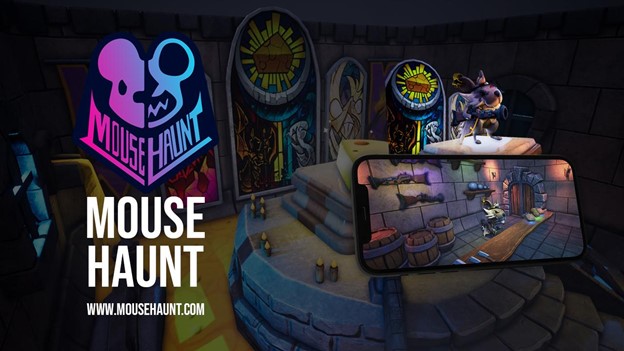 Mouse Haunt, an innovative play-to-earn metaverse launched its much-awaited marketplace on January 25 and the platform has been receiving rave reviews ever since. The platform has seen trading volumes of over $130k in less than a week of its launch. The average price of NFTs on the platform jumped by a whopping 50% after an AMA by the company’s CEO post-launch.

The Mouse Haunt Marketplace was created to ensure that all protocol players and investors trade their game assets securely and transparently. Users can list their Boosters, Boxes, and, in the future, Mouse Heroes, Ghost Villains, and even other NFTs on the Marketplace. The Mouse Heroes packs are not yet openable, but based on the photographs shared by the team, they appear to be fantastic.

Mouse Haunt is created to be fun to play first. With its excellent fit as an NFT play-to-earn game, it is delightful to bring Mouse Haunt to the blockchain world. Mouse Haunt players’ full ownership of unique Mouse Heroes, Castles, Ghosts, possessable objects, and environmental Bosses adds a lot of value, entertaining gameplay, and replayability to the game.

The project will not have NFTs from other platforms, games, or artists on the Marketplace because the purpose is to concentrate all Mouse Haunt assets in one spot. At least not at first. Because all Marketplace transactions are conducted via the BSC network in $MHT, minor amounts of BNB may be required to pay fees.

Interested people can continue to post messages on the official Discord channel’s Trade channel. Only adverts linking to the Mouse Haunt Marketplace will be allowed from now on.

Mouse Haunt is the only multiplayer play-to-earn game where death is not the end! When a mouse dies it switches to the ghost team and continues to accumulate rewards. It is one of the best action NFT games that allows players to collect NFTs, farm tokens, breed characters, and develop levels. Players take on the roles of heroes, villains, and castle constructors in this unique game. Players can trade their acquired tokens for actual money if they like.

Mouse Haunt allows users to explore a new world full of possibilities, where users can play as a mouse explorer, the owner of a haunted castle, or even the castle’s ghosts. The mice’s goal is to get their hands on the cheese, while the ghosts’ goal is to keep them from doing so. The two deploy a variety of ruses to achieve their objectives.

In 2018, committed game developers shed their blood, sweat, and tears to create Mouse Haunt. Six people from diverse nationalities – Brazil, China, Ecuador, Finland, Mexico, and Turkey – got together to produce something remarkable as a final project in a game design school in Canada.

The game immediately established itself as a gold standard for all future student efforts, but that was only the beginning. The team was invited to attend Dreamhack Atlanta in the United States to present their game and try to land a publishing agreement. After obtaining even more game production expertise in the triple AAA game industry.

The resurgent team rallies behind Mouse Haunt to use the crypto world as a tool for engaging the community in an economy that increases the game’s quality while also respecting the users’ time by providing a fun and rewarding experience.

The platform also hosts a discord channel where users could trade their NFTs with a Community Moderator intermediating that trade. Every day, more than $10k value in NFT is being traded prompted the platform for a marketplace launch.

Mouse Haunt is a team-based multiplayer game in 3D isometric space. The Mouse Heroes team is attempting to reach the Fragrant Cheese of Yore, while the Ghost Team’s mission is to eliminate all Mouse Heroes. The Ghost Team possesses things, activate traps, and uses their own ethereal skills to kill the troublesome mice as the Mouse Heroes team shoots, dashes, and uses unique abilities as they make their way through the haunted Castle.

When a mouse dies, the plot thickens. It isn’t their fault! They reappear as Ghosts, switching teams on the fly and changing the battle’s odds. They now have a new goal to work towards, and they may earn points (and $MHT tokens) by competing against their former teammates.

Throughout the game, Mouse Haunt gives every player a fascinating experience. By creating tension that undeniably erupts in a thrilling high-action beat, the game excels at making its tranquil times feel fun.

This is accomplished using interactive music that reflects the intensity of the moment as well as the amount of information available to the participants. Mice players have limited knowledge and must remain vigilant at all times, hunting for indications as to where the ghosts might attack next. The ghost players have a wealth of information and are always planning how to surprise their opponents.