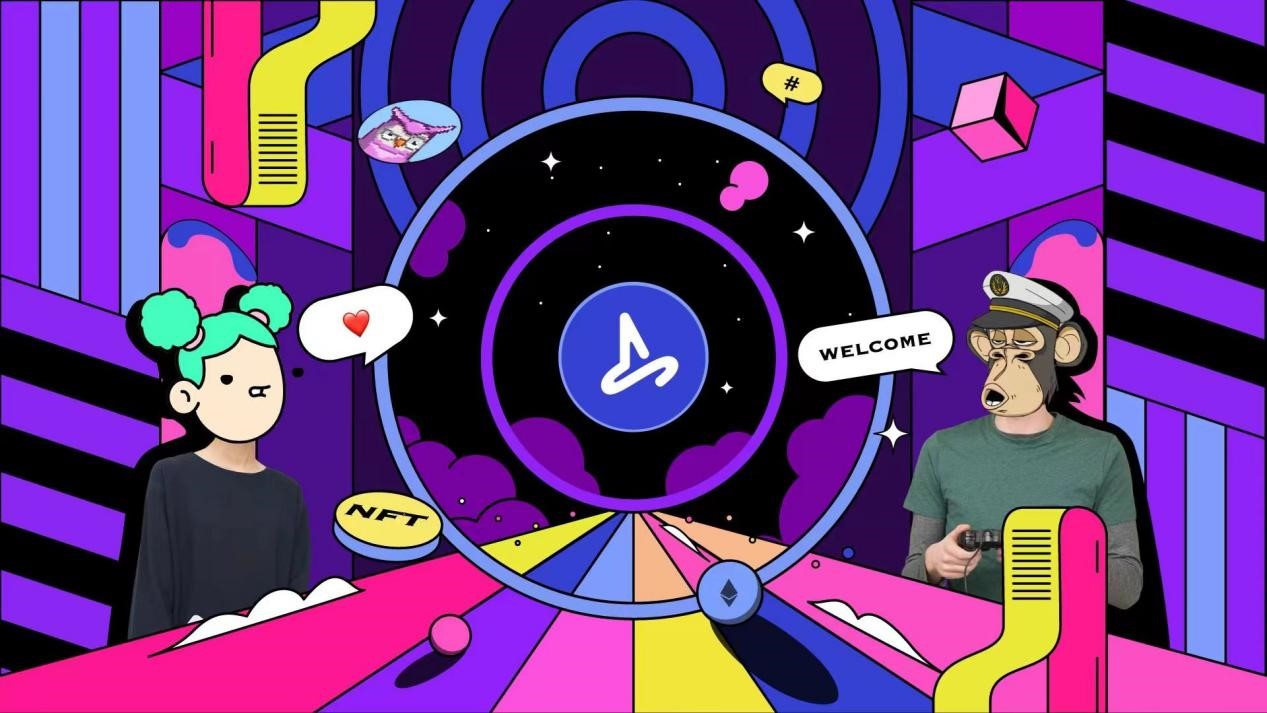 The most impressive thing about Web3 is that it is returning the rights that originally belonged to users. In Web2, users faced a serious lack in the degree of protection of assets, data, identity and other important information, while the arrival of Web3 is ensuring the ownership of users and the value of their interests from the source.

Although Web3 is still in its early stages and most of the applications currently serving users in the market are still Web2 applications, this does not prevent Web3 from developing and replacing the momentum of Web2, Web3 provides much more convenience and economic value than Web2, Web3 ensures that users are in control of their own data ownership, and in the economic distribution The principle of more equitable, Web3 development requires a large number of decentralized application protocols to support, which is like Burj Khalifa’s construction of the ground floor requires more building materials paving, so we can foresee that Web3 applications will lead to an explosion, and Stepn, Axie, Mirror and other Web3 projects are popular to prove the success of the Web3 model The success of the Web3 model. 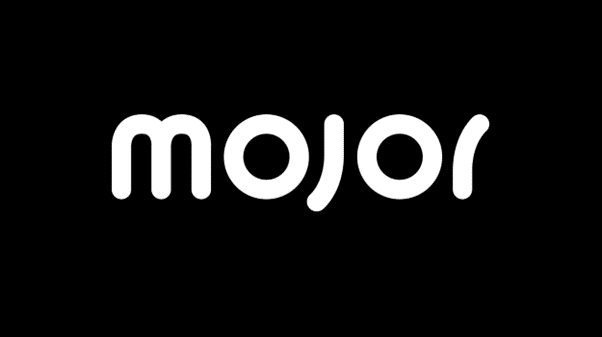 Known as the Web3 version of Keep, Stepn has gained 500,000 daily active users, $100 million in monthly revenue, and $3 million in net profit from daily transaction fees in just a few months, pushing the concept of Move to earn to the forefront and driving millions of people to participate. It can be argued that Stepn has done what Keep has not done, it has combined exercise with the token economy Closely combined, it truly brings out the economic momentum of movement and returns the right to the centralized platform earnings to the users, making them the real beneficiaries.

As a sub-sector of the Web3 and NFT track, GameFi is also a side-effect of Web3 development, giving birth to decentralized games such as Axie Infinity, which has long held the throne of the GameFi market and has been witnessed by the market since its inception, with its monthly revenue exceeding $1.3 billion in the past year. As the representative of Play-to-earn, Axie is the benchmark of Web2 traditional games, in which users cannot participate in game revenue distribution, game development or community governance, and face the possibility of being banned from game accounts at any time, while the birth of GameFi like Axie Infinity has returned the freedom of game users, economic distribution, and community governance. community governance.

Mirror is a creator platform, equivalent to Medium or Substack’s Web3 version. Mirror provides a blockchain publishing method where authors can monetize their works, and their works can be branded as NFT once published, while individuals can buy and sell articles to get royalties, which is seamlessly linked to the free creator economy advocated by Web3, where creator earnings will This is a seamless link to the free creator economy advocated by Web 3, where the creator’s revenue will be determined by the author themselves and has nothing to do with the platform, and this concept has attracted most of the original creators to use Mirror, and more importantly, Mirror will not display all the original works of the author like a centralized content platform, which fully respects the intellectual property rights of the original author.

Based on the above, we can see that the current Web3 applications are built on the original Web2 applications, such as Stepn and Axie have achieved great success, which proves the great business value of Web3, and now we are about to see a new Web3 application will lead the future, which is called Discord Web3 version of MOJOR

MOJOR is a Web3 community platform built on NFT, a one-stop service platform that truly belongs to Web3, aiming to solve the problems of high operating costs and low efficiency for Web3 community operators, cumbersome operation and poor experience for Web3 project participants. MOJOR provides services including: social, NFT transactions, bot services, DAO governance, and MOJOR is an effective tool to bridge the gap between Web 2 and Web 3; it has the following features.

First, the wallet login community to protect privacy and security

Personal privacy leakage has long been a problem faced by Web 2 users, because Web 2 platforms are retained by the central server in the process of user registration and login, while users using MOJOR can login to the community through the wallet address without registration, MOJOR does not collect any other user information other than the stored wallet, effectively preserving user privacy, while Because of the openness and transparency of user assets and behavior data on the chain, community management bots can directly assign identity groups based on the token held by the user’s wallet address, saving the trouble of repeated verification. 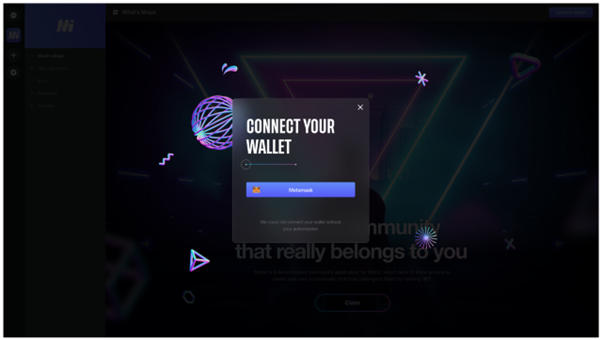 MOJOR supports users to directly search for other users’ addresses in the community to communicate, this situation can break through the bottleneck limited by Web2, because in Web2 the major platforms are not interoperable, which forms an obstacle to the communication of users from different platforms, while on MOJOR, if a user needs to buy Okey bears #666, she can directly search for the Okey bears in the community to search for the relevant NFT owner and make an offer and reach a deal, based on peer-to-peer terminal communication, which can effectively protect the social identity of both parties and achieve privacy protection. 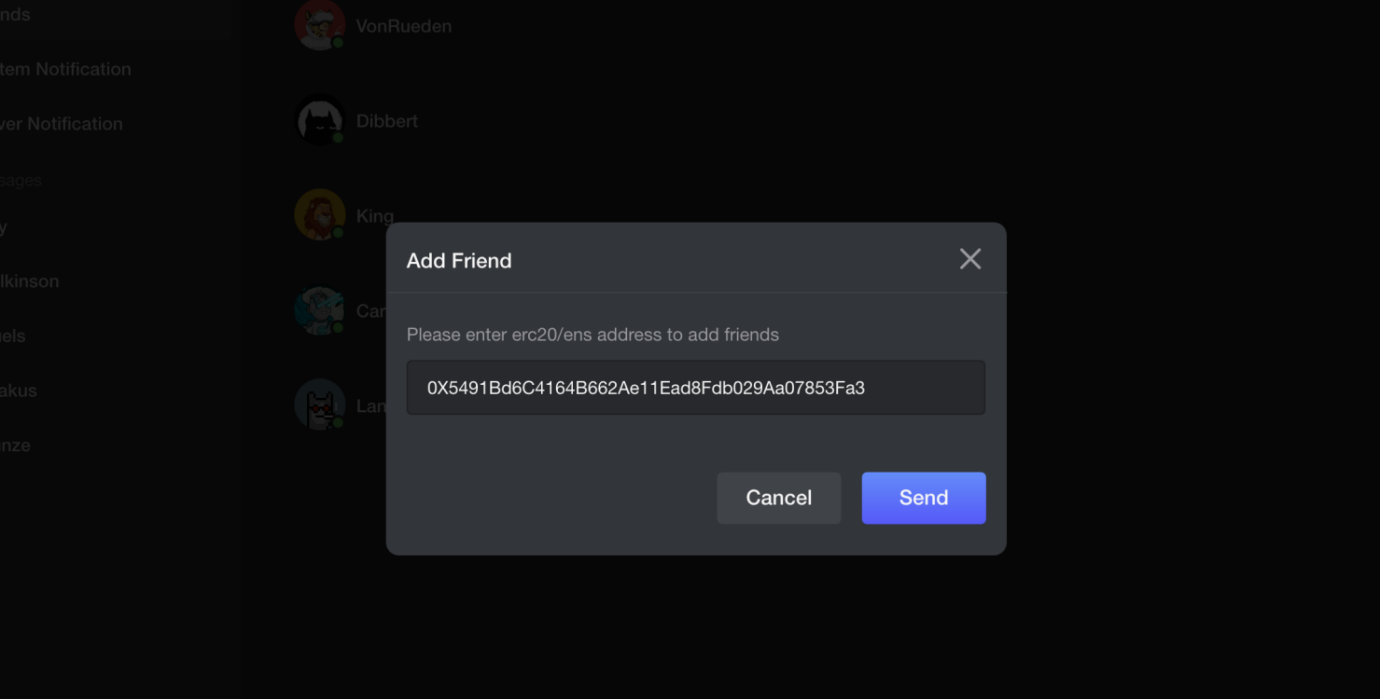 Third. NFT can be purchased directly through NFTSwap 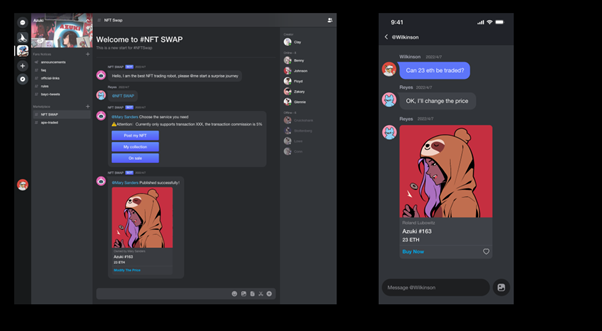 Each user who creates a community in MOJOR will cast a server NFT, with NFT gives the user absolute ownership of the server and the highest authority to become a community that truly belongs to the creator, server ownership can also be transferred to others by way of transferring the server NFT. Ownership effectively breaks the closure and confinement of community ownership by the Web2 platform. In addition to this, the BOT for each scenario of community building and governance will also improve the efficiency of community governance, such as whitelist bots, voting bots, etc. Based on this, the creators of Web3 projects can achieve more efficient governance through MOJOR and optimize community ownership and community organization through reform

Fifth. Implementing Social Genealogy for DID

MOJOR is a Web 3 social application on the level of Discord.MOJOR is a community that truly belongs to Web3 users, as it implements many features and avoids the pain points of Web2 social applications.MOJOR is a community platform, but also a necessary tool for Web3 project development, it has built-in NFT trading platform, BOT, social features to help Web3 projects more efficient development, as the scale of Web3 users continue to expand, MOJOR will open more features, such as multi-chain wallet, community cross-chain transactions, to provide more community needs and development MOJOR will open up more functions and bots to help more Web3 startup teams and DAO organizations develop.