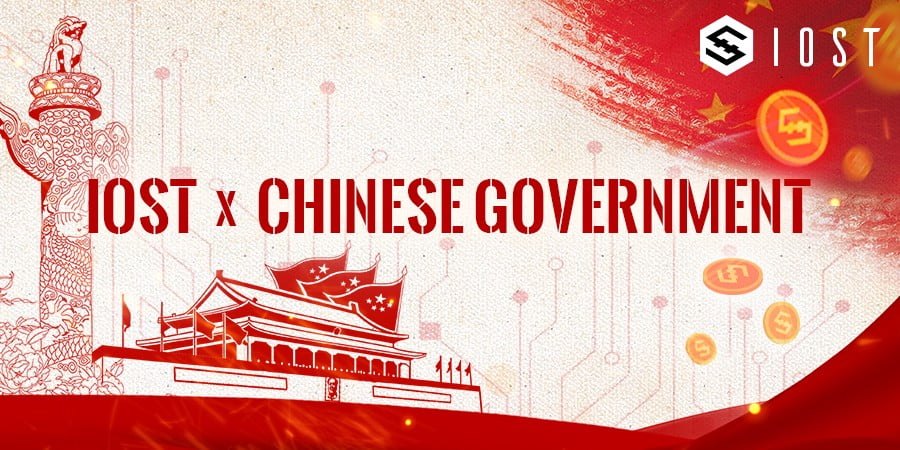 IOST continues to make headlines as the first blockchain project invited to lecture to the Chinese government. IOST reinforces its position as a blockchain leader in China through key alliances with the Government entities, this time- the National Archives Administration (NAA), the national agency under the China Central Committee of the Communist Party responsible for historical records of the state dating back to imperial times in China.

The NAA invited IOST’s Co-founder Terry Wang as an industry expert to lecture on blockchain technology development trends and application to the Chinese government leaders. In this lecture, Terry expounded the development trend of blockchain technology and the current status of China’s blockchain industry, the innovative application of IOST & its BaaS platform in maintaining the sacredness and authenticity of the historical evidence of China.

A total of 350 people including Chen Shiju, deputy director of the Central Office, members of the leadership team of the National Archives Bureau, and representatives of some cadres and employees attended the special lecture at the main venue and branch venues.

This momentous achievement paves the way for further adoption of IOST blockchain technology in China by the Chinese government, Chinese industry leaders, and major enterprises. IOST’s growing recognition by the China government and enterprises will promote the development of IOST’s robust ecosystem, and unlock more future potentials of its innovative, unique, and leading technology.

For the uninitiated, IOST has become a major representative of public chains in China for being the first project invited by the China national television CGTV. This was followed by IOST being featured on multiple national publications & news agencies such as people.cn & Xinhua. Notably, IOST was the first and only blockchain project invited to attend the prestigious forum by China’s China’s Great Hall Of The People to deliver a speech to State Leaders, Mayors, and CEOs. During the same event, IOST was also recognized as a standing member of the Consensus Committee under the China Software Association. IOST’s Enterprise Arm was selected As “2019 Chinese Blockchain Technology Innovation Enterprise” at the 2019 Blockchain Technology and Industry Innovation and Development Conference

On a recent note, China Electronics and Information Industry Development Institute (CCID Research Institute) put IOST at 1st for Basic Technology and at a respectful 4th position overall — rising up a spot from its rank in the previous period.

The National Archives Administration (NAA) of China is the national administrative agency responsible for historical records of the state dating back to imperial times in China. The archive collections include more than 800,000 records. There are more than 80 million items of information in documents, records, files, manuscripts on important political figures. The agency also concurrently holds records for the Communist Party of China.

Shiju Chendeputy Director of General Office of CPC Central Committee, leading group members of the NAA and some representatives of cadres and workers attended the special lecture by IOST’s Terry last Friday, 19 June 2020.

IOST’s Node Program is widely praised as the globally leading staking program by numerous blockchain research institutions with attractive returns, low risk, and ease of use are some of the key program highlights. To learn more and participate in one of the world’s top staking program, please visit:

If you would like to hang out with the IOST community on chat, social media or to discuss product development, we have something for everyone: