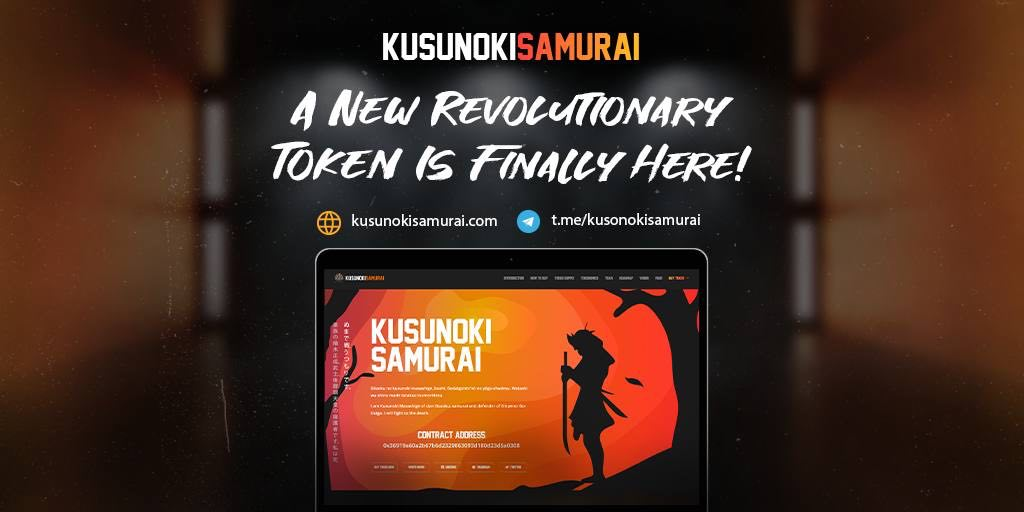 We’ve long been fascinated by samurai culture. This widely revered class of warriors is one that carries with it a cultural cache that exists even to this day. We wanted to bring this world alive in our soon to be released game Kusunoki Samurai and we’ve done so in a way that pulls this ancient history into the modern era.

And it starts through the eyes of Kusunoki Masashige.

What is the Game All About?

Kusunoki Samurai is a new and innovative role-playing game that is built on a foundation of blockchain technology. The game follows the life of our main protagonist as he navigates 14th-century life, in service of Emperor Go-Daigo. As you explore the world and complete quests, you’ll gain a greater appreciation for the ethos and values of the samurai, while simultaneously putting your skills to the test along the way.

Along the way you’ll meet the renowned warrior and scribe Miyamoto Musashi, the lone female samurai Tomoe Gozen, masterful manager of operations Toyotomi Hideyoshi, and the project coordinator Takeda Shingen. Together with these vibrant characters, your job is to maneuver through the world and fulfill your potential as one of the greatest samurais the world has ever seen.

It’s a compelling and engaging plot that is bound to keep players entertained for hours at a time. This is something that you don’t want to miss.

We’ve worked very hard to ensure that our game is in tune with the latest cutting-edge innovations of our era. As such, we are leaning into the metaverse which is quickly gaining traction as the next technological frontier. Kusunoki Samurai will incorporate aspects of both augmented reality (AR) and virtual reality (VR) to create a world that is fully immersive and incredibly realistic – so that you can experience the samurai life in all its vivid detail.

Our designers are going above and beyond to craft environments that not only speak to the historical realities of the time but also push the boundaries of what’s possible in terms of graphics. All this comes together to create a one-of-a-kind roleplaying game that you won’t want to put down. By stepping into the metaverse, you’ll feel like you’ve left real life behind and you’ll be thrust into a time you never thought you’d have the chance to experience.

Another key piece of technology that is at the heart of the game is the native integration of cryptocurrency. This comes in the form of the Kusunoki Token, a token that plays a significant role in the game world. By completing quests you’ll be able to earn these tokens and they can then be used to purchase various items such as armor, weapons, and other assets that will help in the game.

However, what makes it special is that the token doesn’t only have a role in the game as a means of exchange. This is because it is a cryptocurrency, it makes it imminently tradeable with other similar coins – allowing you to transfer the value you create in the game and turn it into money in the real world. For example, imagine earning a bunch of Kusunoki Token in the game and then being able to trade it for Bitcoin, Ethereum, or a range of other altcoins in the wider crypto ecosystem.

This is important to us because our mission for the game is to bring more people into the world of cryptocurrency and we want to use the game to do that. By integrating this token throughout the gameplay experience, we can effortlessly onboard new people without overwhelming them, giving them a chance to experiment with cryptocurrency in an approachable way.

Building on the base of the cryptocurrency, the game will also issue NFTs for many of the in-game items, making them immediately tradeable and part of the digital ecosystem proper.  These NFTs will carry with them some scarcity, but more importantly – will enable advanced functionality within the game. By acquiring and leveraging these NFTs, players can push to higher levels and unlock even greater accomplishments in the virtual world.

We anticipate that this will help to facilitate a free-flowing community around the game and reward players who fully immerse themselves in the ecosystem. By creating this NFT economy around the game we hope to allow people a space to explore these new technologies in an engaging way.

The Wider Mission of the Game

As we alluded to earlier, our deeper mission for this game is to demystify the world of cryptocurrency and democratize access to this innovative new technology. There’s a common misconception that to participate in this new future, you need extensive financial knowledge and huge amounts of capital to get started. That’s simply not the case, and we hope to use this game to bust the myth.

We see Kusunoki Samurai as a trojan horse to show the gaming community how a game can transcend its borders when integrated natively with Web 3.0 infrastructure. When players start, they don’t have to understand the intricacies of cryptocurrency. Their initial exposure will be through the in-game transactions that are immediately familiar to them. However, as the hype grows and players start to explore what is possible, the world of cryptocurrency will open to them. This method of slow education is the best way to encourage curiosity and to do so through a game platform makes it accessible to everyone.

We are incredibly excited about the potential, and we cannot wait to bring the game to market once developed. If you would like to follow along on the journey, please do get in touch and be a part of the initial roll-out in the coming future. It’s games like this that can really bring people together and we hope to nurture a community of people that fully embrace the world of the samurai and the world of cryptocurrency at the same time.

This is a space to watch. You don’t want to miss out on this one.