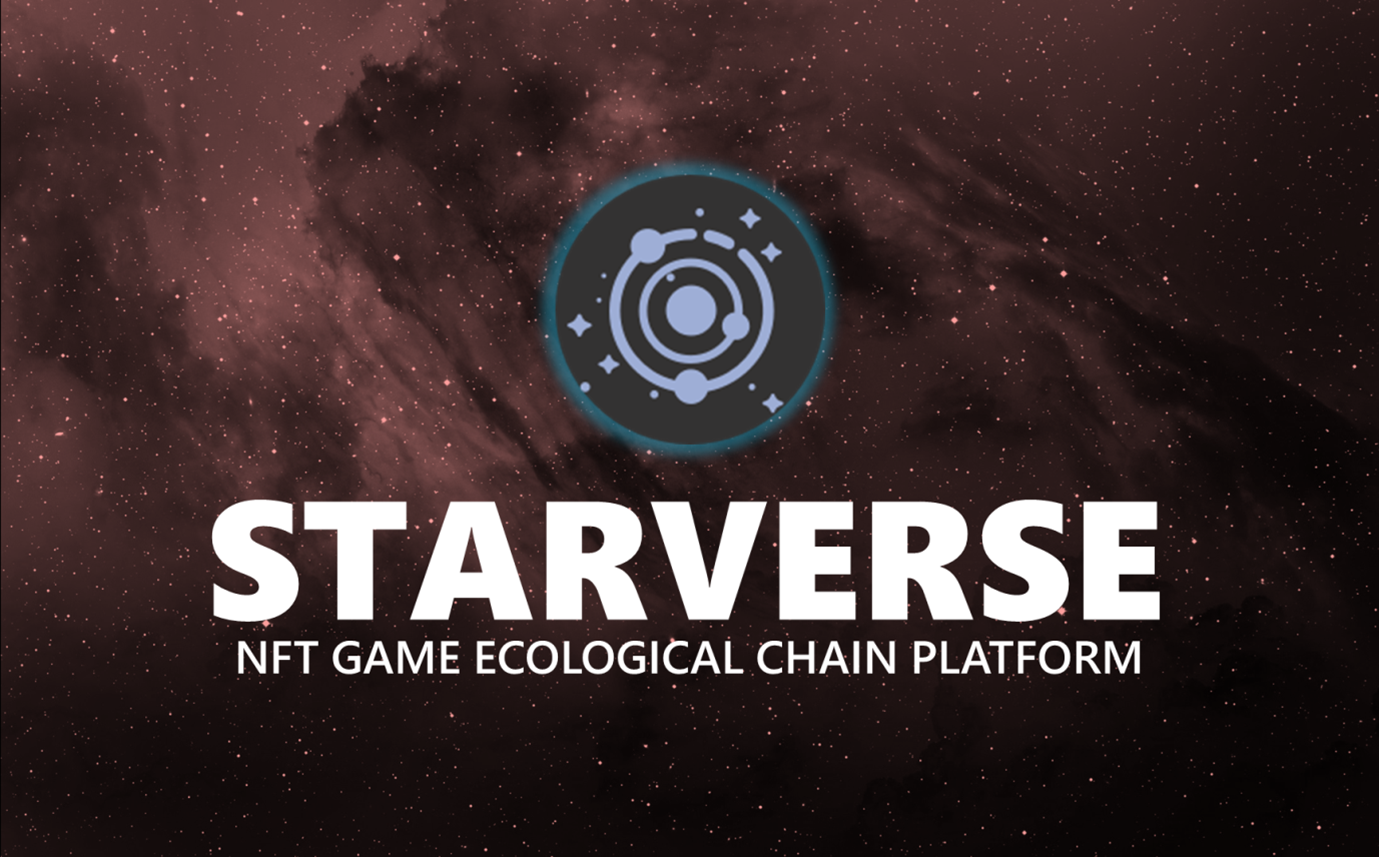 GameFi, as a cutting-edge industry using Web 3.0 technologies, has achieved great success in the past two years. But as the bubble dissipated, all that remained were beginners who were played for a sucker. Even Axie, which once became the most profitable blockchain game, could not escape the situation where its performance was cut in half.

How did this happen? This is because the project itself is the result of heavy promotion and the hype of capital. Although they have the foundation of Web3.0, the core of these GameFi projects is still Web2.0. The purpose of its existence is to provide essential services for project parties and not for the players themselves. The NFTs and tokens that players invested heavily will be worthless after large number of speculators sell off at a high level, and the game economic system will collapse in the end.

After realising this wonderful business opportunities, many excellent game developers have entered the GameFi track this year and started to develop high-quality games. Will their entry change the GameFi industry once and for all? Does it mean GameFi has entered a new page of its journey?

The answer is no. Reason is simple, the essence has not changed! NFTs and tokens in games still relies on the game itself. No matter how excellent a game is constructed, its life cycle is limited, and its life expectancy will become lesser and lesser. If GameFi still evolves according to this model, the future is self-evident. This model itself goes against the original intention of Web 3.0 based on the needs and interests of users.

The reason why Web3.0 appears and gradually replaces Web2.0 is that Web3.0 will break the monopoly of data and wealth by a few platform vendors during the Web2.0 period. It can be said that the value of Web3.0 is based on the needs and interests of users as the core starting point, rather than the platform value in the Web2.0 era.

Web3.0 guarantees the privacy of users and the security of user assets from a technical level. But what users need is not only privacy and security, but also that the digital assets they own will always have their value or even increase in value. However, most users do not have an objective understanding of Web 3.0, which often leads to buying the wrong assets and suffering irreparable losses.

How can the user’s assets continue to appreciate in value?

StarVerse Game has come up with a brand-new solution to this problem. They have created a complete ecological chain with NFT as the core. Around these NFTs, StarVerse Game will continue to operate a variety of game applications and supporting ecological services. That is to say, the NFT held by the user can be used across multiple game applications on the platform. You can choose according to your own preferences and interests. Each game has different modes and operating systems, and these game applications are also a part of the entire ecosystem. 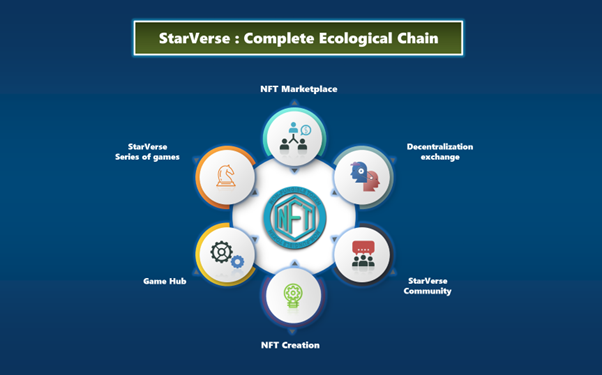 NFT as the core value in the ecological chain

How does the StarVerse Game continue to work?

First, the NFT and tokens of the ecological chain are issued in a limited manner in public source manner.

Second, the entire platform realizes a closed loop of the industry chain through a variety of services so that new game applications and functions can be continuously developed according to the needs of users.

Third, fantastic scalability, in addition to the self-developed game applications of StarVerse Game, the platform can also access third-party game applications, share resources with more participants, enrich the content of the platform, and jointly enjoy the dividends of platform development.

Therefore, in the ecological chain of StarVerse Game, the value of NFTs purchased by users will not depreciate due to the decline of the game, and NFTs and tokens will naturally increase in liquidity with the increase in the number of game applications, thereby steadily increasing in value. This is what the players have always been seeking for and is also the original intention of StarVerse Game platform. 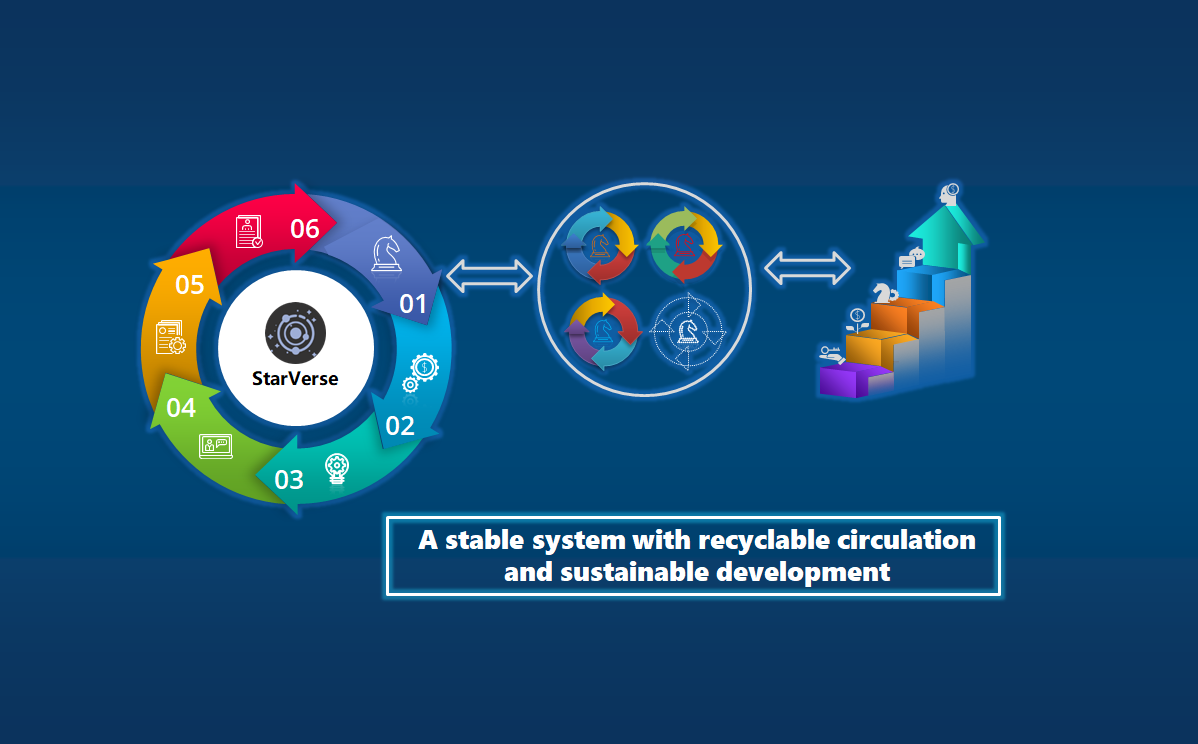 1) NFT: StarVerse Game chose a highly expandable pet image in the selection of NFT. Cute pets can appear as characters in any game application.

2) SVGC: As the only token of the game platform, it is limited to 100 million pieces.

3) Swap: a decentralized exchange for players to exchange mainstream currencies and platform tokens.

4) Marketplace: Users can freely trade NFTs. NFTs are not limited to NFTs issued by the platform. As long as they are NFTs minted by the BSC BEP721 standard, they can be traded.

5) NFT Creation: Users can directly design their own NFT images and import them into game applications on the platform.

7) Open API: The platform will also open APIs for more game application developers free of charge, and the games or applications connected to the platform will obtain user traffic and meet the needs of different groups of people through their own characteristics and operational capabilities.

8) Player community: Create customized communities according to different categories of users to make communication and interaction between users more effective.

9) Games: The first game “Pet Star Wars” on the platform has been in operation for six months, and the numbers of users are increasing dramatically. The second game “Winner Pet” is also in the testing phase. It is expected to be released in mid-January 2023.

StarVerse is a complete ecological chain built around NFT. It continuously creates opportunities for the platform through perfect functional services, develops more game application scenarios so that the NFT in the hands of users can continue to generate value, truly realizes the closed loop, and achieves the effect of sustainable development. 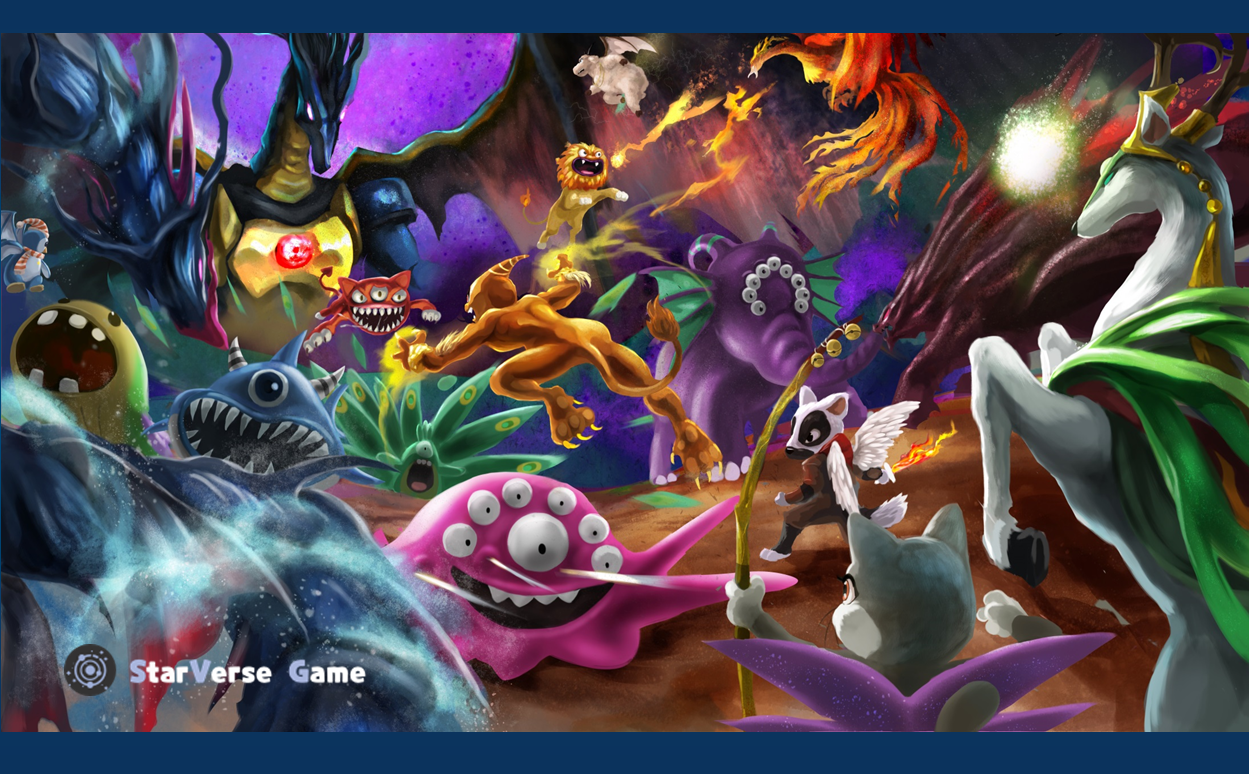 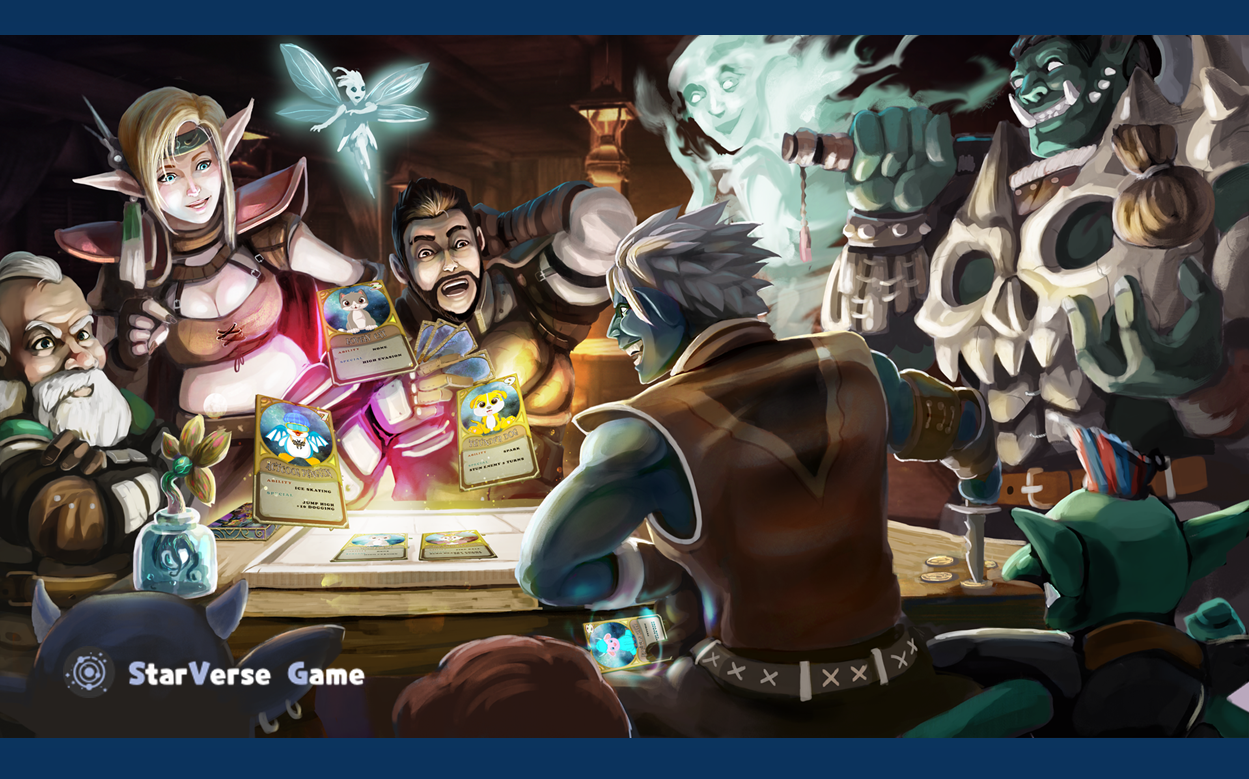 Recognized by users from all over the world

Founded in 2022, StarVerse Game is an innovative game company in New Zealand. The core team consists of elites who have long been engaged in the financial industry.

Limited by the size of the local market in New Zealand, the team focused on overseas promotion. Among the many promotion countries, there are also several game guilds in China who were attracted by the innovative model of StarVerse Game, and thus began to carry out continuous cooperation as soon as the platform was launched.

As the operation of the first game entered the growth period, the number of users began to increase gradually. When the second game is launched, it is bound to bring a wave of climax.

The current Web3.0 is still a technology waiting to be further explored. This technology only exists because users are dissatisfied with the monopolies on the Internet. If Web 3.0 is only used as a technology to maintain the current pattern of the Internet, it will doom to fail. And StarVerse Game, which aims to protect users’ privacy, asset security, and value, will open a new direction for the real GameFi2.0 in the Web3.0 era!