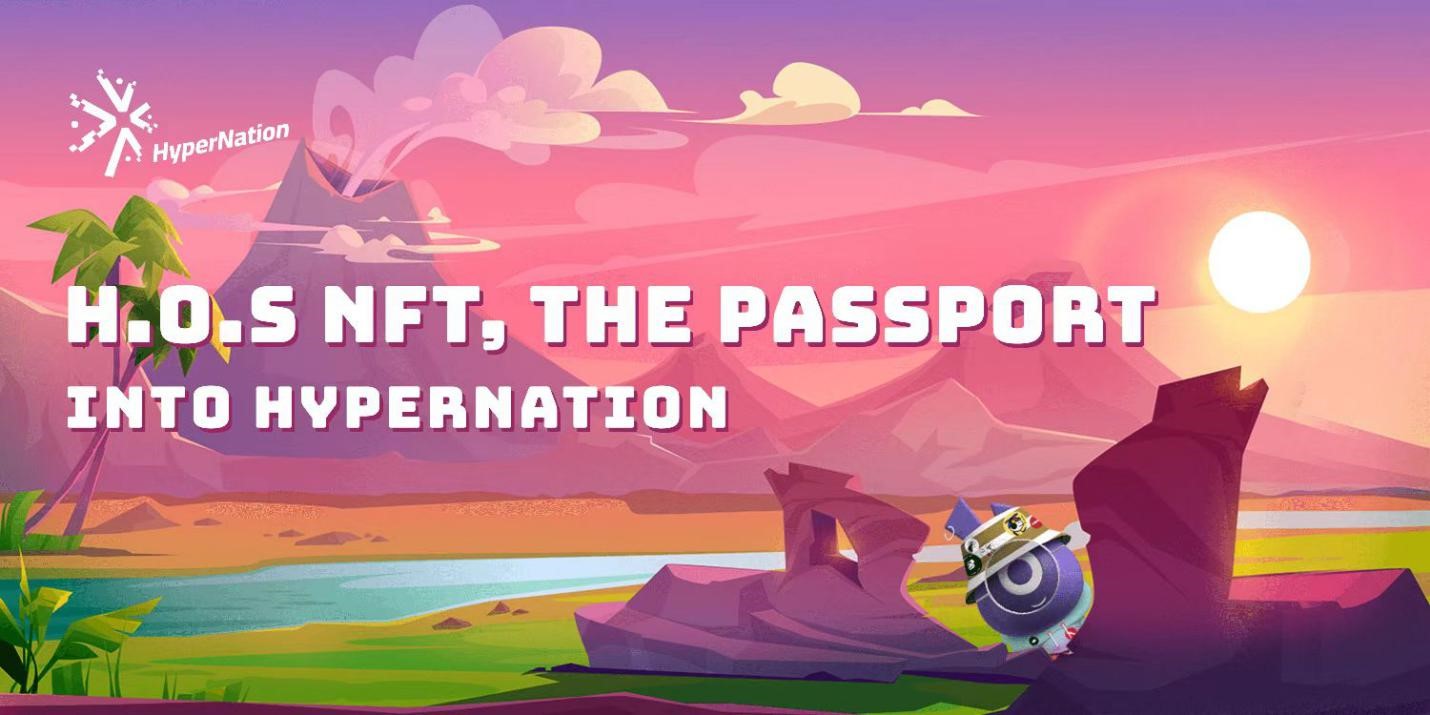 HyperNation’s event launch sales on HITCHHIKER OF STAR (H.O.S) went out like wildfire

This May, Hitchhiker of Star became the most valuable NFT collectible in history in conjunction with the official entry of HyperNation in the Metaverse.

On May 23, after the full, orderly preparations and joint efforts of many parties, the online conference officially organized by HyperNation was successfully held in a grand fashion.

This conference not only invited industry leaders and community KOLs to share about HyperNation. Members of HyperNation, industry guests, various media, and investors also participated enthusiastically.

The event officially opened with the broadcast of NFT videos. The wonderful videos vividly explained how the value of NFT is reflected as well as provide an in-depth exploration of NFT. Afterward, the host of the conference solemnly introduced the distinguished guests and announced the official opening of the conference.

In the video of HyperNation, Mr.H introduced the wonderful design, gameplay, development prospects and value, and technical support of HyperNation, HyperNFT, and H.O.S NFT from multiple perspectives, strengthening users’ deep understanding of the project.

After the video was played, the host of the conference announced the official sale of HOS NFT. This is followed by a display of the NFT alongside a detailed video introduction.

Then, the premier guests of the conference launched a lively AMA interaction around the theme of HyperNation.

The guests introduced the applications of HyperNation, HyperNFT, and H.O.S respectively, and conducted a multi-level analysis on the pain points of the development of the NFT industry and how to expand the Metaverse.

While actively exploring the NFT industry, they seek a more holistic ecology and more fusion between fields, and to create values that belong to HyperNation.

They also pointed out that the H.O.S project is a boutique industry, truly valuable, unique, and original NFT with financial attributes. Its future prospects and long-term value should not be underestimated. Finally, HyperNation conducted a lucky draw session, which pushed the conference to its climax. In this lucky draw, a total of 3 users were randomly selected by the official Twitter draw and they won prizes worth $120,000.

That day, the first NFT project of HyperNation, Hitchhiker of Star was released, and they were completely sold out within 40 minutes. The reason why this NFT product has attracted much attention is inseparable from the influence of HyperNation. On the day of the release, HyperNation users waited early in front of the computer, and a large number of users poured into the sales channel as soon as the platform was opened.

It is understood that the NFT project Hitchhiker of Star is a collection of 10,000 digital collectibles generated by algorithms, which can double as a HyperNation pass. In addition to its artistic value, this NFT has multiple empowering values and enjoys other online and offline rights and interests.

This conference provides HyperNation users with a private and meaningful opportunity to gather and experience the ecology of HyperNation in the metaverse, where they can participate and enjoy the latest information. It is not just a grand conference. It is the communication, experience, thought, and efficient empowerment of HyperNation for the entire industry.

HyperNFT: HyperNFT is a comprehensive first-level NFT platform for NFT digital assets on-chain, issuance, exposure, whitelist casting, and acquisition. HyperNFT has a rich whitelist of NFT minting types, and users can mint NFT directly from the project side.

Creators usually experience a high barrier of entry into the NFT market, hence HyperNFT lowers this by acting as a gathering place for high-quality blue-chip projects.

The distribution platform gives exposure to high-quality projects, at the same time, accumulates users for the early stage of the projects and reduces the operational burden. It also provides a selection of high-quality projects and serves as a place of early participation for Web3 users. Compared to other NFT issuance platforms, HyperNFT focuses more on whitelist minting.

Hitchhiker of Star is the first NFT to work with the HyperNFT platform. The NFT project will be sold on HyperNFT in the form of a mystery box.

The various doll designs of HOS NFT incorporate the image of the world’s most popular animation, IP Minions.

At the same time, these have extremely high practical value and can be integrated with other metaverse platforms, enabling the NFT holder to obtain long-term, sustainable, and high-value returns.

This value is reflected in the sales of the HOS NFT which were completely sold out. Hence an additional 5000 Whitelist has been opened to cater to the rising demand. Hitchhiker of Star has good prospects and long-term value, supported by its popularity and predictable high returns.