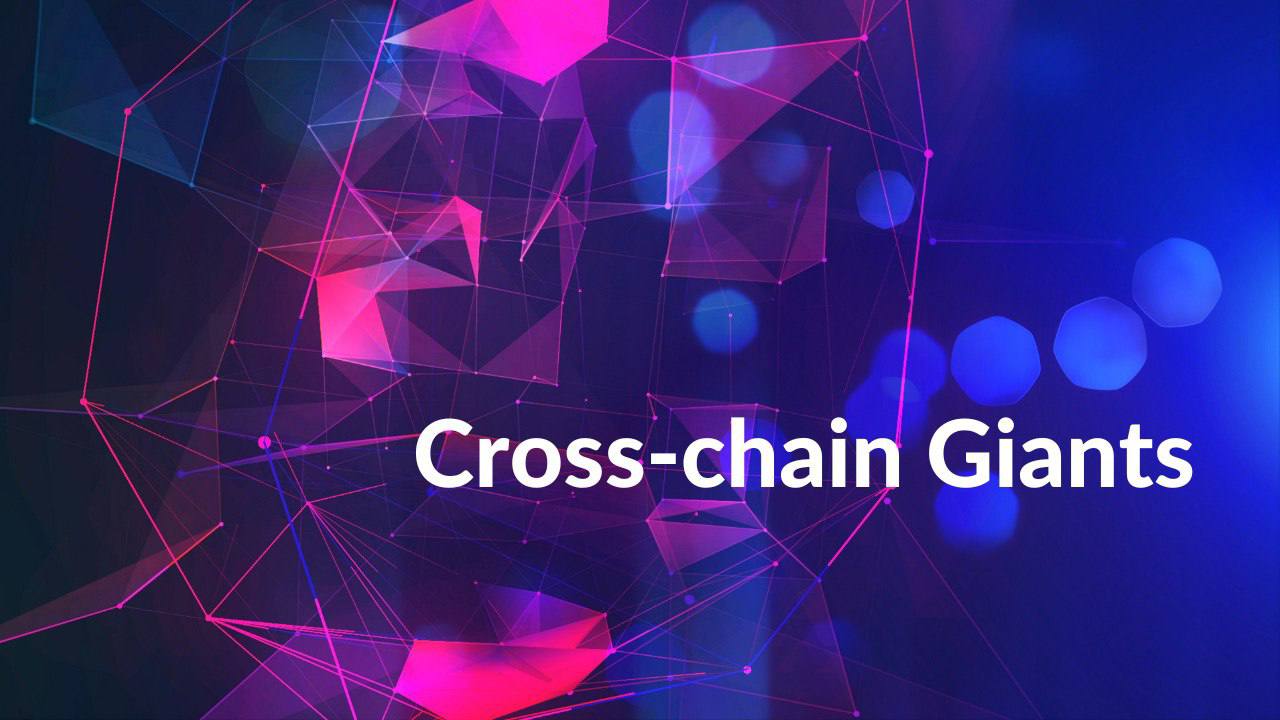 Innovation of Web3 technology continues to proliferate. During the last bull market (starting from just prior to DeFi Summer 2020), a significant number of projects with novel applications emerged, receiving the attention of venture capital, as well as wider community support.

Technology and markets in Web3 move rapidly, and the latest bull run showed us the types of projects that achieved the highest usage and valuations from investors. New layer1 protocols emerged, such as SOL and AVAX, and oracles, such as LINK and BAND, and also we witnessed the advent of DEXs such as UNI and dYdX. Yet it was important for investors to recognize these projects when they are in their infancy, and prior to the bull run momentum before their valuations get “priced-in.” Thus, it would be good to prepare now for where markets are moving towards in anticipation of the next bull run.

The cross-chain world in particular is laying the Web3 lego infrastructure today that will be utilized and scaled over the coming years, and this will be a major theme for investors during this next cycle, and more cycles after that. Bridging, aggregation and other infrastructure and applications of our multichain future will be what a maturing class of Web3 users will be utilizing, with expectations of improved security and user experiences, and an area where investors will be placing their focus and capital.

The next bull run will be the time when we see the new waves of exciting projects that will reach usage and valuations comparable to, or even perhaps higher than, those related only to single chain environments, such as SOL and AVAX. It is with this premise in mind that we can project this trend forward 2 or 3 years into the future to anticipate what may come as isolated island infrastructure coalesces and new cross-chain innovation accelerates a blockchain-based internet where under the hood technologies become more invisible delivering a seamless user-friendly experience for Web3

One important project is Wormhole, which is a cross-chain bridge. Wormhole is an asset cross-chain dApp jointly developed by Solana and Certus.One. It was originally created to realize bi-directional transfers between Ethereum and Solana assets. But now Wormhole can also realize cross-chain asset transfer between other ecosystems such as Ethereum and Polygon. The cross-chain advantage of Wormhole is that it allows users to directly convert Ethereum ERC-20 assets into Solana’s SPL standard assets and vice versa, creating commerce and ecosystem network effects. At present, the ecosystems supported by Wormhole include BSC, Avalanche, Polygon, Fantom, Oasis, Aurora, Karura, Acala and Celo in addition to Solana and Ethereum. Wormhole’s TVL data exceeded $1 billion earlier this year having recently raised $187 million at a fully diluted valuation of $2.5 billion. The project is mainly supported by Jump Crypto amongst others. Wormhole is expected to become one of the leading projects in the future cross-chain world and making strides as an industry standard.

This technology solution offers an omni-chain interoperability protocol that realizes cross-chain application coordination with low level communication primitive. LayerZero is a user-application configurable on-chain endpoint that runs a universal linking network and relies on two parties to transfer messages between on-chain endpoints. In September 2020 LayerZero announced a $6 million Series A round co-led by Multicoin Capital and Binance Labs as the project from Canada came out of its stealth development phase, just seven months later they raised $135 million in Series A extension at a $1 billion valuation in a round co-led by Andreessen Horowitz (a16z) Coinbase (COIN) Ventures, PayPal (PYPL) Ventures, Tiger Global and Uniswap Labs (UNI), and are anticipated to complete their next funding round at a valuation of approximately $3 billion. Providing a communications layer for our cross-chain future, and a footprint that continues to grow, LayerZero is in a strong position to become a cross-chain giant during the next bull market. .

Another project with top C-suite and technical development pedigree is Golden Gate (GGX). This project has been developing in stealth by a mostly self-funded team that previously developed key components of Web3’s “Generation-Zero” (i.e. Pre-Cross-chain) isolated infrastructure stage, such as layer1 protocols, middleware and bridges. Golden Gate is utilizing ZK roll-ups to develop a multi-chain communications layer and advanced liquidity routing protocol over a network of decentralized independent subchains. Their focus centers around smart-token routing capabilities, a global price discovery oracle and molecular swaps utilizing stable-to-stable chain-to-chain routing, while improving security through a chain-based solution for composability. This is important Web3 innovation given the various vulnerabilities we have seen over the past year in the cross-chain space. Golden Gate proposes to be an ‘ultra compatible’ sublayer network for the coming iteration of our Web3 next-generation cross-chain future, and another one of the potential giants to watch for and adopt over the coming years, as venture capital seeks to uncover emerging technologies and projects for the next bull market.

LI.FI is a project from Germany that announced its latest funding round led by Coinbase Ventures and 1kx. This round of financing was US$5.5 million, and was participated by Dragonfly Capital, Scalar, RockTree Capital and Lattice Capital.

LI.FI is a bridge and DEX aggregator that also provides aspects of the lego infrastructure and fast scaling use by simplifying cross-chain liquidity for users. LI.FI offers cross-chain transactions within a single interface, simplifying the user experience and delivering low-cost transfers. However, unlike Layer Zero, LI.FI still needs to hold a certain amount of native tokens on the target chain as gas fee to conduct transactions. Their LI.FI widget is also a quick gateway that allows builders to quickly incorporate the dApp into any other project. Developers can access LI.FI’s product stack which contains some of the most important bridges, without having to implement any bridges themselves. LI.FI also connects bridges to DEXs with DEX aggregation, allowing on-chain and off-chain asset exchanges. LI.FI provides all this functionality into an SDK (software development kit) which builders can use and is integrated across 14 different blockchains, and growing, making LI.FI one of the future projects to watch, as giants emerge leading to the next bull market.

It is also worth noting that the cross-chain industry has always been one of the sectors with security issues particularly lately with respect to bridging solutions. For example, Multichain lost about $1.43 million last year due to a parameter call vulnerability; Wormhole lost about $320 million at the beginning of this year due to a forged verification signature vulnerability (Jump Crypto injected funds to rectify the loss); and Nomad recently lost about $150 million, because of an asset verification vulnerability.

In addition to the above-mentioned bridges with security issues, last year’s Poly Network lost about $610 million due to the replacement of the validator’s public key in the relay chain last year (subsequently returned by white hat hackers); The Axie Infinity sidechain Ronin Network recently lost over $600 million due to an attack on its validator nodes. Thus innovation that can address these vulnerabilities will attract the highest number of users and valuations during the next cycle.

Multichain (formerly AnySwap) is one of the more established mainstream protocols in the current cross-chain bridge area. In the past, the total amount of assets locked by Multichain reached $4.56 billion, with support for 20 ecosystems and supporting more than 948 types of assets. At the beginning of this year Multichain announced the completion of $60 million in financing. The round was led by Binance Labs, with participation from Sequoia China, IDG Capital, DeFiance Capital, Circle Ventures, Tron Foundation, Hypersphere Ventures, Primitive Ventures, Magic Ventures and HashKey who all understand the cross-chain bridge protocol’s advancements in the space.

From a deep technical point of view, Multichain is a distributed threshold signature algorithm (TSS) based on secure multi party computing (SMPC) composed of multiple MPC NODEs. The cross-chain method of Multichain is also one of the industry’s adopted mainstream methods of cross-chain liquidity where they use 24 nodes to achieve consensus and confirm transactions. As one of the leading protocols in the current cross-chain bridge field, Multichain has maintained strong momentum in terms of its development, even after the market cooled off over this last phase of the current cycle.

During this bear market and onto the next bull market, we will witness Web3’s isolated island infrastructure merge to form a new blockchain-based internet that will look more like the combined networks we see underpinning Web2 today. The projects listed above are some of the exciting technologies that are solving for our cross-chain Web3 future and worthy of our attention, both in terms of technical advancement and valuation growth. When the next bull market comes, it is expected that under the premise of ensuring extreme security, these infrastructure protocols and applications will become new giants in our future cross-chain world. You may have to wait until the next bull run, or even the bull run after that, just to see how large some of these legos of infrastructure and application will actually become and what select few will be the new titans of our cross-chain future.