The meme coin market has gone to the dogs. But cat-themed token Big Eyes Token is on a mission to change this.

Meme coins have had an interesting history in the crypto market, with nearly a decade behind them after the launch of Dogecoin (DOGE) in 2013. However, the market has always found itself under scrutiny, with some in the crypto ecosystem criticising these tokens for their lack of utility and occasional divulsion into vapourware.

In this article, we will be looking at the history of meme coins with the standards set by Dogecoin (DOGE), built upon by Shiba Inu (SHIB), and now being fiercely challenged by Big Eyes Token (BIG). Keep on reading to find out more.

What Is A Meme Coin?

Before going any further, it is essential to understand just what a meme is, and how the crypto industry has utilised them into their own subsection of the market.

Meme, As Coined By Richard Dawkins

The term meme can be traced back to Richard Dawkins’ seminal 1976 text, ‘A Selfish Gene’. In this book, Dawkins describes memes as a cultural gene, which is passed down through time with gradual alterations along the way. He uses examples such as fashion, food, and architecture in this work, however, in the current age of the Internet the idea of a meme has become somewhat twisted.

In the digital age, a meme refers to a piece of media which has circulated the online landscape, being altered and shared as it goes. These alternations are then also altered and shared, creating an online trend with a multitude of alternatives all based on a single media item.

Doge, And The Birth Of Meme Coins

One of the most popular memes of 2013 was doge, which showed the image of a Shiba Inu dog alongside comic sans font text. The image was easy to copy and alter, making it extremely prevalent in the internet cultural zeitgeist of the time.

In 2013 cryptocurrency was still in its infancy, with Bitcoin (BTC) having launched only four years prior and still being worth under $1000 for the majority of the year. However, that didn’t stop developers Billy Markus and Jackson Palmer from getting in on the action, by combining blockchain technology with the year’s hottest meme. 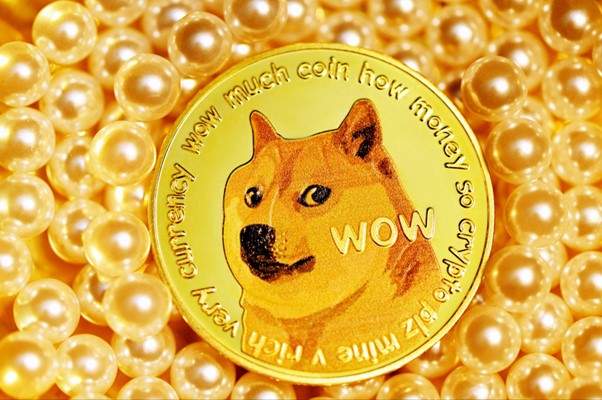 Why Was Dogecoin (DOGE) Successful?

It is important to remember, firstly, that Dogecoin’s (DOGE) success was not immediate. Instead, its popularity was grown over several years, before exploding in 2021.

Dogecoin’s (DOGE) success can be explained by two primary factors: their simplification of crypto, and capitalisation on a trend. They were able to take an idea and run with it, finding utility for the token as the community around it grew which eventually led to an explosion of growth in 2021 after being routinely promoted by Elon Musk.

What Dogecoin (DOGE) also set a precedence for, however, was that meme coins did not need a wide utility to be successful. It was created in 2013 when crypto technology was still young, so it is understandable why the token lacks some of the utility seen in contemporary crypto projects.

However, even in 2013, the tokens focus on demystifying crypto by capitalising on a meme left the token with little express purpose. Its purpose was one that it found over time, propelled by its success, however, in doing so made token utility a secondary factor to consider for meme tokens following in their footsteps.

To see how this has affected meme coins in the long run, consider Shiba Inu (SHIB), which launched as direct competition to Dogecoin (DOGE) in 2020.

Being the original and most successful meme coin on the market, it is no surprise that many have noticed the potential value in meme coins. This has led to a multitude of dog-themed meme coins entering the market as a response.

Like a traditional internet meme, these tokens took the concepts presented by Dogecoin (DOGE) and warped them, while keeping a majority of the base information the same. Shiba Inu (SHIB) is just one example, whose explosion into the crypto market was not only unexpected but completely unprecedented.

However, what Shiba Inu (SHIB) also shared with Dogecoin (DOGE) was a lack of utility, with the token upon launch having a limited use case outside of buying and selling. These tokens explode due to popularity and community effort- the utility is often figured out afterwards.

This slack of immediate utility has led some to dismiss the meme coin market, seeing it as a poor investment due to the minimal use case and small likelihood of success. This is something that Big Eyes Token (BIG) is planning to challenge, with their defiant cat coin project.

Big Eyes Token (BIG), The Cat Coin With A Cause

The lack of utility amongst Dogecoin (DOGE) inspired meme coins is something that Big     Eyes Token is actively rebelling against, with its wide range of utilities designed from the very start. These utilities not only allow the coin to hold more legitimacy to those with doubts regarding meme coins but allow the token’s adversity to DOGE and SHIB immediately apparent.

What Is Big Eyes Token (BIG)?

Big Eyes Token is a community-focused DeFi meme coin built on the Ethereum (ETH) network, with a focus on endearing cuteness that will draw in an audience and hold them.

The token will benefit from an active economy thanks to its dynamic tax system, boosted by a lack of taxes or fees on transactions for users. This will encourage routine trade and engagement, which will allow the token’s value to grow and the community to expand.

Aside from the BIG token being built on an exciting financial system, the token will also be the driving force behind the multiple utilities the token is set to hold. Below are just two examples of the utilities of the BIG token, however, be sure to do your research to find out the full scope of Big Eyes Token’s utility.

While Dogecoin (DOGE) and other dog-themed meme coins have engaged in charity work in the past, Big Eyes Token is making charity work a priority, by establishing a charity wallet set to contain 5% of all BIG tokens.

The charity work being undertaken is, very fittingly, to protect the world’s oceans and the creatures within them. Cats love fish, after all. This work is essential today more than ever, as the effects of climate change and industrial fishing become more and more apparent.

For just one example of this, consider the current decline in the population of sharks. Studies have shown that, in the past fifty years, the population of sharks in the world’s oceans has decreased by 70%, with statistics from ocean charities estimating that roughly 100 Million sharks are killed each year due to a combination of poaching and industrial fishing.

Without sharks, the ocean’s ecosystem will collapse. It is therefore essential that they, alongside the rest of the ocean, are protected. This is what Big Eyes Token (BIG) is setting out to do.

Another utility of the BIG token is its use as payment for Big Eyes Token NFTs, which unlock access to the NFT Sushi Crew. Ownership of these NFTs equals an invite to the Sushi Crews’ variety of social events, which are even set to include in-person meetings at sushi restaurants.

This aspect is designed to allow the Big Eyes Token community to thrive, and become even more deeply connected than is possible via digital forums. This will also encourage a thriving NFT market to form, which Big Eyes Token intends to seasonally update as the community expands.

Sound interesting? Then consider signing up for the Big Eyes Token (BIG) launch.

Once again, Big Eyes Token is taking a unique approach when compared to other meme coins by electing to forgo a presale altogether. Instead, all publicly available tokens will be available immediately upon launch, which is expected to cause a major buzz within the meme coin space.

Therefore, to buy BIG tokens, it is crucial to sign up for the Big Eyes Token launch mailing list to be kept up to date on the latest information and dates for launch. The official launch is expected to be explosive, so be sure to stay updated!