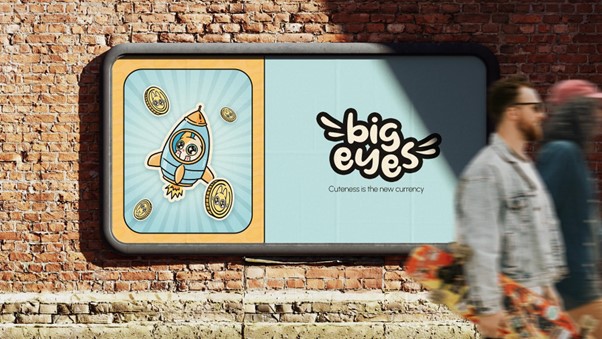 Big Eyes Coin vs ApeCoin: Here’s Why The Cat Might Outrun The Ape

Everyone knows about Bitcoin (BTC). But did you know that a coin that was launched as a joke towards Bitcoin (BTC) has made millions for crypto enthusiasts?

Dogecoin (DOGE) was launched to mock the pioneering coin, but it took off based on the value it creates. The coin had a huge spike in value in May 2021 before levelling off and is currently ranked eleventh in market capitalisation. It says a thing or two about the meme coin revolution. Meme coins are edgy, funny, super-relatable and profit-making entities.

After the success of DOGE, several other meme coins were launched to replicate similar success. However, the replication took a back seat and now the innovation is gearing up to win on the tracks.

ApeCoin (APE) and Big Eyes Coin (BIG) are making noises like no other coins on the market. But who is winning the battle? Is it the bored ape or the cute cat?

ApeCoin: Token For The Web 3 Economy

Blockchain has provided the world with so many opportunities that it seems endless. Culture, gaming, finances and art have found a new expression in decentralised technology. ApeCoin (APE), backed by the Bored Ape Yacht Club, is promising to be the token for the Web 3 Economy.

ApeCoin (APE) is an Ethereum-based coin for the APE ecosystem and is linked to the Bored Ape Yacht Club (BAYC) NFT collection (the infamous bored apes that sold for millions of dollars). So, this token is operating under a legacy that was created by the NFTs.

The coin struggled a lot in the crypto bloodbath, but now it seems that it is recovering, still not at the expected rate. A 2.29% decline was observed from the previous day in the market capitalisation.

Big Eyes Coin (BIG) is the new coin on the market that is selling cuteness as the new currency. A cute-eyed cat is a mascot for the coin when compared to ApeCoin (APE), which has a monkey. Big Eyes Coin (BIG) is a full-on community token with the express goal of shifting wealth into the DeFi ecosystem and protecting an important part of the world’s ecosystem.

This meme coin is all about investing in a well-positioned project that promises to yield maximum profits for the investors. It is carefully designed and has all the ingredients to be the next big thing; might even overtake APE.

In the coin’s stage 3, which is live now, Big Eyes Coin (BIG) will launch a fully integrated NFT club that aims to provide a better option in the NFT platform market. The users will be able to buy and sell NFTs in a simplified way and with minimum fuss.

A plan to launch 10 carefully designed and marketed NFT projects is a big selling point, as the coin has already raised $3.51M in its presale.

Unlike ApeCoin (APE), Big Eyes Coin (BIG) is aware of climate change. It tries to solve the problem by donating 5% of wallet profits to projects that will help conserve the oceans and build underwater national parks. 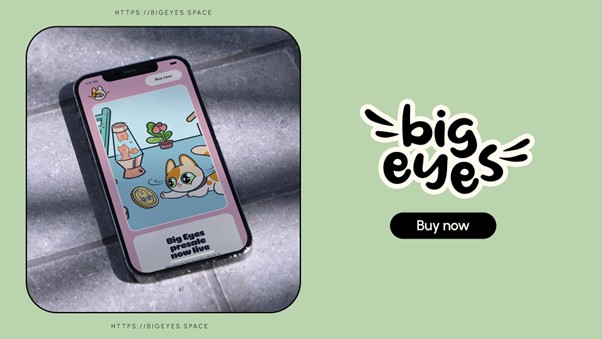 ApeCoin (APE) does enjoy the goodwill that BAYC has created, but it is still in recovery mode after the crypto crash. Whereas Big Eyes Coin (BIG) is a new and refreshing take on meme tokens, giving the customers tons of benefits.

Currently, in stage 3, Big Eyes Coin (BIG) will be making its second donation for ocean preservation.

Check out the links below to buy the token.