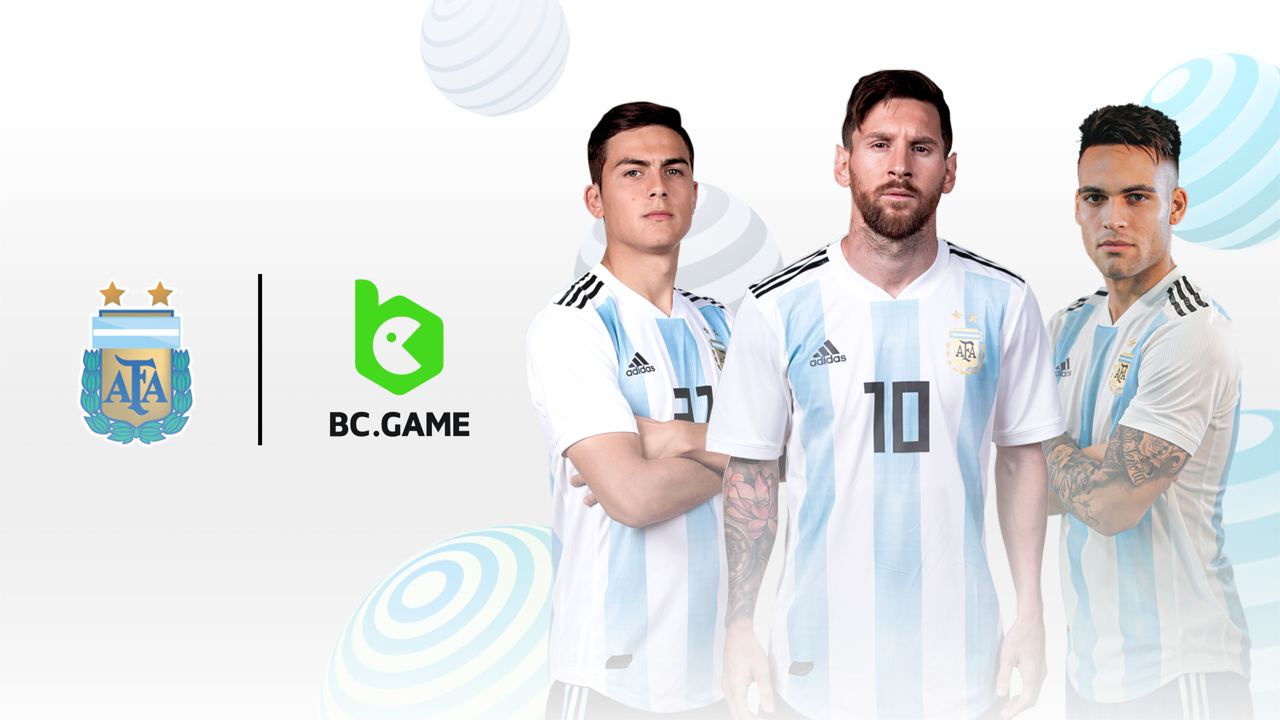 Buenos Aires, 21th September 2022 – BC.GAME, the award-winning crypto casino, has signed a global partnership with the Argentine Football Association (AFA) that will take awareness and adoption of BC.GAME to new heights. BC.GAME picked up the Sigma Award for Crypto Casino of the Year 2022 in June, and its success has helped it secure a deal with the ASA that will allow it to tap into the huge supporter base that will be cheering on the Argentina national team at the World Cup in November and December.

The partnership will see BC.GAME casino players united with Argentine football fans and stars, allowing the thrill of a crypto casino to be experienced by the millions of people that will be supporting the national team. Famous players like Lionel Messi, Angel Di Maria and Paulo Dybala will also engage with BC.GAME players as part of the deal, making it an even sweeter experience for players.

The partnership is viewed as more than just a paper agreement by BC.GAME and the AFA, with real world adoption the ultimate goal – BC.GAME can tap into a huge new fan base, while the AFA can hope to attract a new squad of football fans through the casino. BC.GAME and the AFA both believe that the collaboration, which will last for an initial six months, will result in a long term boost for their respective organisations.

“The Argentine Football Association has proven to be one of the most intuitive organisations on the planet. We, at BC.GAME, are thrilled to find that many of our long-term goals were in perfect alignment with the AFA’s plans to form partnerships with the top companies in the blockchain industry. Moving forward, our aim is to introduce mutually beneficial revenue streams as well as unhindered access to our massive community of gamers, punters, and football fans who frequent the BC.GAME Casino and social channels. As exciting as this is for all of us at BC.GAME, we are equally humbled to have this opportunity.”

“We are very happy to present this new agreement with BC.GAME. At AFA, we are always looking for opportunities to harness emerging technologies to improve the experience of our National Team and League fans. This agreement allows us to create new digital products and by this generate a new stream of source of income. We welcome BC.GAME as a new commercial partner of our Association.”

BC.GAME is a community-based crypto casino that offers our players the best online casino experience they can achieve with our platform. Launched back in 2017, BC.GAME is among the first casinos to support lightning networks – not only revolutionizing the casino industry but also the blockchain space. With the recent addition of Sports betting, users can enjoy more than 10,000 games, including but not limited to sports, slots, live table games, and even the most famous bitcoin crash game. Recently in 2022, the BC.GAME has won multiple awards in the industry, making it the number one Crypto Casino of the Year (PR News Wire, 2022). It offers almost every top Cryptocurrency and has recently also started accepting fiat payments.