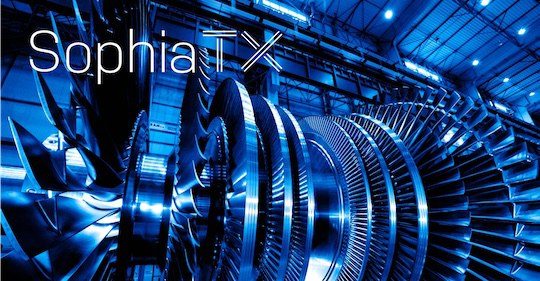 SophiaTX, the first open-source platform to integrate blockchain with enterprise applications such as SAP, has announced a forthcoming collaboration with the power division of General Electric (GE) to design and develop a blockchain solution for GE’s financial efficiency and operations.

A joint Letter of Intent (LOI) announced today by Jaroslav Kacina, CEO of Equidato Technologies, the company behind the SophiaTX blockchain, and Davide Mancini, Finance Executive, GE Power, confirms that the two teams plan to collaborate on a blockchain initiative leveraging the SophiaTX platform.

The initial focus of the collaboration is the design and development of innovative blockchain uses in financial operations, including connectivity to existing systems (such as ERP) and both digital and supply chain applications. The SophiaTX project will also incorporate capabilities to record data from IoT sensors, smart devices, and applications.

“Working with a company of this nature and scale allows new and exciting opportunities for our platform,” explains Jaroslav Kacina, CEO of SophiaTX and Equidato Technologies AG. “We believe that the move of blockchain technologies into corporate ecosystems such as this has the potential to transform the way the organizations collaborate and engage with partners and customers alike.”

SophiaTX is open source and tailored to allow traditional enterprise applications to be extended to more robust, collaborative and decentralized blockchain-enabled business models.

“Integrating blockchain with SAP and other business systems allows businesses to deliver efficiencies, better collaborate along the value chain and even re-shape their business models,” explains Mr Kacina.

The SophiaTX team recently published a white paper and unveiled a working Proof of Concept demonstrating how businesses can use SophiaTX to transparently and reliably exchange information between their enterprise systems in real time.

The SophiaTX project is premised on an in-depth analysis of the technological capabilities of existing blockchains, to ensure a strategy and a platform which can truly add value and provide businesses with not only suitability, but genuinely superior functionality and features. The resulting platform, and its focus on adoption by real businesses, is one of the most innovative advancements of blockchain into the way in which the businesses and their customers interact and how ecosystems are continuously re-defined by digital technology.

The newly signed LOI with GE is the latest milestone for SophiaTX ahead of the company’s Token Generation Event (TGE) on December 5th 2017.

A number of customers, from various industries, are already in the pipeline. Recently, a separate Letter of Intent was signed with pharmaceutical supply chain specialist KITA Logistics, confirming the intention to develop a specific blockchain solution for the transport of pharmaceuticals and related products.

The SophiaTX platform is fueled by SPHTX (SophiaTX Token), which covers mining and transaction fees; allows access and subscription to the development platform. The platform’s Token Generation Event (TGE/ICO) will start on December 5 and last 10 days.

SophiaTX is a blockchain platform and marketplace for businesses of all sizes, and the first open source platform to primarily integrate blockchain technology with enterprise applications such as SAP, Oracle, and others. 74% of transaction revenue worldwide touches SAP systems, and SophiaTX provides a business-appropriate blockchain for B2B collaboration and communication.

GE (NYSE: GE) is the world’s Digital Industrial Company, transforming the industry with software-defined machines and solutions that are connected, responsive and predictive. GE is organized around a global exchange of knowledge, the “GE Store,” through which each business shares and accesses the same technology, markets, structure, and intellect. Each invention further fuels innovation and application across our industrial sectors. With people, services, technology, and scale, GE delivers better outcomes for customers by speaking the language of industry. www.ge.com

GE Power is a world energy leader that provides technology, solutions, and services across the entire energy value chain from the point of generation to consumption. [It is] transforming the electricity industry by uniting all the resources and scale of the world’s first Digital Industrial company. [Its] customers operate in more than 150 countries, and together [it] powers more than a third of the world to illuminate cities, build economies and connect the world.

Tags: blockchain technology
Tweet123Share196ShareSend
Win up to $1,000,000 in One Spin at CryptoSlots