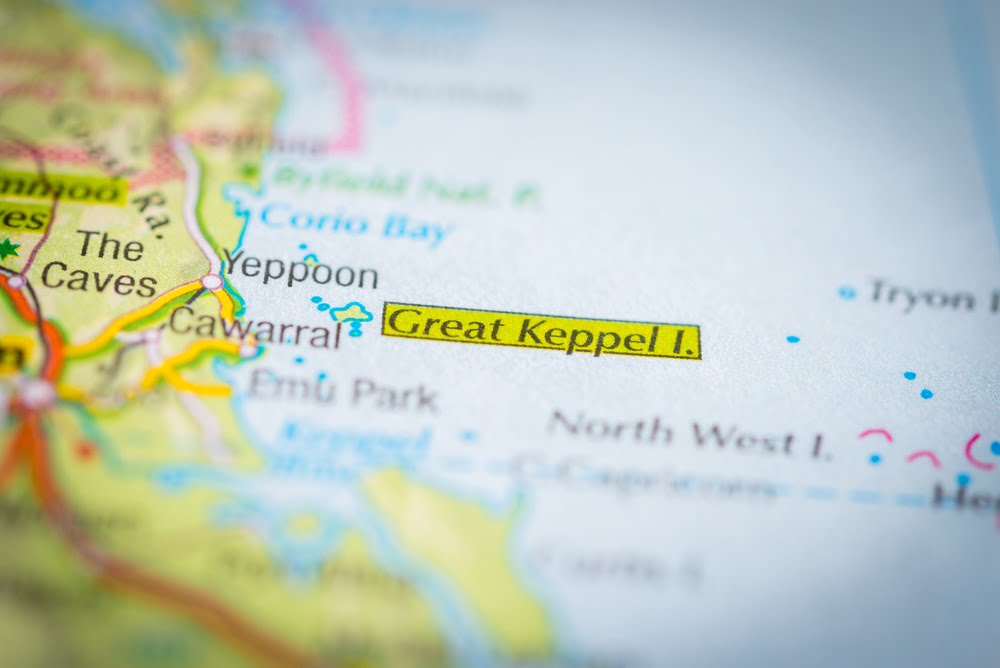 A luxury island off the coast of Australia is seeking $300 million in funding for redevelopment. Great Keppel Island will be holding a security token sale giving investors the opportunity to own a stake in the island.

Great Keppel Island is the ideal location for a luxury resort. Endless pure-white beaches, coral reefs, and glorious sunshine. The one thing it lacked was funding. That is until now.

A cryptocurrency consortium is planning to hold a token sale offering investors the opportunity to own a stake in Great Keppel Island. Unlike many initial coin offering (ICO) proposals, the tokens on sale will be backed by the developments on the island itself.

There are plans to create a futuristic luxury resort complete with a Greg Norman designed golf course, 750 villas, 300 luxury apartments, and a 5-star beachfront hotel.

It is not clear how much investors will be required to contribute during the first funding round. However, according to the Sydney Morning Herald it will likely be in the six-figure range, as is common for security token offerings. Later rounds will allow retail investors to buy the Great Keppel Island Tokens (GKI) too.

The GKI tokens will also be tradeable on the existing digital asset exchanges. The consortium behind the token sale claims that the island itself will be worth billions when the development is finished. This should ensure that the price of the GKI tokens will continue to rise.

Under the terms of the sale, the owner of the now-defunct resort that existed previously on Great Keppel Island will retain 12 per cent of the total supply of tokens. Tower Holdings owns around 70 per cent of the island itself and is led by Australian businessman Terry Agnew. The firm has spent years trying to secure permission and funding for the island’s redevelopment. With the cryptocurrency consortium’s help, the island’s redevelopment should finally become a possibility.

A promotional video for the token sale and investment opportunity emphatically states:

“This is your chance to acquire the rarest gem on earth.”

It goes on to the claim that the chances of a similar opportunity in terms of scale being presented to investors is unlikely. It is thought that a full whitepaper detailing the investment, as well as the development plans will be available on either Friday or Monday.

The Great Keppel Island token sale is not the only example of real-estate developers seeking funding through the use of digital tokens. Last month, NewsBTC reported on Indiegogo’s initiative to facilitate similar offerings for companies. Aspen Digital are offering shares in St. Regis Aspen represented by Aspen Coins. Pending the success of these two initiatives, it is likely that more firms will follow suit.

Tags: Great Keppel IslandICOreal estateSecurity-backed token
Tweet123Share196ShareSend
Win up to $1,000,000 in One Spin at CryptoSlots