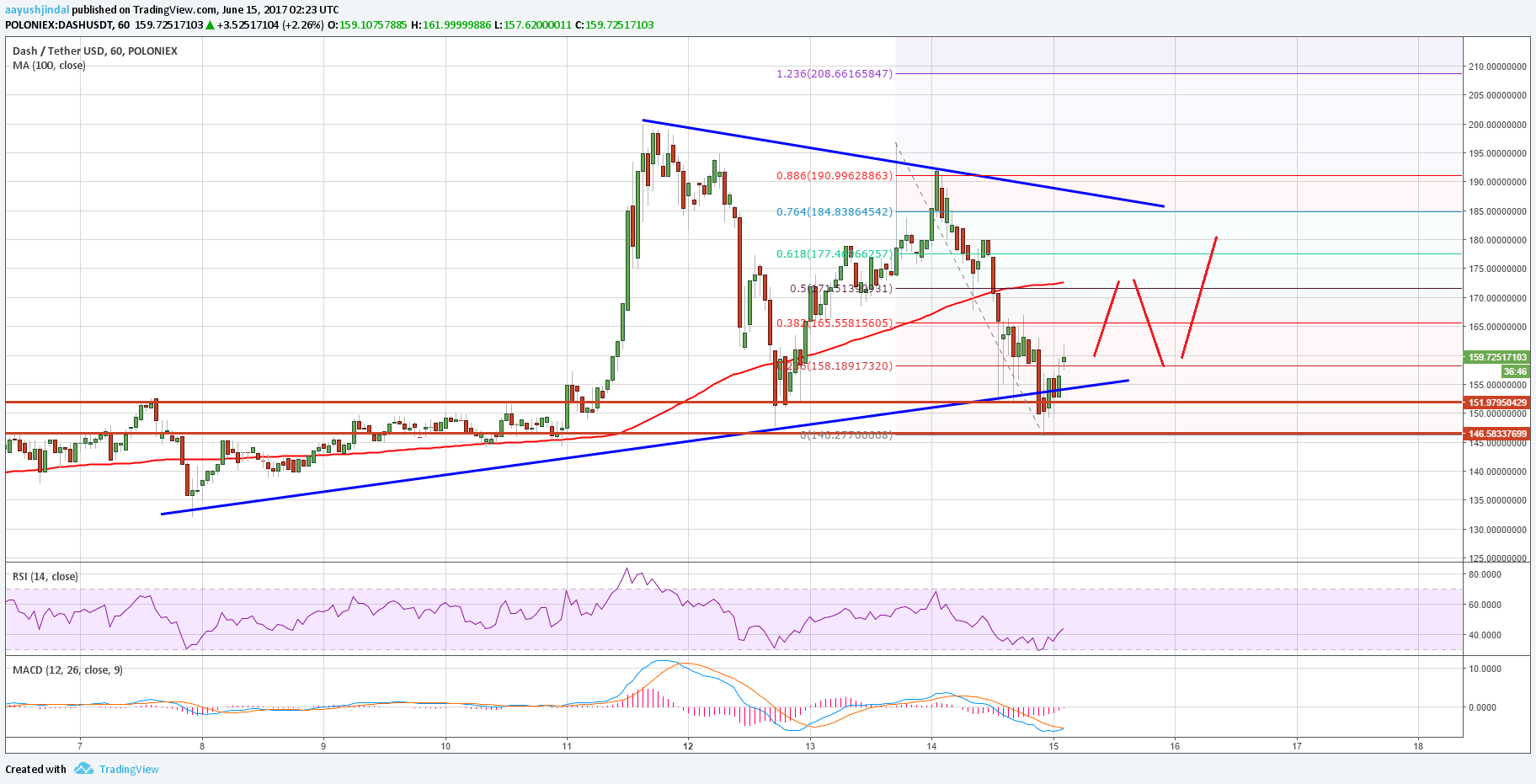 Dash price (DigitalCash) faced sellers once again against the US Dollar and Bitcoin. DASH/USD moved down sharply and just managed to hold the $150 support.

In the last analysis, I highlighted two things for Dash price against the US Dollar. First, a major failure to break the $200 resistance, and the second was a crucial support area near $155-150. The price traded higher towards $190-195, but failed to break the stated levels. It seems like the $190-200 resistance zone is turning out to be a significant barrier for buyers.

The price moved down sharply, and traded below the $170 support and the 100 hourly simple moving average. The downside move was striking, but the price just managed to remain above the $150 support. There is a clear important support area at $150 and a major bullish trend line with support at $155 forming on the hourly chart of DASH/USD. The price is just holding the $150 support and recovering. Hourly MACD – The MACD for DASH/USD is attempting to move back in the bullish zone.

Hourly RSI – The RSI for DASH/USD is recovering from the oversold readings.