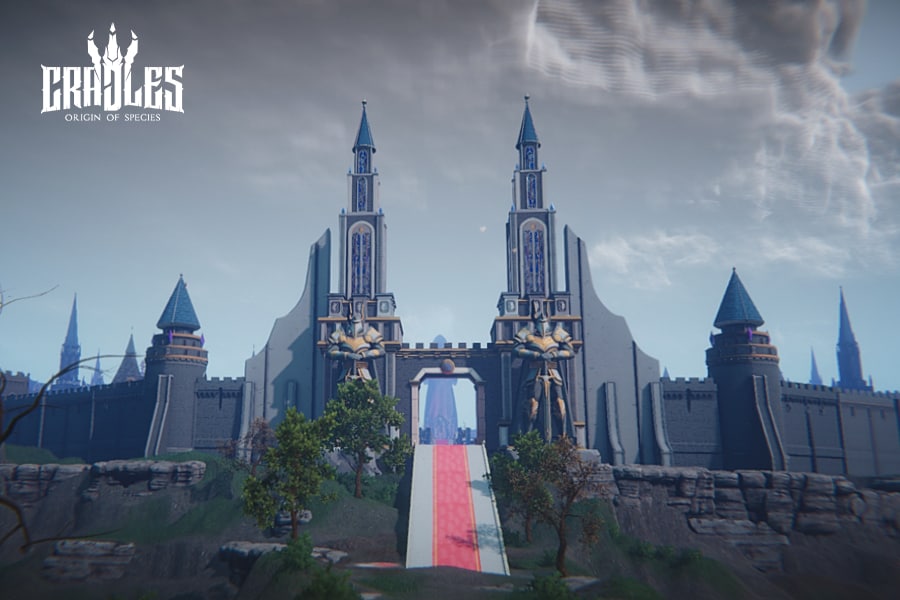 The play-to-earn (P2E) industry had been enjoying a boom, rising to prominence amid a hype-fueled crypto bull market.

It has benefitted from the success of the gaming industry, which has managed to remain recession-proof even through the worst of economic crises. This industry continued to pull in billions of dollars when companies in other sectors were going bankrupt by the day, and this ability to bring in a steady stream of money seemed to have spilled over into the P2E space.

That is, until the bull market was over and crypto was staring down the barrel of the bear market.

Since the market decline, P2E tokens have taken the most hit. This has spilled over to NFTs, and their trading volume took a nosedive. As a result, earnings from NFTs are now lower than they had been in previous months.

Thus arose the need for an alternative way to earn from NFTs, without being wholly reliant on speculative markets. Blockchain game Cradles is one that has come forward with a new system that allows investors to earn from NFTs without having to hold it themselves.

NFT staking is no longer a new concept in the blockchain gaming industry. Various games in the space have adopted an NFT staking system to allow players to earn passive income from their NFTs. This not only provides earnings to the holders, but it also helps to ensure the value of the NFTs remains high by reducing the number of them being traded in the open market due to this induced holding. It also helps holders support their community and promote the growth of the whole ecosystem.

Some good examples of platforms that have adopted NFT staking are Sandbox, Decentraland, and Axie Infinity, among others. The Axie Infinity NFT staking system is one that is being widely copied in the industry due to the success the project has enjoyed since its launch. Players are able to collect, breed, and fight other players on the platform.

However, this NFT staking system is riddled with flaws that do not ensure the sustainability of the model. Basically, the reason that the gaming tokens were so successful was the fact that they were launched into a bullish cycle that was characterized by a lot of speculative buying. The model requires a constant influx of new players who will put down a significant amount of upfront investments through buying NFTs and also investing a lot of time to earn any reasonable amount. So it is not surprising that this model has been suffering.

Tib Palin, CMO of the upcoming blockchain game Cradles: Origin of Species, explains this phenomenon, saying, “The model works well as long as there’s new money coming in from new players but that’s wholly unsustainable.” He further went on to add that “Some critics have labeled NFTs as game Ponzis, where new money is used to pay old participants, and they’re not entirely wrong. Enter the P2E game too late and you find yourself earning tokens and NFTs that are cheaper by the day in a bear market.”

So how does one circumvent this arduous cycle of speculative buying and Ponzi-like structures? Cradles: Origin of Species has launched an entirely new staking system that enables players to ‘stake into NFTs’ without having to break the bank to purchase expensive NFTs for gameplay.

How Cradles Brings Earnings To Everyone

The new SIN system introduced by Cradles has shown to be a game changer for the gaming community. SIN, which stands for “Staking Into NFTs,” allows users to earn by participating in their favorite gamer’s play. Cradles realized that there needs to be a shift in how play-2-earn economies are structured to make them more sustainable, and SIN was born out of that need.

The SIN system leverages the popularity of streaming in gaming and the robust play-2-earn community that has been developed in the last year.  The revenue growth from this streaming model has surpassed even the worst markets and has provided more revenue streams for gamers. Cradles taps into this by creating a true metaverse MMORPG that encourages and provides incentives to players as they build a world around them.

With SIN, players can just stake into a super rare NFT weapon or artifact that is already owned by another gamer. These skilled players tend to draw thousands of viewers with each stream, and the majority of their community is not skilled enough or does not have the time to go looking for said weapon or artifact.

So instead of sacrificing hours of gameplay just to find this NFT, you can simply choose to back a skilled player with the NFT while they play. When the skilled player eventually emerges victorious, the spoils from the conquest are distributed among all players who had staked into their NFT.

“You don’t have to spend hours looking or trying to craft a super rare NFT weapon in Cradles. Instead, you can choose to passively back a skilled player who already has that NFT. For example, you could stake CRDS (Cradles native token) into your favorite gamer’s ultra-rare weapon if you believe they would do well in a tournament or a hunting session. Then, whatever rewards that player earns will be shared among all those CRDS stakers backing them. That’s a great way to show your support for your fav idol and earn from that.”

It’s indeed a novel idea that will help players participate in gaming experiences without having to dedicate hours to find these weapons and artifacts themselves. Instead of going the established route of pushing out a P2E game where players have to breed and fight for tokens, Cradles takes a new approach to earning from gaming because if all focus remains on just breeding and creating new items, players can quickly get bored and move on to the next shiny thing.

“It’s tempting to jump in like everyone else and push out a P2E type game of breeding and fighting for more tokens and rarer breeds,” Palin explains. “But if the core development focus is simply on creating new items and new breeds, players eventually have no motivation to go on playing or even contribute. In Cradles, we envision a community of gamers sold to the experience of a game world that they can have an active role in.”