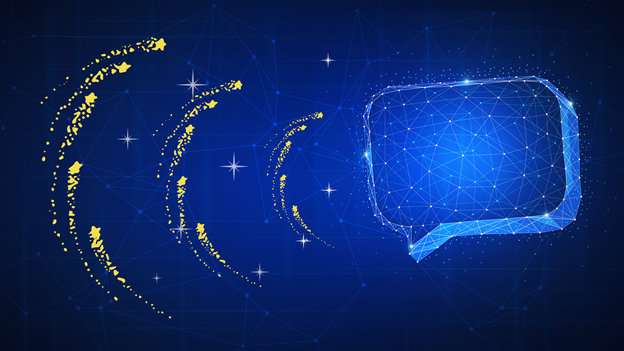 Bitcoin never leaves the news these days, with every new story or major mention having the ability to move the price, from crypto crackdowns to Elon Musk airing his thoughts on Twitter. Yet, one thing is for sure and that is that while Bitcoin bulls may call the crypto Bitcoin Gold, and see it as a major reserve currency, most investors know that in its current form it cannot be considered a means of exchange. You certainly wouldn’t want to buy something like coffee with it.

However, while this debate continues to spark interest, the real substance lies under the hood, directly on the blockchain. This is where impressive companies are building disruptive projects, with real-world usage. Many of whom are solving problems and even proposing a complete and efficient overhaul of the current flawed financial system through DeFi or a next-generation internet, which holds the currently abused values of data protection and privacy at its heart.

Here Are Some Blockchain Companies to Watch Out For:

Tron – Going Places as the Future of the Blockchain

A unique offering in the crypto realm, Tron proposes a blockchain-based platform that can deploy smart contracts for content creators, brands, musicians and consumers to reach one another, with no interference from a middle man or intermediary, in a peer to peer structure. Tron seeks to do away with powerful hosting companies like Netflix, Spotify or Amazon Prime, which work on a subscription basis. They pass fees over to the content producers or distributors and take a cut themselves. With Tron, the audience pays the content distributors directly for viewing their content using its decentralized blockchain and distributed storage platform.

In its pipeline, Tron will launch a predictive markets product that matches betters on both sides, and decentralized gamers too. 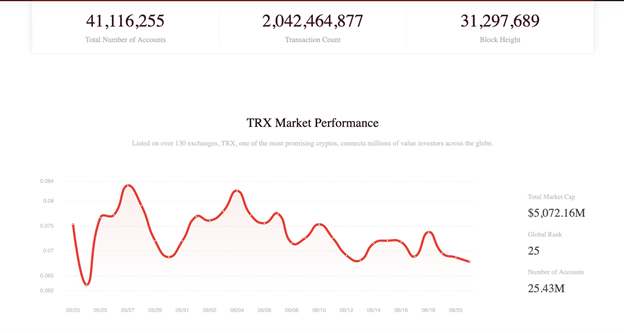 Tron works on a Proof of Stake basis and was built from the ground on in this format, which puts it light years ahead of Ethereum’s Proof of Work structure. Ethereum is desperately scrabbling to play catch up. It is this structure that makes transactions on Tron much faster (2000 transactions per second), much cheaper (minuscule gas fees) and much greener (lighter on energy-guzzling).

But it is perhaps the lively founder, Justin Sun that gets the most news headlines. Justin Sun is always in the news for wacky and colorful reasons, from dining with Warren Buffet, which cost a mere $4.6 million, to Justin Sun’s wave of NFT acquisitions, having invested in both Picasso and Warhol NFTs.

But as well as bringing smiles, Justin Sun is a serious player in the blockchain space. A billionaire at only 31 years of age, when Justin makes a move, investors and users sit up and listen. Where next for Justin Sun and the Tron network?

Elrond is a highly scalable, fast and secure blockchain platform for distributed apps, enterprise use cases that places emphasis on scalability. Its purpose is to meet the needs of the global economy as more people jump on board the crypto train to handle their economic activity.

Elrond is able to scale so dramatically as a result of a technique called sharding. This is a way to partition databases to effectively speed up a network by splitting it into different shards and therefore is capable of processing many more transactions per second (TPS).

On top of that, it offers transaction fees that are markedly lower than many of its rival networks at just $0.001 transaction cost, with transactions taking just six seconds to execute. 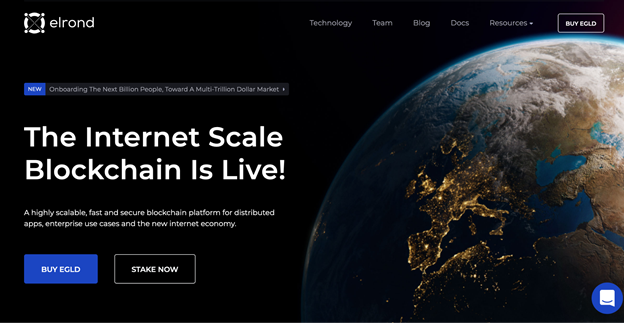 In the case of Elrond, it is capable of controlling 15,000 transactions per second and can scale upwards to 100,000 or more. The native token that sits at the heart of this blockchain is EGLD, Elrond eGold which is used across the network for transactions, smart contracts, rewards as well as governance for holders of the token.

According to Elrond “By solving some of the hardest consensus and sharding problems in the blockchain space, Elrond is able to provide a very high level of performance on a network made of inexpensive computers, resulting in a very low cost per transaction”

Enjin – The Future of NFTs and Blockchain Gaming

Enjin, offers products on the blockchain which includes a platform for creating and integrating next-gen NFTs, a wallet for safely storing digital assets, a marketplace for exploring and trading NFTs and Beam, a way to distribute NFTs using QR codes. Enjin was originally founded with a very different purpose in mind, as a community gaming platform serving 20 million users across more than 250,000 gaming communities. Since then it swivelled into a blockchain company in 2017 and this has led it to becoming one of the most popular NFT and gaming developers in the crypto community. Since its establishment, Enjin has gone on to work with the likes of Microsoft, Samsung, Atari, and Crypto.com.

Enjin allows developers to build pioneering games, apps, and projects on its platform without writing a single line of blockchain code. Enjin is very unique in many ways, including:

Ardor – the MultiChain Network With Green in Mind

Jelurida, is the company behind the Ardor platform,  an open-source multi-chain platform designed from the ground up to solve the current blockchain problems, which include sluggish performance, expensive transaction fees and lack of scalability.

Jelurida, based in Switzerland, has been around the block a few times, in blockchain terms. They originally founded Nxt, a progressive network that was created to promote the functionality of leading cryptos such as Bitcoin and Ethereum. This chain focused on both scalability and efficiency. Jelurida still runs Nxt, however Ardor is the company’s brightest star, since its launch in 2018. 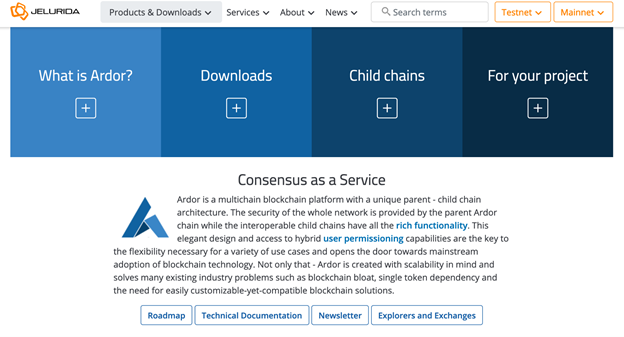 Ardor was built to deal with some major obstacles that the Layer-1 chains were facing, like having to own the chains’ native tokens in order to make transactions, as well as the ledgers, becoming overextended, due to the amount of data being contained on them. In order to overcome these issues, Ardor became the first-ever platform to run with multiple chains, whereby the parent chain was connected to child chains. One of the primary child chains Jelurida built was the Ignis chain, which hosts out-of-the-box apps including its own data cloud, messenger solution and an inbuilt system for voting rights bestowed on its members. Users can use these apps as they are or indeed developers can use the code and develop their own tailor made functionality on their own child chain.

Ardor is one of the main contenders for teams that want to build their own apps easily and fast on the blockchain with interoperability, scalability and reasonable fees.

Ardor is big on green and sustainability with three notable projects:

HotCity is an Austrian Government-Funded project that uses the Ardor Blockchain for Gamifying Energy-Oriented Neighborhood Planning. In its pilot stage currently, it offers residents in one Austrian neighborhood the ability to submit energy wastage and therefore crowdsources waste heat that can be redirected back into neighborhoods, making them more energy-efficient. The goal is to help in the neighborhood planning stages by creating neighborhoods that are more energy efficient.

Another unique project that sees users and holders of the cycle tokens, rewarded for simply cycling, not necessarily fast or far. The project is funded by the Austrian Research Promotion Agency (FFG) and conducted by Bike Citizens and the Donau-Universitaet Krems.

TreeCycle, which has a beautiful website worth seeing, brings the values of crowdfunding from  Switzerland into a reforestation project in Paraguay, in order to fight against illegal deforestation there, by transforming fallow lands into fast-growing sustainable forests. The idea itself is quite magnificent. It sees investors buying the native TREE token in a sale, with each TREE linked to an actual eucalyptus tree that will be planted and eventually harvested and sold for profit. investors are able to claim their share in the $1.1 billion profits. It’s a win-win.

So these are the companies you should be able to talk about during your next dinner party if you want to look like you know about what is happening on the blockchain, as these are the networks of the future.