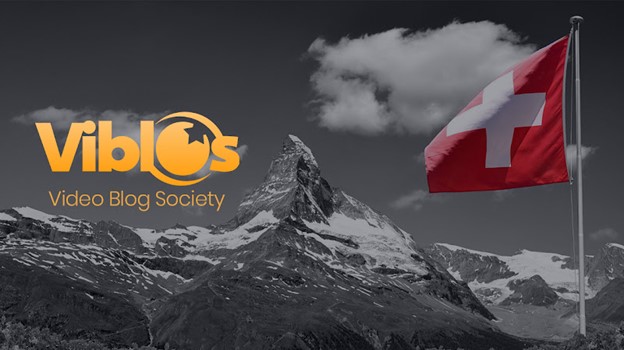 Viblos Gearing up for Launch of White Paper 1.1

Viblos, a disintermediated, decentralized and direct revenue-based platform for content producers, has announced the upcoming launch of its White Paper 1.1. The platform is very near to its beta launch and community enthusiasm has been growing rapidly. The platform conducted its AMA session on February 25th amidst the growing community’s demand for more information.

Through an algorithmic validation approach that’s based on community consensus, the Viblos platform allows its community to approve their works before introducing them to the market. The creators’ work is also monetizable on the platform. Viblos is a decentralized autonomous organization that was founded in order to give users control over the media that they create and consume on the platform. The Viblos’ DAO is the social media counterpart to Switzerland’s direct democracy. Governance is in the hands of its users, who are in charge of their own data and privacy.

Over the past decade, prominent social media platforms such as Facebook, Instagram and Twitter have progressed from being basic entertainment venues to becoming a cornerstone in many communities’ way of life. Today, these sites are owned by a small number of major platforms that have complete control over the internet. While these platforms undoubtedly provide a respectable service to their consumers, the benefits they provide come at an exorbitant price which most users are unaware of. This is primarily due to the fact that the vast majority of users don’t actually read through all of the terms and conditions when joining a social networking site. In addition to disregarding consumer privacy, the algorithms and political inclination of these platforms are skewed when it comes to ranking content. The fact of the matter is that major social media platforms have taken on a dynamic that’s perilous for our right to free expression.

Viblos is a tokenized mixed social network that promotes business, community building, and democratic, free-expression-based social interactions. While there are of course boundaries that should never be crossed, Viblos, unlike most of the major platforms, would never demonetize or censor someone for having a different perspective. Viblos is unique in that it not only incorporates concepts from major social networks, but has also pioneered a new business model and privacy policies in the social networking space. Viblos’ construct is reinforced by its blockchain and allows users to share and monetize their personal data in a transparent, secure, and verifiable manner. The Viblos token forms the heart of the Viblos ecosystem.

Built FOR the people, BY the people: The first decentralized social network based on blockchain technology and the principles of Swiss democracy. Viblos is designed to give the power back to the people: by transforming them from passive commodities on social media sites such as Facebook, Twitter, and Instagram, into active earners in this new economy.

Join the new economic ecosystem: Viblos is not just a social network – it’s a personal ecosystem within the global economy that affords all of us the opportunity to get a fair share of the profits. Users can finally say goodbye to ad-supported social networks. Viblos turns every member into a stakeholder and is fully committed to keeping it that way.

Blockchain: The Liberating Force: Viblos is built on DAO blockchain technology, which allows for secure, transparent, and tamper-proof transactions between users. This means that all interactions on the network, including voting, content sharing and earning rewards, are logged and verified.

New business models for its users: Viblos is a much better alternative than conventional social networks, as it not only provides its users with all of the advantages, but offers them new business models as well. In addition, it doesn’t demonetize, abuse, or invade the privacy of participants. With Viblos, there are several ways in which users can earn income by renting content or staking the tokens to create and share NFTs on the platform.

Freedom and zero demonetization: Viblos won’t ever punish creators for having different views, and because the platform is decentralized, every decision related to content will be decided upon democratically. The Viblos ecosystem is simple to use and seeks to remove the complex hindrances that are present in the traditional social media sector.

In order to empower and build their enterprises, Viblos further plans to create a common thread and communication channel between celebrities and influencers and their networks. Simply put, Viblos is a go-to platform where all of your wants and goals, whatever they may be, can come true. Our mantra is “one minute is enough; everything is possible within Viblos”.

Viblos is a component of both the Internet of Things (IoT) and the Internet of People (IoP). The company is building this platform to help content creators make a decent income by giving their skills and social interactions a certain value. Current social media networks are infrastructure-centric and therefore unable to meet modern society’s demands. The entire concept of cyber-physical convergence is to improve social interactions through an open, transparent, verifiable and secure platform.