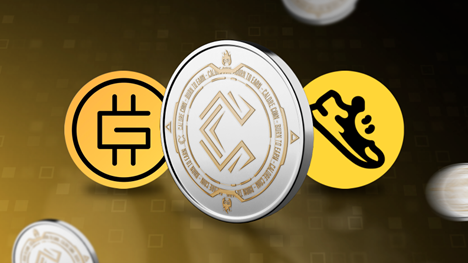 Understanding The Recent Growth of Move-To-Earn

Encouraging people to exercise is one of the most difficult challenges in the fitness industry. While everybody knows that working out is good for them, doing so can be daunting and frustrating. One of the fascinating methods of trying to entice people to get fit is through move-to-earn programs. These projects incentivize people to work out by paying them to do so.

Move-to-earn projects have existed for some time, but recently, they have seen tremendous growth. One of the catalysts for this is the enormous success that StepN has seen, which is a Web3-focused move-to-earn service that has been building hype across the tech and fitness sectors. This has triggered many new companies to start looking to offer financial returns to people working out. Let’s look at two reasons why these types of fitness services are doing so well.

In the past, many companies designed a myriad of products to incentivize people to exercise, but ultimately none of them caught on. This was mainly because there was a chasm of trust between participants and companies. In addition, people were skeptical about whether they would receive their funds in exchange for working out, so it became tough for many move-to-earn programs to take off and build traction.

However, this trust issue has been solved recently through blockchain technology. Projects like StepN operate transparently and trustlessly– users can be confident they will receive money for exercising because their funds are managed and released in a decentralized manner. Instead of worrying about whether a centralized organization will pay up, they can rest assured that a decentralized project using smart contracts will, as they will be cryptographically programmed to do so.

Another project utilizing this technology is FitBurn, a blockchain-based move-to-earn project that not only financially encourages people to work out but also pays people for losing calories. This is an innovative new strategy in the fitness industry, referred to as burn-to-earn. Fitburn is using this, along with NFTs and gameplay mechanics, to create a rich ecosystem to keep users financially incentivized to exercise in an immersive way.

In an age where people are shamed by the media and their peers for doing any activity that does not earn them money, it is no surprise that exercise has been neglected. Nowadays, people need to focus almost exclusively on cash, to the point where working out and leisure are not always considered productive. However, with companies like StepN and Fitburn, working out can be lucrative and profitable, acting as the perfect incentive to improve health while improving people’s financial standings.

It is not that people do not want to exercise; instead, they do not feel like they have the time to because one could better spend that time trying to increase their finances. These web3 projects collapse this problem entirely by having exercise double up as a money-making venture, making it perfect for the current era.

Financial Incentives and the Future of Fitness

The current trustless and decentralized technologies of this day and age, coupled with the highly money-oriented culture we are living through, have created the perfect conditions for move-to-earn projects to flourish. People are eager to get paid while they get fit, and blockchain tech ensures users receive the funds they have been promised.

StepN may have popularized these services, but they only scratch the surface of what is possible within this area of the fitness industry. Other contenders like FitBurn are leading the way with innovative new tactics and solutions such as burn-to-earn. With their recent and explosive rise in popularity, it will be fascinating to see how these projects develop and evolve alongside other web3 sectors.