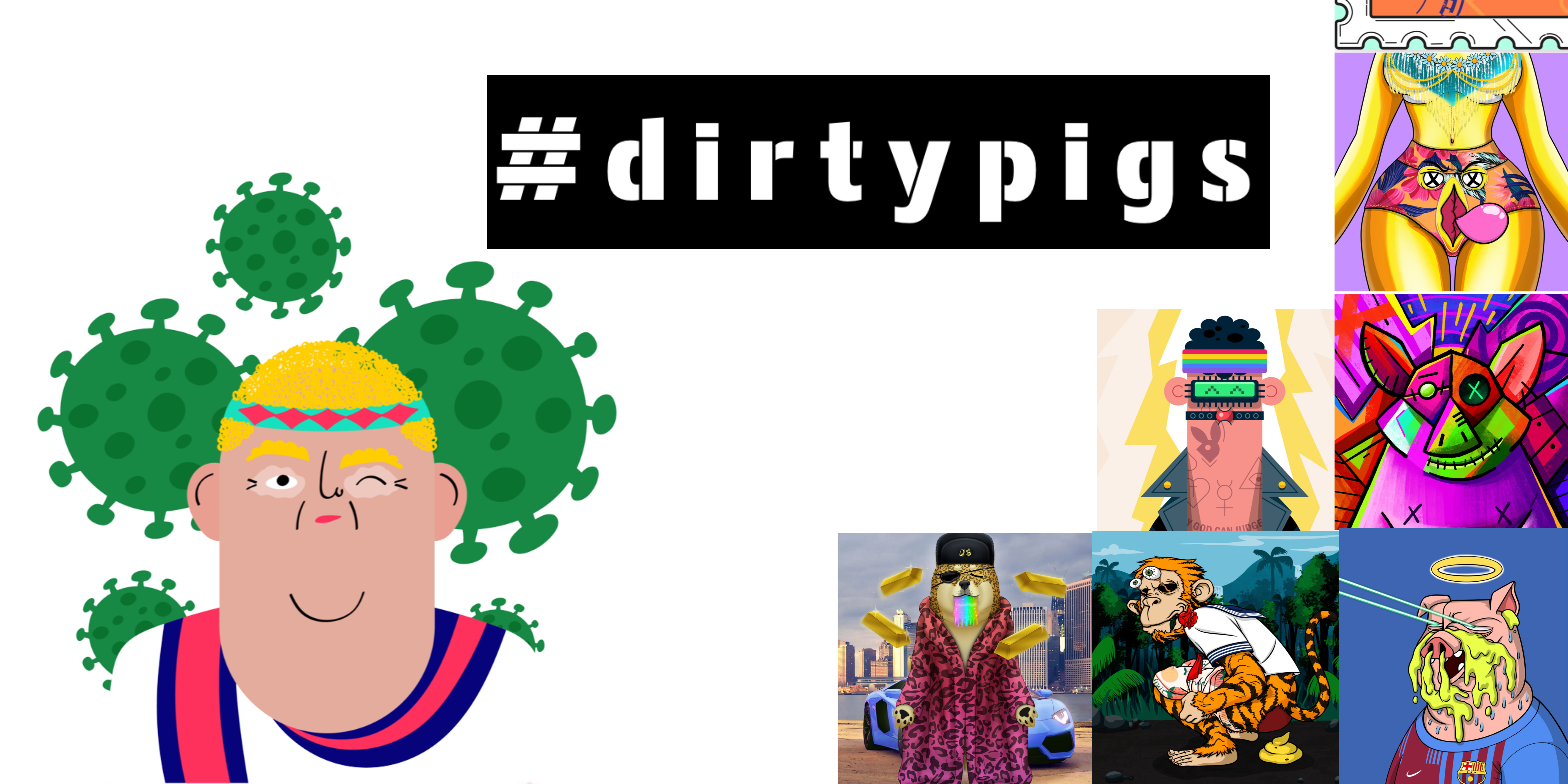 The combination of digital currencies and blockchain technology has given rise to plenty of opportunities across industry verticals. Today, the cryptocurrency industry is growing at a tremendous rate, and the art and gaming industry has benefited deeply from it.

NFTs give creators complete freedom to bring their vision to life and sell them as digital tokens to a global consumer base. One of the projects that is pushing the limits of NFTs further than others is Dirty Pigs. Their original designs and collections are transgressive and fun, with some named; “Son of a Pig”, “Hairy Vaginas” or “Suicidal Talibans”.

Dirty Pigs is stepping outside the box in the digital world, and giving back to society as they do it – with all their collections donating a percentage to charity. A perfect example is their collection inspired by Donald Trump, called Trumpinos, which allocates a part to go to organizations fighting inequalities and injustices for poverty and racial divide.

Dirty Pigs is the first NFT project that allows minters to obtain merchandise, such as shirts, hats, backpacks and more, from NFTs they previously minted. For this, they have partnered with popular online retailers like Google, Fruugo, CDON, Zalando and others.

In addition to its exceptional NFT creation services, Dirty Pigs became the first NFT clothing brand to launch its wide range of products, seeking to compete not only in the digital world but also in the world of fashion.

Dirty Pigs is an NFT marketplace to help influencers and celebrities launch their NFT brands using a turnkey solution. It is a metaverse commerce marketplace that creates digital identities and clothing using generative art powered by machine learning in collaboration with intellectual organizations and several major industry influencers. The project aims to provoke thought for change and fight inequalities using the power of art and NFTs.

The project recently announced the launch of its clothing line at popular online retailers such as Google, DRUUGO, CDON, and Zalando. By launching this product line, Dirty Pigs Merch has become the first NFT project to do so and is setting new standards in the blockchain industry.

The upcoming product drop will not only increase the popularity of NFTs but also allow the big players in the online retail industry to become part of the blockchain industry. This move will reduce barriers to entry across the industry. DirtyPigs allows users to purchase the merchandise using cryptocurrency, credit card, or debit card online and at their future retail stores