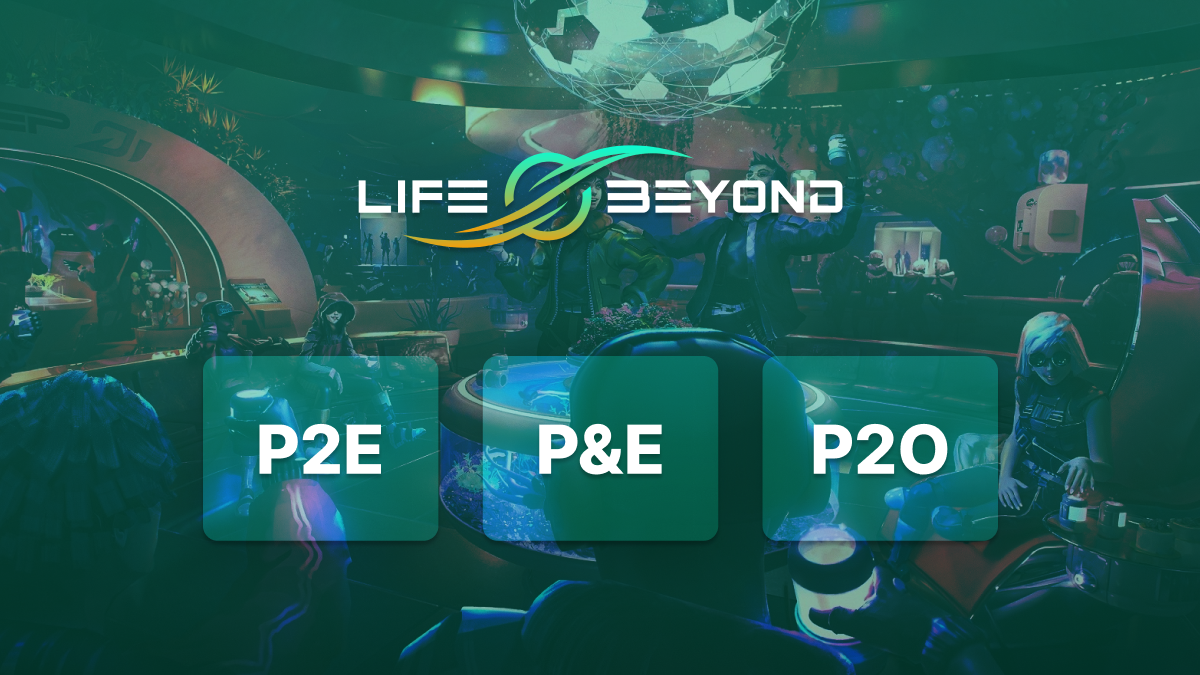 GameFi isn’t a new concept, in fact, CryptoKitties was the first project to bring this concept to light in 2017. It is known for pioneering the play-to-earn gaming model, which is now the standard basis that all blockchain games follow. The model was a huge hit, bringing the game 1.5 million users and $40 million in transaction volume. The fact that this occurred during the early years of the crypto market was a significant achievement for the game.

Since then, the sector has evolved in response to increasing user demands. Today, there are around 1,498 GameFi projects, with numbers rising by 99% year on year. In 2022, for example, investment in GameFi reached $3.7 billion, exceeding the total of $780 million in 2021. And with these expanding numbers, game revenue models have also evolved. Projects are moving away from the original play-to-earn model and toward other models that guarantee long-term viability.

Let’s take a look at the different models and how they are benefitting users.

Play-to-earn (P2E) games enable players to earn real-world monetary benefits for playing the game. The model employs crypto and NFTs to power and monetize the in-game economy. While NFTs represent in-game items (like avatars, outfits, etc), cryptocurrencies are used to incentivize the players. NFTs also provide players complete ownership of in-game assets, enabling them to benefit from that outside of the game. Even every game action, including quests and challenges, is rewarded with a native in-game cryptocurrency.

Further, P2E has various advantages, including the opportunity for users to earn money, own assets, and generate value for the community. There is no better game to describe this than Axie Infinity. Axie is a Pokémon-style monster-battling game in which players capture cartoon creatures known as Axies. Each Axie is an NFT with distinct skills and weaknesses, and players may adventure, combat, and breed their Axies as they go through the game. As a reward for their efforts, players receive Smooth Love Potion (SLP) crypto tokens.

Although P2E games overcome many traditional gaming problems, they nevertheless have limits. The first is the model’s emphasis on earning rather than gaming experience. This has led to inflationary tokenomics, causing games to collapse. Even the hefty entrance cost has caused gamers to forsake P2E games.

Play-and-earn is more of a game progression as compared to the play-to-earn model. It is an evolution of P2E that allows gamers to get what they desire while simultaneously earning money and acquiring ownership. This model focuses on making games enjoyable and rewarding. Its design objective is to get individuals to spend time playing and improving, competing and collaborating, and building a truly amazing community.

Moreover, it tackles P2E problems like user retention, rewards sustainability, and gameplay experience. UniX gaming, for example, employs a play-and-earn model that allows gamers to own, build, share and chat. It empowers them to use their voices and resources to create a healthy gaming environment. Moreover, UniX only focuses on developing AAA games with a sustainable incentive system.

In terms of playability, the model much outperforms P2E. There are, however, a few things that it still lacks. It does not permit the ownership of in-game resources. This may result in decreased user retention and uneven value proposition for gamers. Play-and-earn focuses on playability and may miss out on delivering extra utilities, which is blockchain’s sole purpose. However, a more refined version known as play-to-own is on the rise, offering solutions to all Web3 gaming problems.

Play-to-own (also known as Play-and-Own) is a more in-depth version of play-and-earn. The model focuses on allowing players to earn from their gameplay while also converting the in-game into NFTs. It provides proof of ownership over the in-game objects they possess. For example, any digital item obtained by the player has a tangible worth since it may be sold in a marketplace or in a peer-to-peer trade. The ultimate advantage of this model over others is increased retention and value proposition, as well as the creation of new income prospects.

Life Beyond is an example of a blockchain-powered MMORPG that combines play-and-earn and play-to-own elements. It is presently in its first Alpha stage. The basic gameplay revolves around players crafting items, weapons, and equipment, as well as gathering resources to battle enemies. Users earn marketplace currency, the LBToken as a reward for their in-game activities. The in- game NFTs may be utilized across the game’s maker, Darewise, and its portfolio of future games. The game, although, seems fascinating, only time will tell if it lives up to its promises.

GameFi is one of those sectors that is constantly evolving. One reason for this might be the infancy of technological infrastructure behind blockchain gaming. From play-to-earn games like Axie Infinity to play-and-earn games like UniX Gaming, the industry is evolving faster than ever. This post has covered most of it, as well as how certain games have been quick to implement new innovative game revenue models. With games like Life Beyond embracing enhanced gaming models, GameFi’s future seems sustainable.

What Future Will Crypto.com Have? Will the Platform Survive This Winter?