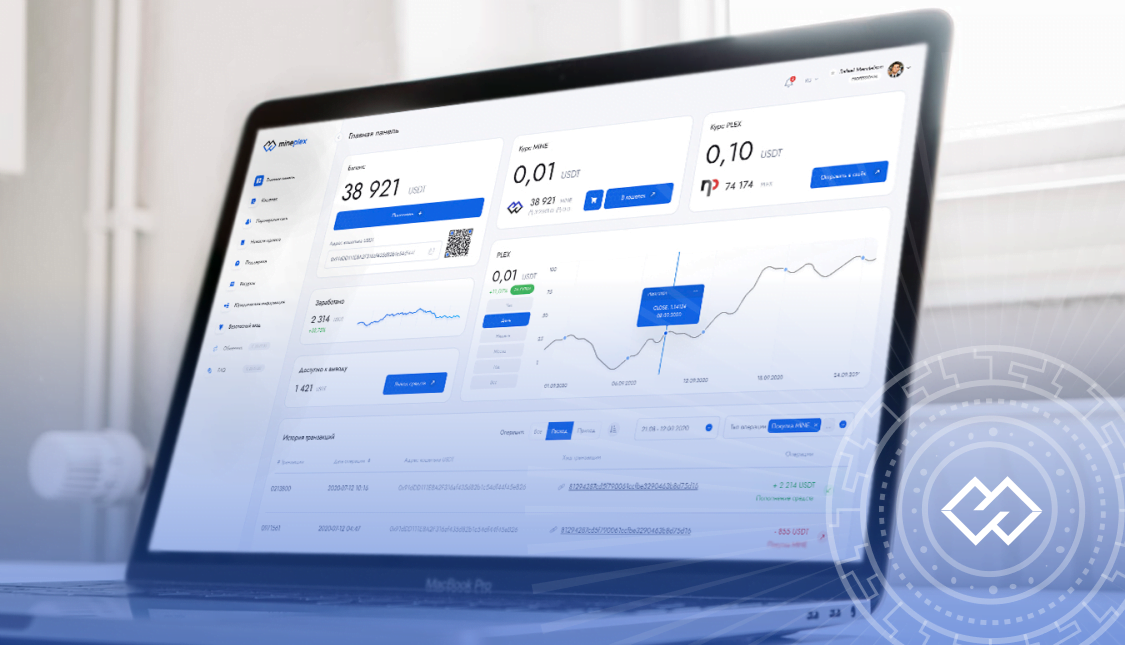 MinePlex Banking: Full-Scale Banking With Passive Income up to 20% Monthly

The history of money goes deep into the past: it started with shells and beads at the dawn of time and evolved to electronic money and cryptocurrencies nowadays. The blockchain-based money is the pinnacle of the evolution of exchanging and saving. One can instantly send cryptocurrencies to any place on earth without limitations in volume while sending money via banks could take hours or even days. The difference becomes even more apparent with international transfers that are costly and time-consuming in traditional banking. Why then the majority don’t use cryptocurrencies? First of all, it is still not easy from a technical perspective. But mostly the reason is that in 99% of cases it is still not possible to use cryptocurrencies for purchasing goods or services.

Cryptocurrencies are not accepted in shops and you can not use them for everyday purchases since its high volatility constantly changes your balance, creating inconveniences both for merchants and you. By selling you goods for cryptocurrencies, vendors are risking to end up with less revenue by the end of the day in case the cryptocurrency exchange rate goes down. More inconveniences come from the fact that the crypto-fiat exchange still requires a third-party service with associated fees or a p2p service where more lucrative offers are accompanied with fraud risk. But MinePlex Banking aims to solve this problem for cryptocurrency users with its fully functional mobile crypto bank that is as secure as a traditional bank but as convenient as the most advanced services.

MinePlex is the CrossFi platform that combines the stability and liquidity of traditional financial instruments with the security and transparency of blockchain technology. As nowadays the life of a modern human runs around his or her smartphone, the MinePlex Banking solution is placed in the mobile phone and runs 24/7.

Thanks to blockchain technologies and the usage of smart contracts MinePlex allows a user to take control over his digital assets and be its only rightful owner who decides where and when to send his money. The MinePlex Banking ecosystem includes its own blockchain, mobile crypto bank, contactless debit cards, mobile application, P2P exchange, multicurrency and hardware wallets, as well as an educational platform, online store and the marketplace with the platform’s coin Plex.

CrossFi is the future of decentralized finance

CrossFi stands for cross finance. Just like DeFi, it is a decentralized technology that serves as an alternative to the traditional financial system. CrossFi is based on the LPoS (Liquid Proof of Stake) consensus algorithm. This algorithm does not require blocking the tokens that are used for staking and every token holder in the network can participate in the process of creating and validating blocks.

The advantages of the CrossFi system include fast and easy scalability, low transaction fees, total decentralization and low volatility of the core token. The MinePlex ecosystem is built around this most advanced area of development of blockchain technology, CrossFi.

Passive income on staking MINE token

MINE token is the native cryptocurrency of the MinePlex platform. It is used for internal settlements on transactions, for distributing bonuses and charging commissions. The exchange rate of the MINE token is fixed and equals 1 cent for a token. MinePlex also has its own cryptocurrency PLEX which is listed on exchanges. PLEX’s rate is constantly going up following the algorithm on which it has been built. By holding MINE tokens in the wallet, holders automatically become the participants of the liquid token PLEX mining with limited supply. New coins are distributed among MINE holders and are mined in the amount of 20% of the monthly deposit.

It is important that MinePlex tokens are not frozen on the user’s wallet as it happens for example on Ethereum 2.0 where the holder is not able to withdraw a deposit that was sent to the staking smart contract. At MinePlex users can withdraw funds at any moment without any penalty withdrawal charges. The 20% monthly interest on deposit together with the banking-level security is an offer that is unprecedented at times when bank deposits show almost negative return.

For many years the community complained that cryptocurrency users can not buy a common cup of coffee using their coins. Finally, MinePlex makes buying coffee with cryptocurrencies a reality. MinePlex debit cards are accepted at any place on earth where VISA, Mastercard or Unionpay are accepted. Now cryptocurrency holders can pay for any goods or services and it became as simple as paying with a regular card with fiat money.

The card account is pegged to the user’s multi-currency wallet. The cryptocurrency on the wallet balance is converted automatically to fiat at the moment of the purchase at the cash register or the online shop checkout. It saves time and money as the exchange is executed directly without a third-party service. Another important advantage of the MinePlex Banking card is that its holders can withdraw money from ATMs around the globe that is convenient and it reduces limitations in traveling.

MinePlex blockchain: Banking without the middleman

In traditional systems, one of the main functions of the bank is to verify a user’s identity to avoid fraud, non-repayment and other risks. The bank officers personally oversee the verification process or assess the creditworthiness of the client. Transactions with huge sums of money undergo additional checks and therefore the funds might be frozen until the circumstances of the transaction are clarified. Needless to say, it takes an enormous amount of time and resources that are eventually compensated by bank clients in the form of fees and charges.

MinePlex Banking fully precludes the need for manual verification and the third parties’ involvement. Instead of the bank security team that consists of employees who can occasionally commit errors or malpractice, in the MinePlex system the blockchain technology with smart contracts deals with verifications and oversees the compliance. Blockchain does not require a salary and it works 24/7. Therefore, the bank on the blockchain is a huge cost cut. Hence, MinePlex Banking can offer its users really low commissions.

The MinePlex blockchain is flexible and allows developers to change the infrastructure without the hard fork risks, unlike the majority of cryptocurrencies that came to the market earlier. The transactions on the MinePlex blockchain take seconds. For comparison, it takes from 15 to 40 minutes, depending on the commission, to validate a transaction on Bitcoin and this is when the first cryptocurrency’s mempool is relatively free.

To sum up, MinePlex is solving the main problem of the crypto industry by making cryptocurrencies suitable for everyday purchases. The MinePlex Banking debit card allows users to pay for purchases or rent at any point around the globe without limits, withdraw cash at any ATM in the US dollars or any other local currency, exchange fiat and cryptocurrencies without a third party, execute international and low commission transfers, deposit funds in one safe point, save money and accumulate assets that will bring passive income.

Generally speaking, the project sees its mission in spreading the influence of the cryptocurrency industry all over the world to the point when cryptocurrencies are integrated into everyday life in order to free people from the traditional banking system that imposes its own terms. Find more information about the MinePlex blockchain, PLEX’s emission and rate growth mechanism, as well as technical details in the MinePlex Banking project’s whitepaper.