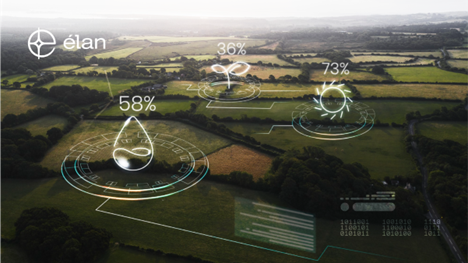 Blockchain Technology Has The Potential To Contribute More Towards Environmental Sustainability

According to an Environmental and Energy Study Institute report, 80% of the world’s energy comes from carbon-intensive fossil fuels. This leads to adverse climate effects and an overall rise in global temperatures. According to an IPCC report, we must strive to shift to zero-carbon energy technologies to limit temperature rise to 1.5 degrees.

However, our over-dependence on non-renewable energy sources and lack of innovative technologies are preventing us from achieving IPCC’s goal. The consequences of climate change are already playing out as the Arctic-native Inuits are facing existential difficulties from warmer winters. Even in the United States, extreme weather is leading to power disruptions with blackouts rising by 60% from 2015-2020.

Amidst the climate crisis, blockchain technology can provide a long-term solution to address the challenges of fossil-fuel-dependent energy production. However, it is important to dispel some myths about the blockchain cryptocurrency sector before proposing solutions.

Is Blockchain An Energy Guzzling Technology?

Several reports have pointed out the energy-intensive technologies that power cryptocurrencies like bitcoin, causing detrimental environmental impact. For example, University of Cambridge researchers stated that bitcoin mining consumes over 121 terawatt hours (TWh) of energy annually. This is equivalent to the annual electricity usage of Argentina.

However, a World Economic Forum report demonstrated that the global aviation sector consumes 4,030 TWh of energy. Thus, the energy comparison is often a redundant issue. Moreover, the blockchain community is taking proactive steps to mitigate environmental damage. For example, 39% of bitcoin’s mining energy requirements are coming from renewable sources with ongoing efforts to scale up.

But there is always the possibility of doing even better. Companies like Elan Future are doing that by leveraging blockchain technology to transform the fossil-fuel-based energy sector. Elan’s R&D team are building sustainable energy solutions to make way for an equitable and green global energy distribution.

Elan’s blockchain called ‘The Chain’ is offering a utility-driven Elan token for generating, storing, and transferring clean and cheap electricity. Consumers can use the Elan token to power their Elan products and remotely monitor their usage through the Chain. Users can also send Elan tokens to underprivileged people without electricity access to buy and power Elan devices. Donating electricity through Elan’s decentralized ‘Chain’ cuts down on platform fees and transaction charges, with the tokens directly reaching the people.

Elan uses the patented parametric resonance technology to build amplifying energy generators called Apollo that produces 10x more energy output. Apollo is a plug-and-play device that is compatible with all energy sources to power households, industries, and electric vehicles (EVs). It helps in saving domestic energy costs, causes less industrial pollution, and enhances mileage for EV batteries. Apollo is connected to the Elan Chain for round-the-clock control over its power consumption and usage.

Decentralized and permissionless blockchain technology can change the course of action in battling the climate crisis. It is no longer empty rhetoric and mind-boggling questions of how and when. Companies like Elan Future have already demonstrated that blockchains can be a powerful weapon in reducing carbon emissions. Elan’s technology can make way for environmental sustainability and equitable distribution of energy.