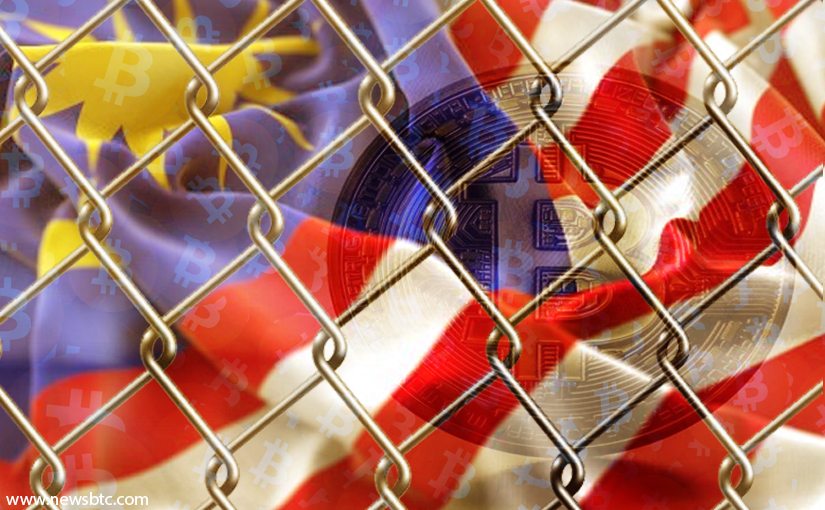 The concept of banning Bitcoin altogether makes no sense whatsoever. No government or other parties can prohibit people from using something that can’t be controlled or regulated. In Malaysia, that realization will hopefully set in soon enough. As of right now, the local central bank prepares to issue a nationwide Bitcoin ban before the year is over. Delaying the inevitable change is not in anyone’s best interest, though.

Everyone knows the central bank of Malaysia has no love lost for cryptocurrencies. Such a negative stance is not uncommon, though. After all, Bitcoin and altcoins are a legitimate threat to central banks all over the world. Attempting to ban Bitcoin and altcoins altogether will do nobody any good, though. Considering Malaysia is Southeast Asia’s fourth-largest economy, missing out on financial innovation is a bad idea.

Bitcoin ban in Malaysia Will Have no Effect

One thing to take into considering is how Malaysia is a conservationist country when it comes to finance. The situation hasn’t changed much over the past few decades. A lot of officials struggle with the concept of change, which is only to be expected. Anything that can even provide to be innovative must be nipped in the bud as soon as possible. It is this type of attitude that will render central banks obsolete sooner rather than later.

Bitcoin is not officially recognized as legal tender in the country. However, they are so worried about it, banning seems to be the only course of action. This goes to show there is a deeper understanding of cryptocurrency among central bank officials. Deciding upon a ban on cryptocurrency by the end of the year sounds rather ambitious. After all, a lot can change between now and late December.

That being said, it remains to be seen how things will play out. Just because the central bank wants to ban Bitcoin doesn’t mean they can push it through. Moreover, this decision has no real effect whatsoever. Bitcoin isn’t controllable of subject to any regulation. Centralized companies are a different ordeal altogether. However, the Bitcoin ecosystem doesn’t need centralized companies to succeed in the long run. The Malaysian government wants to play its trump card already, which can only be a positive sign for the growth of cryptocurrency in the long run.

BitStarz Player Lands $2,459,124 Record Win! Could you be next big winner?
Tags: bitcoin banBitcoin NewsCentral Bankmalaysia
Tweet123Share196ShareSend
Win up to $1,000,000 in One Spin at CryptoSlots