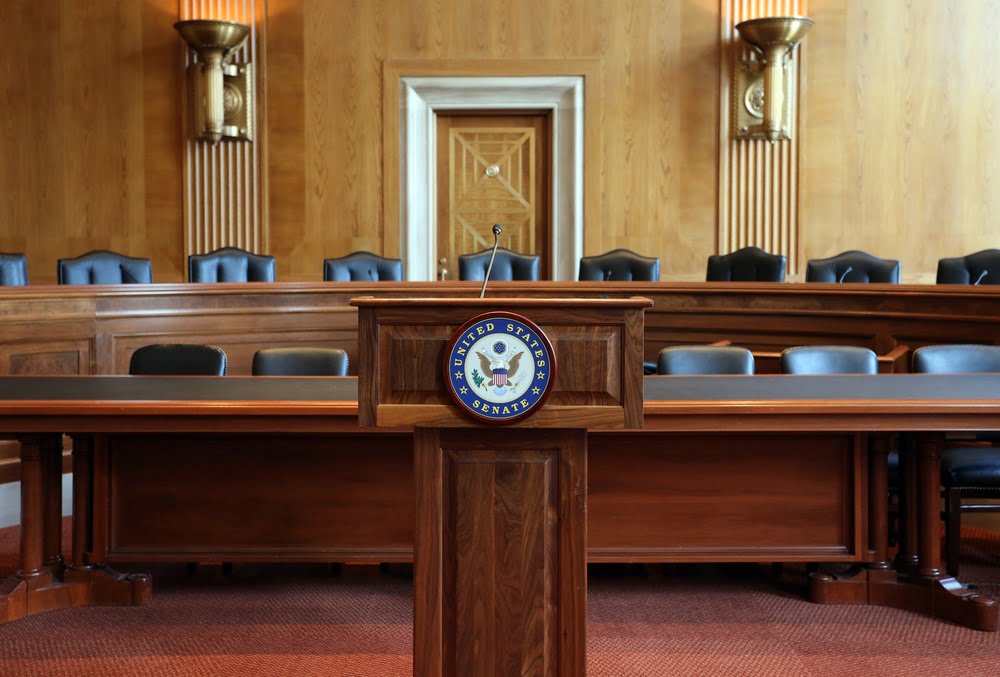 Senators and Industry Insiders Weigh in on Crypto in Senate Hearing

During a U.S. Senate Committee on Banking, Housing, and Urban Affairs hearing earlier today, senators and crypto industry experts commented on the industry at large. As you might expect from a hearing on such potentially disruptive technologies, a variety of different views were expressed, both positive and negative.

Taking a decidedly negative view of cryptocurrencies and their underlying blockchain technology was Democratic presidential hopeful Elizabeth Warren, along with potential Banking Committee chair, Ohio Senator Sherrod Brown, and others.

According to a report in Forbes, Warren’s main contention was that cryptocurrency is easy to steal and the space is rife with fraudulent investment prospects. The Massachusetts Senator went on to claim that investor protection was of utmost importance when considering regulation:

“The challenge is how to nurture productive aspects of crypto with protecting consumers.”

Meanwhile, Brown echoed some of Warren’s sentiment. His concerns lay in the number of families exposing themselves to the volatile markets without adequate consideration of the financial risks posed. He continued, stating that cryptocurrency could well bring much needed banking services to those who currently make do without, but that scams in the space far outweigh the useful applications of the technology for now.

It was far from all doom and gloom at the Senate Banking Committee hearing, however. Pat Toomey, Pennsylvanian Republican Senator and next in line for the position of committee chair pending a successful election result, provided a refreshing critique of central banking:

“Central banks over time haven’t had the greatest record of preserving the value of their currencies.”

Also taking a positive view of the technological innovation was current committee chair, Republican Mike Crapo. He outlined the revolutionary potential of blockchain technology and cryptocurrency:

“Blockchain networks have the potential to improve processes for things like smart contracts, payments and settlement, identity management, and even things yet undiscovered.”

Crapo was also careful to highlight that price volatility and the potential for pump-and-dump schemes remained areas of concern.

Of course, the issue of criminality associated with cryptocurrency was raised too. Alabama Democratic Senator Doug Jones stated that prosecuting those who were using digital currency for illicit purposes is difficult since they are often multiple steps ahead of law enforcement in terms of technology.

Peter Van Valkenburgh, chief of CoinCenter Research, provided a succinct rebuttal to Jones’s concerns. He stated that authorities were incredibly adept at identifying which Bitcoin addresses had been used in connection with crimes.

Valkenburgh also urged the federal government to take charge of cryptocurrency regulations, rather then leave them in the hands of the individual states. He went on to argue for a hands-off approach to creating regulatory frameworks, similar to that taken by the Clinton Administration towards the internet.

For Valkenburgh, the innovation that is blockchain will be even more transformative than the world wide web has been for society:

“Federal pre-emption of state cryptocurrency regulation would be a wide choice that would make America a world leader and protect consumers.”

However, Nouriel Roubini, New York University economist argued that the cryptocurrency space had massive security flaws. As evidence, he provided examples of high profile exchanges being compromised, as well as the high volume of cryptocurrency miners based in jurisdictions where transparency is a concern, namely China, Russia, Belarus, and Georgia.

Tags: bitcoinblockchainSenate Banking CommitteeUS regulation
Tweet123Share196ShareSend
Win up to $1,000,000 in One Spin at CryptoSlots