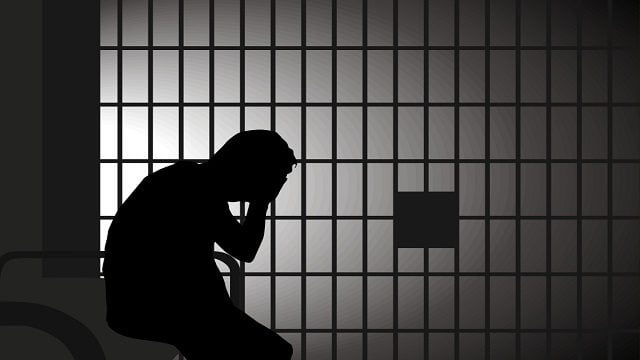 Russia seems to be making a fair amount of media headlines again, as their regulation of digital currency has just taken a turn for the worse. A new proposal – drafted by the Russian Ministry of Finance – seeks to penalize Bitcoin users by up to seven years in jail time. Do keep in mind this level of punishment is only intended for Bitcoin business owners, as regular users will face a maximum jail time of four years.

Although this new proposal is only in a draft from for the time being, the Russian Ministry of Finance wants to seriously crack down on Bitcoin in the country. As we mentioned yesterday, the only lawfully authorized entity to bring money in circulation is the Central Bank of Russia, and Bitcoin is not issued or controlled by that – or any other – institute.

Making the usage of Bitcoin illegal in Russia is one thing, but enforcing jail time for these activities is taking things several steps too far. If the Ministry of Finance has their way, consumers will face up to four years in prison, whereas business owners face nearly twice that sentence. Neither of these scenarios is acceptable by any means.

However, making Bitcoin usage and distribution punishable by law is nothing new in Russia. The current regulation of digital currency mentions how the production, distribution, and sale of Bitcoin could warrant a one-year correctional labor sentence. The only exception to that ruling is organized groups dealing with Bitcoin on this scale, as their members would be sentenced to two years of correctional labor.

While jail sentence is the worst punishment, the Ministry of Finance wants to enforce some other penalties as well. People who are convicted of Bitcoin activity in Russia will face a fine of up to 500,000 Ruble. For those who cannot pay this money, they will lose all salary or income for the next three years. Or they could just opt to choose the four-year prison sentence. Companies or groups of individuals convicted of any wrongdoings will a twice as harsh penalty.

The Russian Ministry of Finance is extremely concerned about these forms of “surrogate money”, which would allow any citizen to participate in illegal activities without a trace. Especially money laundering and terrorist funding are of great concern. However, the Ministry fails to note how the blockchain is anything but difficult to trace, and Bitcoin is not anonymous by any means.

To make matters in Russia even stranger, the Russian Central Bank will continue its research into blockchain technology for now. The institution has set up a dedicated taskforce to see how this technology can be used to benefit the Central Bank of Russia. However, there are no plans to start issuing digital currency, as that would still be prohibited by law.

But what of the BitRuble initiative then, as that seems to be trucking along nicely? A very good question, as the Qiwi team members are still negotiating with the Central Bank of Russia how to tackle this problem. However, that initiative will be focusing its attention on identifying BitRuble users on the blockchain, creating a more centralized control.