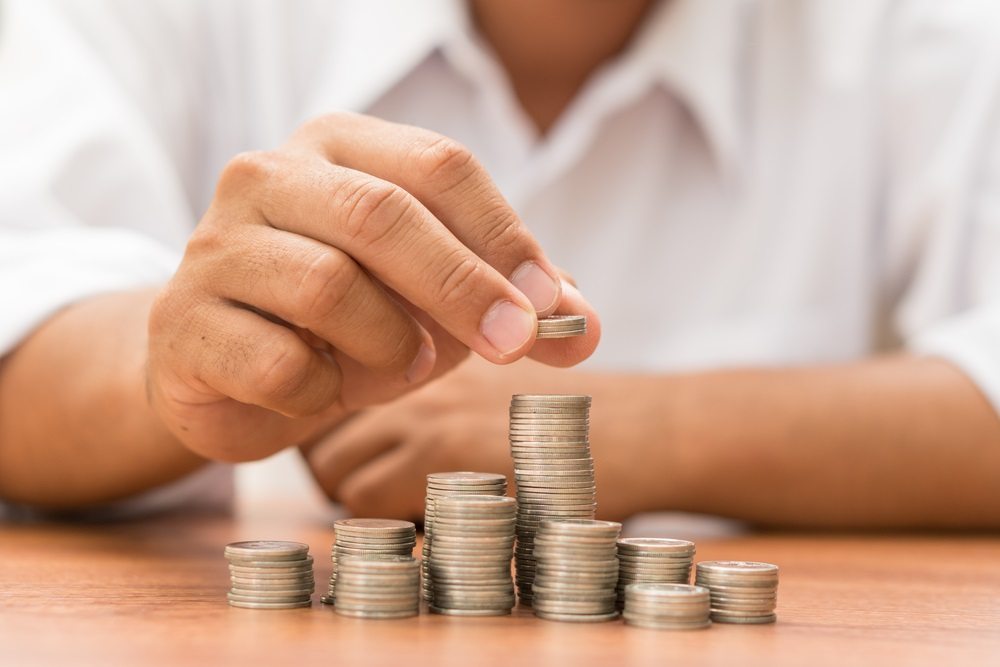 India may apply the Goods and Services Tax (GST) to cryptocurrency trading as they could be classed as intangible goods. Reports claim this 18% tax is being examined by the Central Board of Indirect Taxes and Customs.

The implications of this would mean that crypto traders would be taxed for every trade they make and that crypto miners would lose 18% of the mining rewards. The tax could also apply retrospectively from July 1 2017. This information was revealed to Bloomberg Quint from sources who have direct knowledge of the discussions.

The decision would result in cryptocurrency trades with other countries being classed as imports and exports and the Integrated GST would apply. The value of the cryptocurrency would be based on the transaction value in Rupees.

This would make India comparable to America for taxes on cryptocurrencies. America classifies them as property, like real-estate. Buying and holding Bitcoin is not taxable, but if it has gained in value by the time it’s sold then that increase is liable to capital gains tax.

Bitcoin mining would be deemed as a supply of services as the miners receive the Bitcoin which would be classified as property. Furthermore, if the reward is over Rs 20 lakh ($30,000) then the miner will have to register under GST. Mining rewards are currently around $100,000, but depend on market value and are set to halve in 2020.

India has cracked down on cryptocurrencies in recent months, but has come up against a legal challenge by an exchange based in Ahmedabad. The exchange argues that the Indian constitution provides for citizens to perform any occupation, trade, or business. The legal motion highlights that the Reserve Bank of India (RBI) has not provided strong reasons for the crackdown which are needed to justify it.

Although it has been reported that India is banning Bitcoin, in reality, the RBI has decided to separate regulated banks from crypto exchanges. In April, the RBI issued a directive for banks to close existing accounts by the beginning of July 2018. This led to statements clarifying that this does not affect the legality of Bitcoin in India. 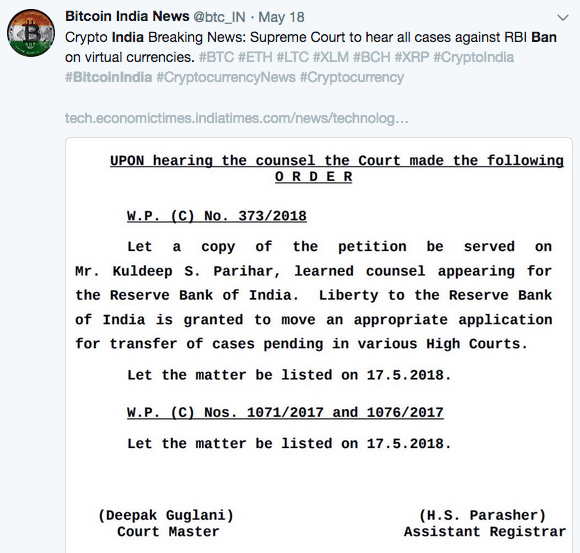 Crypto exchanges are working as normal in India and were not affected by the ban. Banks have had tricky relationships with crypto exchanges across the world and even Coinbase users cannot withdraw money to U.K. bank accounts without using SEPA/Revolut.

NewsBTC reported that the GST Council has not yet issued a framework to regulate cryptocurrencies which may have led to the knee-jerk reaction. It is possible that any decisions made by the GST could help to clarify the status of cryptocurrencies in India which would affect businesses choosing to remain in the country.

Earlier this month, it was highlighted that startups in the cryptocurrency sector are moving away from India following its aggression towards Bitcoin. Among countries such as Singapore and Japan, Estonia has been touted as a crypto-friendly country. In 2014, it launched an E-residency program encouraging companies to register there in a more user-friendly way.