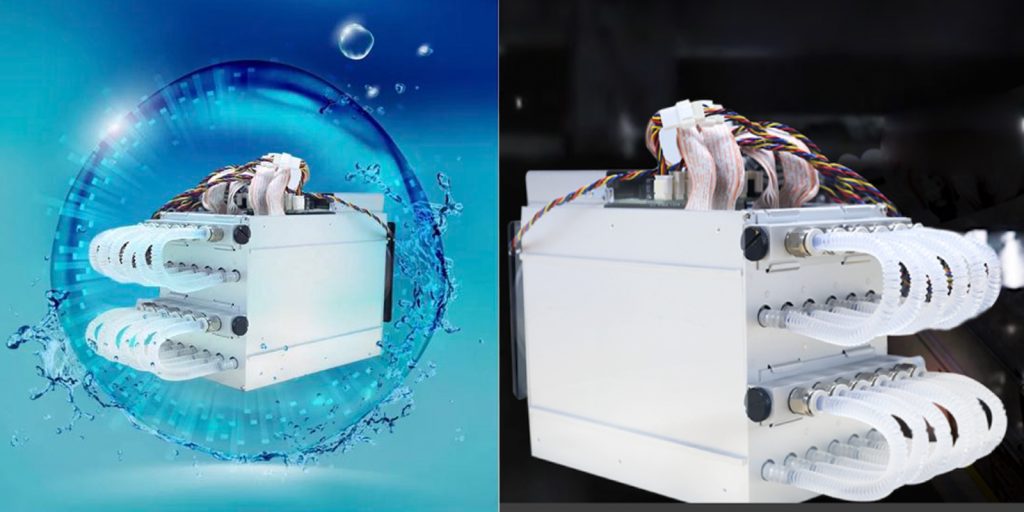 Liquid-cooled mining machines from Chinese chipmaker Bitmain have been unveiled.

The S19 XP HYD is expected to be one of the company’s most energy-efficient models ever.

The new mining setup employs liquid cooling. According to reviewers, it is the most power-efficient among all models of mining equipment from this manufacturer.

These hydro cooling rigs are exclusively for usage in Bitmain containers.

The newly announced mining rig is dubbed “Antminer S19 XP Hyd.” It boasts 255 terahashes per second (TH/s) of processing power and 20.8 joules per terahash (J/T) of power efficiency while operating on 5,304 watts, according to Bitmain’s website.

The machine features a liquid cooling system, which involves using a coolant flowing through pipes to dissipate heat from the device.

Notably, Bitmain has also announced the release of the ANTSPACE HK3, a new bitcoin mining container that can comfortably accommodate 210 mining machines and uses up to 1 megawatt of electricity.

Bitmain has been focusing on long-term bitcoin mining and has recently unveiled measures in this area.

Bitmain will create up to 500 MW of clean digital mining infrastructure at Merkle Standard’s hydro-powered facilities in Eastern Washington as part of the joint venture.

Furthermore, the Beijing-based chipmaker has gained a significant stake in one of America’s major crypto-mining facilities via a collaboration with Allrise Capital.

The move might help Bitmain’s market expansion in the United States even further.

According to mining data, the bitcoin mining metrics have seen some intriguing developments in recent months, as the Bitcoin hashrate grew by more than 15% in a week as processing power steadily increased.

In January, Thomas Templeton, Block’s general manager for hardware, emphasized that the planned approach would improve bitcoin mining efficiency and other benefits.

“We’re interested because mining is about more than just producing new bitcoin. We regard it as a long-term need for a decentralized and permissionless future.”

In a related event, Hive Blockchain had signed an arrangement with Intel to acquire the latter’s recently introduced energy-efficient blockchain accelerators named Bonanza Mine.

Tags: ASICbitcoinbitcoin miningBitmaincryptomining rig
Tweet123Share196ShareSend
Win up to $1,000,000 in One Spin at CryptoSlots