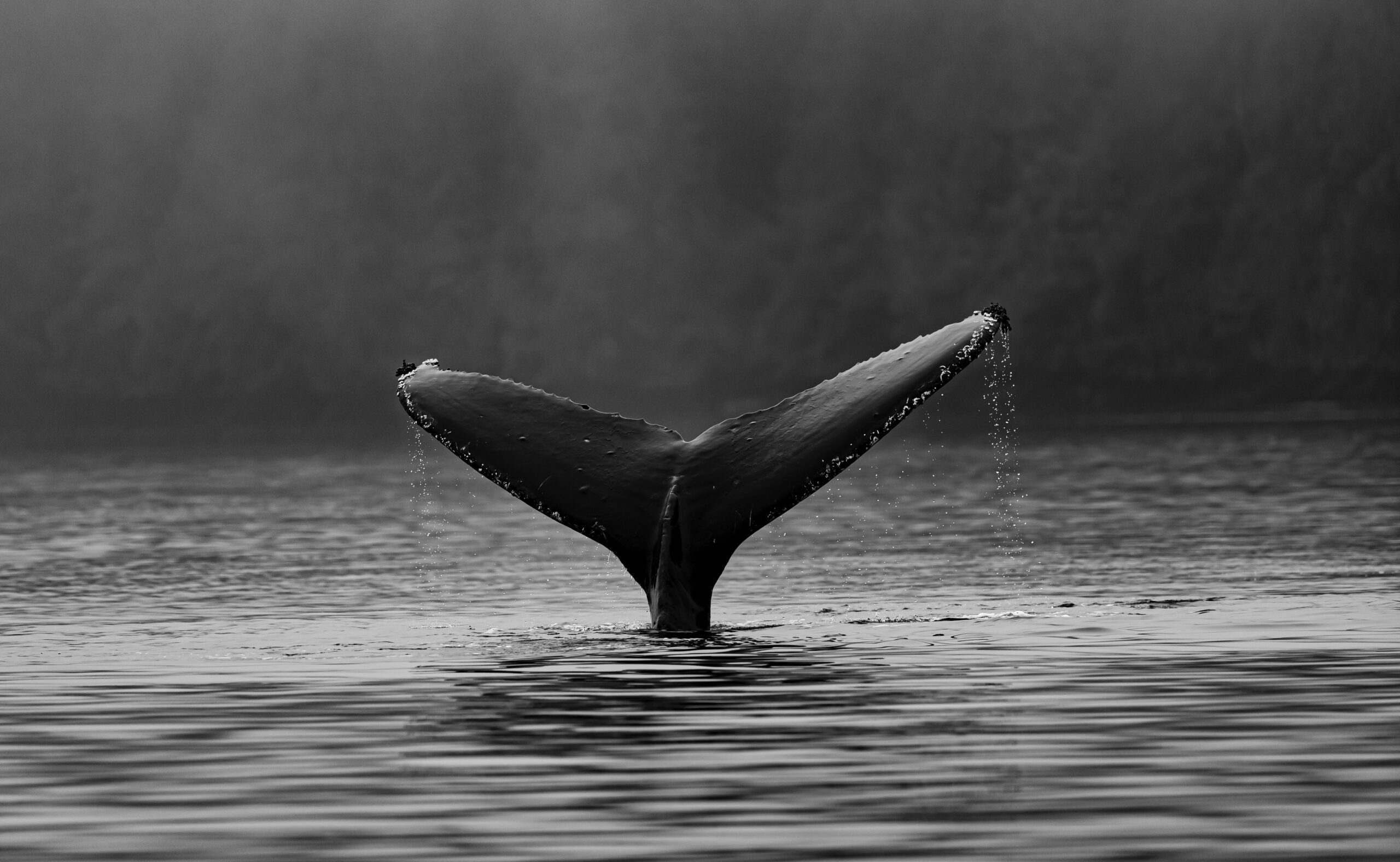 On-chain data shows Bitcoin whales have continued to shave off their holdings in recent weeks, suggesting that the current lows may not be attractive enough to them.

Bitcoin Whales Continue To Sell Despite The Recent Deep Lows

As pointed out by an analyst in a CryptoQuant post, the number of investors with balances in the 1k to 10k BTC range have continued to decline recently.

The relevant indicator here is the “UTXO Count – Value Bands,” which tells us about the number of UTXOs (or wallets) that are currently in each Bitcoin value band.

These value bands are groups that define ranges between which the balances of UTXOs falling into said bands lie. For example, the 100-1k BTC value band includes all UTXOs (or wallets) that currently have between 100 and 1,000 coins.

The value band of interest in the current context is the “1k-10k BTC” group. Here is a chart that shows how the UTXO Count of this value band has changed over the last several months: 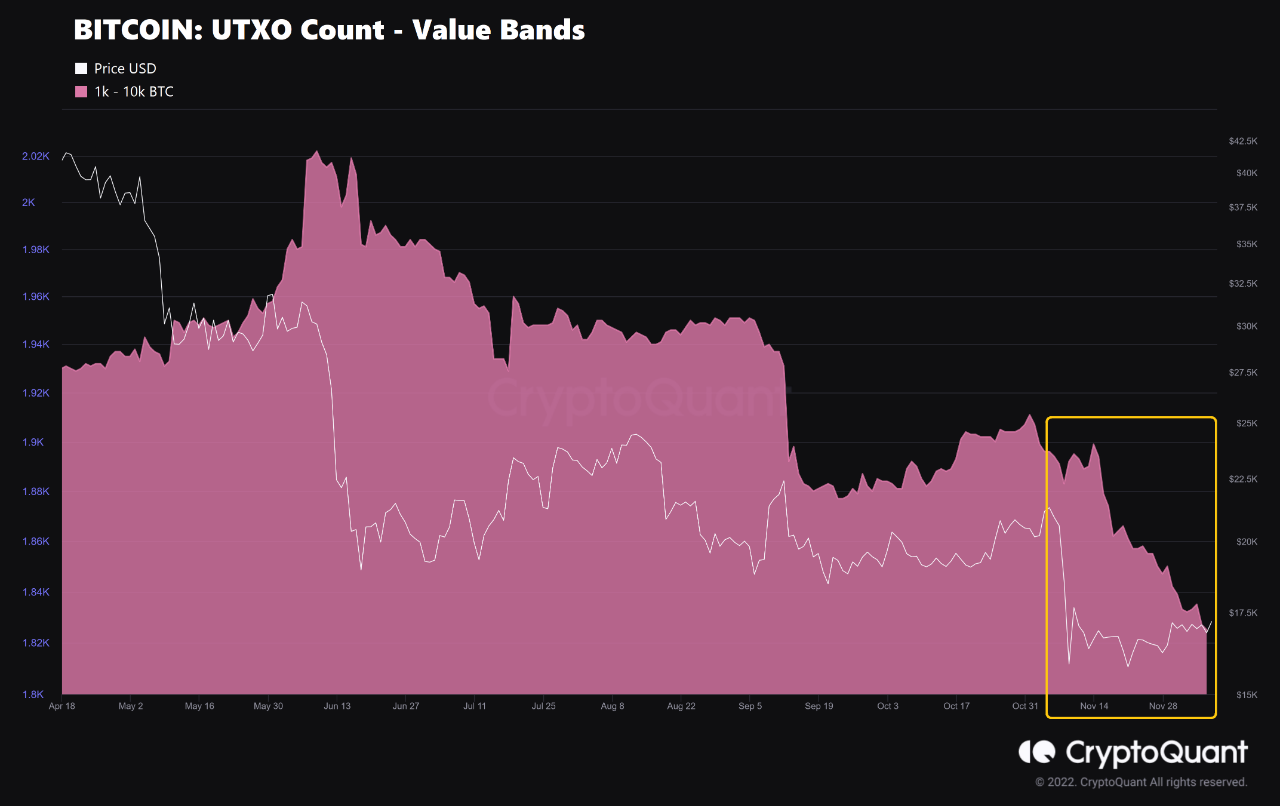 As you can see in the above graph, the Bitcoin UTXO Count for the 1k-10k BTC value band has observed some steep decline over the past month.

Wallets with such large balances usually belong to the whales. This means that the holdings of these humongous holders have gone down in this period.

This entire latest decline has come following the crash caused by crypto exchange’s FTX collapse, which means whales have sold their coins while the prices have been hitting lows.

Related Reading: Is Bitcoin Bottom In? This On-Chain Condition Hasn’t Been Met Yet

Historically, whales have shown accumulation behavior as bear markets have bottomed out. But recently instead of seeing an increase or even sideways movement, the UTXO Count of this whale value band has been strangely decreasing.

This trend could be a sign that whales are still not finding the current lows attractive enough to buy more, and that they may rather be selling off their reserves as they expect the bearish winds to continue further.

At the time of writing, Bitcoin’s price floats around $17.2k, up 1% in the last week. Over the past month, the crypto has lost 7% in value.

Bitcoin has been stuck moving sideways around the $17k level recently, but at the moment it’s unclear when some real volatility may return to the crypto.

Tags: bitcoinbitcoin bearishBitcoin Whale HoldingsBitcoin whalesbtcbtcusd
Tweet123Share196ShareSend
Win up to $1,000,000 in One Spin at CryptoSlots