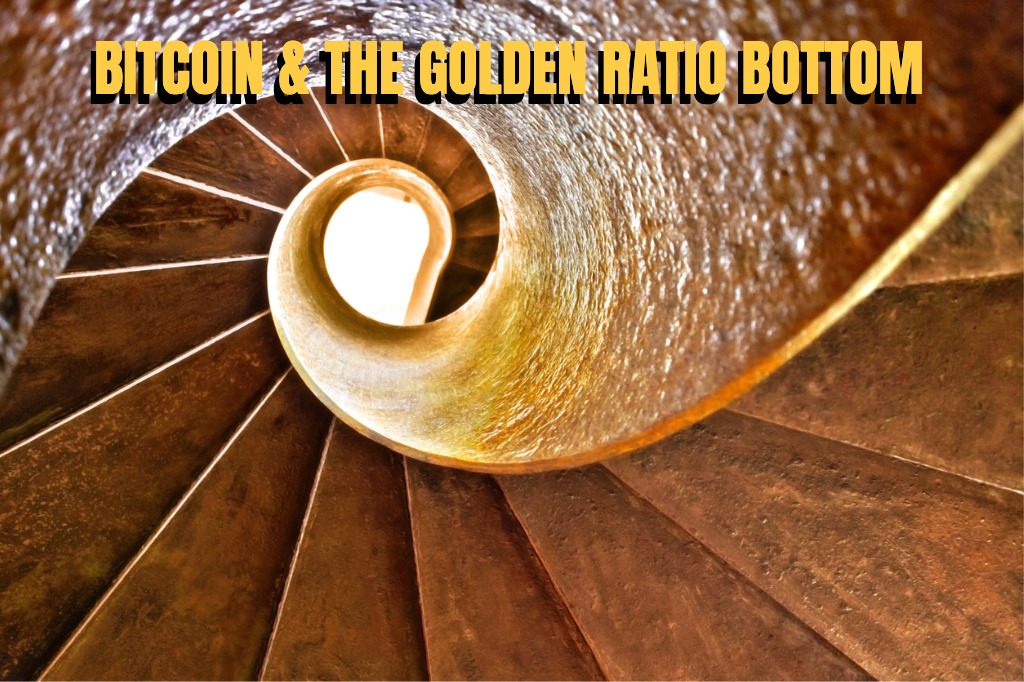 In this episode of NewsBTC’s daily technical analysis videos, we examine how Bitcoin might have bottomed precisely at the 1.618 Fibonacci extension, using Elliott Wave Theory.

Using the Fibonacci retracement tool not for retracement but for extensions, we have found a golden discovery using math.

Did Bitcoin Bottom At The Golden Ratio?

In Elliott Wave Theory, corrections come in ABC patterns. Taking the Fibonacci retracement tool to draw from the bottom to the top of the A wave will provide a Fibonacci extension target for where a C wave correction might end. The wick down to $17K touched precisely at the 1.618 Fibonacci with pinpoint accuracy.

1.618 is the golden ratio, also known as the divine proportion. Shocked by this discovery, we used the same strategy to examine the 2018 bear market. Lo and behold, the target terminated at the golden ratio yet again. To demonstrate this, we have drawn in the B wave descending triangle, and taken the Fibonacci extension from the bottom of the A wave to the top where it began. As you can see, this projected the bear market bottom perfectly.

Zooming out further, could this really have happened in the 2015 bear market also? Adding yet another ABC correction, the same pattern fits, albeit not quite as precisely at the rest of the analysis. Still, its accurate enough where the golden ratio could clearly be a factor in where Bitcoin ultimately bottoms. Could Fibonacci Project The Next Major Peak In Crypto?

We now know that projecting extensions from the A wave gives us the C wave bottom… hopefully. But how does this work when projecting a target to the upside? Drawing from the 2017 peak to the bear market bottom, projected the top of the 2021 bull market.

If the same is true for the next bull market, much like each bear market has repeated, the golden ratio could take Bitcoin to a price of more than $161,000 per coin. Here is a $49 discount pass to 21 Days To Better Crypto Trading by @elliottwaveintl. It gets you instant access to 3 learning resources on how to trade crypto using EW, the Crypto Trader’s Classroom service, & on Oct.5, access to the Crypto Pro Service

Tags: bitcoinbtcbtcusdBTCUSDTxbtxbtusd
Tweet123Share196ShareSend
Win up to $1,000,000 in One Spin at CryptoSlots