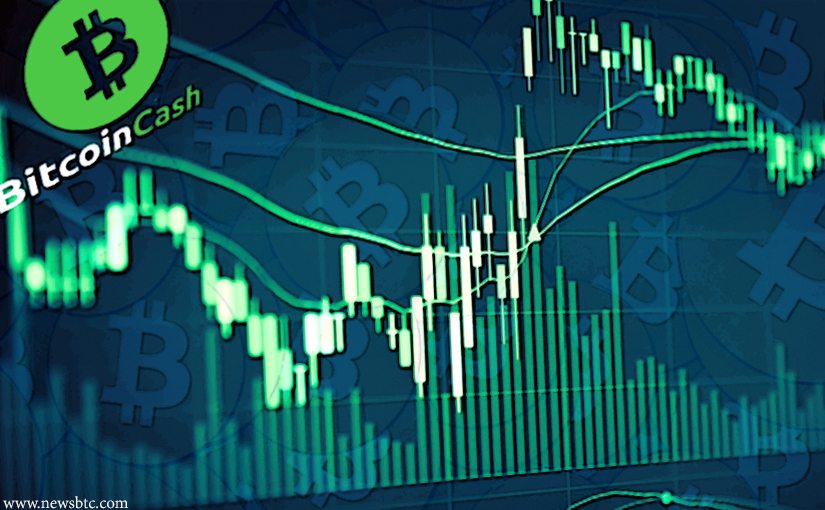 The fork of Bitcoin from August 2017 known as Bitcoin Cash (BCH) surged over 30% on Friday according to industry price analysts at Coinmarketcap. This corresponded with a marked drop in the price of the original Bitcoin’s (BTC) price to its lowest point since the start of November. Analysts are attributing the redistribution to the failed Segwit2x fork which was scheduled later this month. However, interestingly there seems a lack of consensus as to why traders are moving from BTC to BCH.

Some believe that it’s simply a matter of those traders who were holding Bitcoin to receive a dividend of new coins like what happened in August selling and moving back into various altcoins. Looking at the sea of green over Coinmarketcap immediately following the decision would suggest there’s a fair bit of truth in their opinion too. For them, part of the huge run up in price was caused by people buying in to get free coins. Now that there are no new coins, the money is flowing elsewhere. Chris Burniske, author of Cryptoassets: The Innovative Investor’s Guide to Bitcoin and Beyond believes this to be the case. He told CNBC:

You can see people playing back and forth between bitcoin and bitcoin cash trading depending on where they think near-term catalysts may be. It’s been a battle of investors versus traders that were stockpiling bitcoin to get their ‘bitcoin2x dividend’.

However, not all see it like this. There are some analysts who interpret the shift towards Bitcoin Cash as a belief in that version of the code, rather than the original – known in the industry as Bitcoin Core. For proponents of BCH like Roger Ver, the use of bigger blocks as a scaling method are closer to Satoshi Nakamoto’s original vision. Second layer scaling solutions like Segwit are not in line with the whitepaper which the mysterious Nakamoto published before disappearing early in the life of Bitcoin.

For those like director of XTB, Joshua Raymond, Segwit2x was an important step towards scaling the chain to be able to handle more transactions per second. More pragmatic than many of the hard coding, computer science-orientation anti-Segwit2x crowd, Raymond told Business Insider:

Everyone was hoping the Segwit2x would address this [transaction cost and time] but unfortunately, the delay due to a lack of consensus on the mechanics has affected confidence. Confidence on transaction speed in Bitcoin has deteriorated significantly in recent months. As Bitcoin Cash enjoys much faster transaction speeds, we have started to see a recycling of positions out of Bitcoin into Bitcoin Cash as a consequence.

For now, it’s unclear which interpretation of the numbers holds most truth. However, what is curious is that today, many alt coins like ETH and NEO are in the red as Bitcoin Cash moves higher. This casts doubt over the thesis that Bitcoin’s decline is simply down to people selling their BTC positions because there’s no longer a free dividend up for grabs. The negative growth of the rest of the market combined with the speed that BCH is rising suggests something more monumental might be afoot.

BitStarz Player Lands $2,459,124 Record Win! Could you be next big winner?
Tags: BCHbitcoinBitcoin CashBitcoin Cash PriceBitcoin Newsbitcoin priceBreaking NewsbtcNews
Tweet123Share196ShareSend
Win up to $1,000,000 in One Spin at CryptoSlots