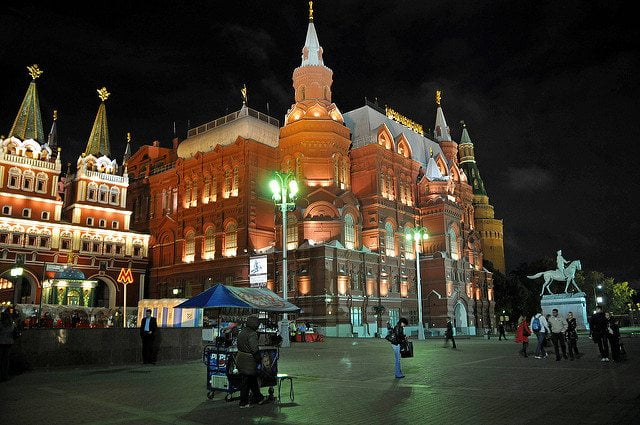 Bank of Russia Sets Up Taskforce to Explore Bitcoin and FinTech

The status of Bitcoin in Russia seems to be changing on a day-to-day basis. One day, government officials want to abolish the digital currency and make using Bitcoin punishable by law. The next day, the Bank of Russia announces they are looking to explore the possibilities and boundaries of Bitcoin technology. Trying to make sense of all of this is becoming rather difficult, but it is good news to see the Bank of Russia keeping an open mind.

Similarly to a trend that is happening all over the world, the way we conduct payments and use financial tools is changing, even in Russia. Despite trying to ignore the problem for the longest time possible, the Bank of Russia has publicly announced they want to be involved in the evolution of FinTech.

Evaluating and analyzing potential applications of new financial technology will help bring more stability to the Russian ecosystem. Albeit the country is known for very strict capital control, the Bank of Russia wants to give citizens a bit more control over their finances. No one should expect financial freedom anytime soon, though, but it a small step in the right direction.

To promote the development of new financial technologies, the Bank of Russia has set up a taskforce for the sole purpose of exploring what can be done in the short and long run. Mobile payments are becoming a significant trend in most of the Western world, yet the concept is not gaining much traction in Russia just yet.

This new taskforce will hold regular meetings to discuss the technologies they discovered and how they can be useful to the Bank of Russia. Moreover, there are plans on the table to stimulate collaboration with banks, self-regulatory organizations and other financial players active in Russia. Research and analyzing new financial technologies will take some time, and implementing these ideas will not happen overnight.

“The development of a modern financial market in Russia is intertwined with the evolution of financial technology. More and more financial services are becoming digitized, and new business models and ecosystems are created around the clock. Furthermore, consumer behavior has changed a lot in recent years, and high-tech markets requires high-tech regulation, drafted by a team of individuals who fully comprehend the aspects of these new financial processes and technologies.”

Bitcoin Technology Is On The Shortlist

It may come as quite a surprise to some people, but the Bank of Russia will be exploring what Bitcoin technology has to offer to the financial world. Distributed ledgers will help speed up transactions and reduce overhead costs by quite a margin, so it only makes sense to explore this option further.

Regardless of how one wants to look at things, Bitcoin technology is a true form of financial innovation. This type of technology would allow for easier access to financial services in Russia and beyond, which would, in turn, be a big boost to the local economy. No official projects have been announced as of yet, though.

Tags: Bank of Russiabitcoinbitcoin technologyeconomyfinancefintechNews
Tweet123Share196ShareSend
Win up to $1,000,000 in One Spin at CryptoSlots