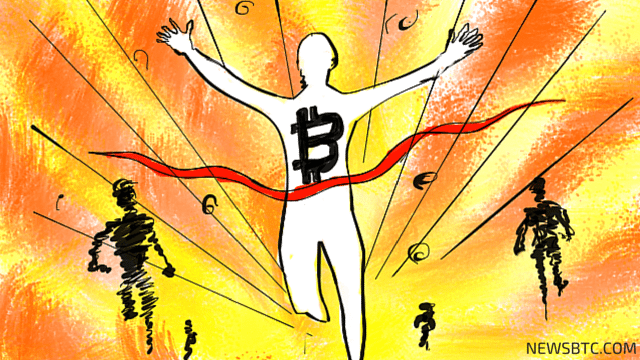 Bitcoin Has Been the World’s Strongest Currency Since 2010

Bitcoin has been the world’s top-performing currency again in 2015, surpassing the growth rate of major world reserve currencies such as the pound sterling, US dollar and the Japanese yen.

Since 2010, Bitcoin has shown an incredible rate of adoption as a currency, recording a staggering 1,698% average increase in price. Below is the annual price change of bitcoin provided by Google Finance:

Although the price of bitcoins plummeted by 62% in 2014, falling from US$817 to US$314 on the 31st of December, Bitcoin recovered in 2015 and recorded a 37% increase in price since January. The stability of Bitcoin as an international currency and a medium of exchange has convinced many experts that it could become one of the largest reserve currencies in the future.

“We have now reached a fork in the road with Bitcoin and blockchain. Bitcoin has proven itself as an established currency. Blockchain, more fundamentally, will become the default global standard distributed ledger for financial transactions,” said Jeremy Millar, partner at Magister Advisors.

Furthermore, an increasing number of investors and traders in developing countries such as India and the Philippines began to approach Bitcoin, and have been trying to profit and benefit from its volatility. Bitcoin startups have also seen a significant surge in demand of their services, especially for startups dealing with remittances and Bitcoin-to-fiat payment services.

“The trading volume has jumped from Rs 10 lakh a few months ago to Rs 10 crore a month, whereas the non-trade volume which includes recharges, shopping vouchers, etc. has also jumped growing 40 percent month upon month. Our ambition is to become a global wallet player powered by Bitcoin,” Zebpay’s CEO Sandeep Goenka stated in an interview.

Prominent bitcoin startups in the Philippines such as Coins.ph have also led the Bitcoin industries of developing countries such as Thailand and Indonesia by providing highly-demanded financial services such as remittances, simple banking, or over the counter cash out and deposit systems, as well as Bitcoin-based utility bills settlement.

Financial experts predict bitcoin to continue its positive trend throughout 2016. Because of the increasing interest of financial institutions and banks, bitcoin enthusiasts and traders expect to see a sudden surge in the price of bitcoin in mid-2016.

Tags: bitcoinBitcoin newsprice
Tweet123Share196ShareSend
Win up to $1,000,000 in One Spin at CryptoSlots