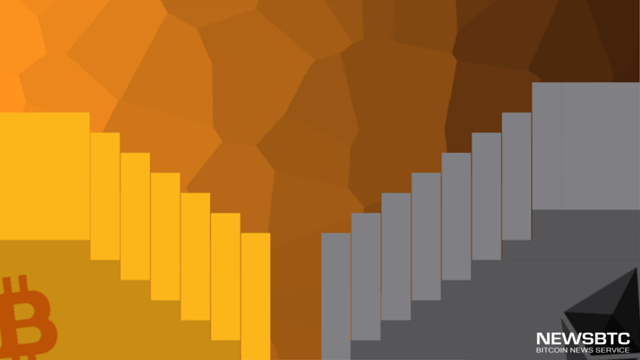 Bitcoin Falls as Ethereum Rises – A Crisis of Governence

With Mike Hearn’s blogpost and the subsequent media interest, a flurry of activity is happening in the Bitcoin space.

Mike Hearn has become one of the most respected developers and leaders behind the Bitcoin project in his five year tenure. Someone who is not afraid to point out the cracks in the paintwork, which is certainly what he has done with resignation blogpiece. It is not unnecessary drama – its a forewarning as to the increasing vested and hegemonic interests in parts of the cryptocurrency ecosystem.

Although BitcoinXT and segregated witness are solutions to the immediate crisis on the blocksize debate, they each have their own intricacies and foibles. BitcoinXT went further in wrestling power from the miners, and back to the core development team whilst Segregated Witness is neat stitch in time to save face from the real debate in Bitcoin’s DNA – how it should be governed.

The price has fallen on the news as Mike Hearn vitriolically slammed Bitcoin by saying:

But despite knowing that Bitcoin could fail all along, the now inescapable conclusion that it has failed still saddens me greatly. The fundamentals are broken and whatever happens to the price in the short term, the long term trend should probably be downwards. I will no longer be taking part in Bitcoin development and have sold all my coins.

Bitcoin’s price has done exactly this dropping like a stone back to the $410 mark.

Mike Hearn did mention that there was hope in the final paragraph of his blog by pointing out that there are certain other attempts with Bitcoin Classic and Unlimited to change the state of play.

As bitcoin was used as a flight to safety from the Yuan, it looks like Ethereum is the Crypto of choice for those wishing to abandon its locomotive, with the price putting on 20% with a rise of 200% in volumes from recent averages at over 4000 BTC.

Tags: bitcoinBitcoin Newsbitcoin tradingethereumNews
Tweet123Share196ShareSend
Win up to $1,000,000 in One Spin at CryptoSlots