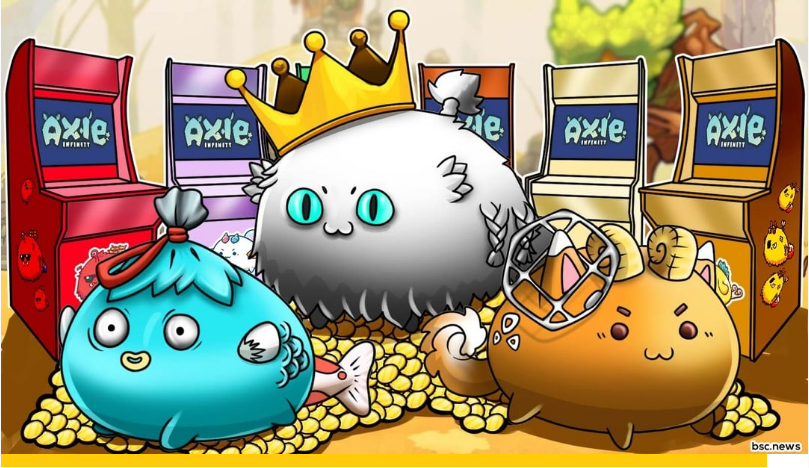 Axie Infinity Unveils Season 0 With High Expectations – Will It Pull AXS Up?

The most recent roadmap of Axie Infinity states that the start of Origin Season 0 signals the entry into Phase 3.

The recent market negative heat has been felt by Axie Infinity. Following the release of the most recent news, the GameFi-based protocol has been rather active in the Twitter conversation boxes.

Sky Mavis created the play-to-earn game Axie Infinity. They recently revealed Season 0, which will last for one month. The launch will celebrate the improved gaming environment of Axie Infinity.

New upgrades for the revamped gaming experience on Axie will be welcomed with this launch. The fresh launch attracted traders’ attention on August 24 as AXS surged on the daily chart.

As a result, the Axie Ecosystem’s native token, AXS, had a spike on August 24, giving the news a lot of traction among traders.

Despite the optimistic activity on AXS, worries regarding the gaming sector in DeFi persist. After reaching its top in mid-2021, GameFi has still been hurt by the start of the cryptocurrency bear market.

More so, the user statistics collected by Axie for this course further reflects this. In recent weeks, the number of daily new accounts has fallen to below 100. This is a far cry from the peak it reached in July and August of 2021.

According to CoinMarketCap, AXS price nosedived by 9.41% or trading at $13.39 as of this writing.

AXS price benefited with an uptick due to the Origin Season 0 launch but it was just a short rally.

Despite a bull run in the Axie ecosystem, there remains some skepticism in the DeFi gaming industry.

After becoming active in the middle of 2021, GameFi has suffered severe blows since the start of this crypto winter. Additionally, the expansion of Axie’s user base has been hampered by this.

But with the introduction of Season 0, the ecosystem is working harder to get back on course.

Smooth Love Potion (SLP) prizes were added to the Origin playtime and completely removed from the Classic according to Axie Infinity (v2).

In addition, the users of SLP tokens can also construct NFT Runes and Charms as well as Moon Shards on Ronin, which the players will also have access to.

Users have great expectations of the developers as the game will introduce a new armory.

AXS, the local token, was seen ascending the cliff. But market attitudes alone are to blame for any price changes. The crypto market is currently making an effort to stabilize amidst the current turmoil.

There are now huge hopes for the new armory that Axie is attempting to construct.

With the news’s dissemination, the attitude for the token has also improved. However, the general market attitude, which is still unstable, ultimately determines token movements.

Tags: Axie InfinityAXSAXS PriceAXSUSDbtcusdethbtcethusd
Tweet123Share196ShareSend
Win up to $1,000,000 in One Spin at CryptoSlots