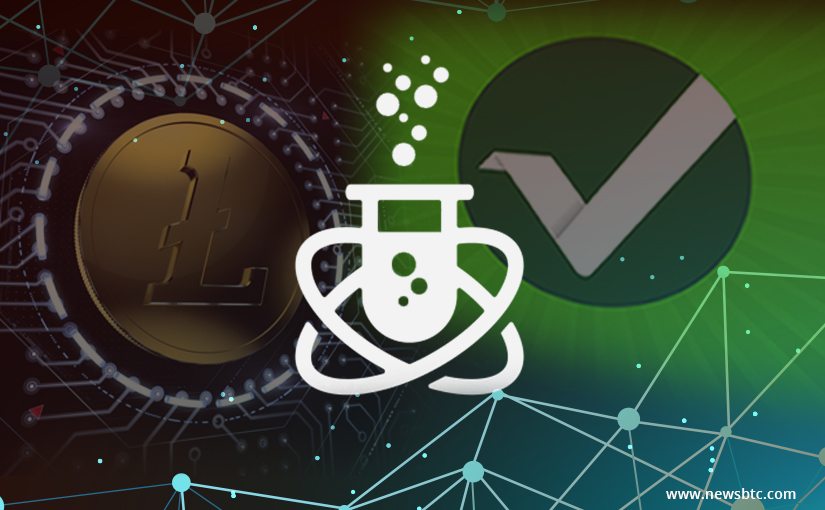 Atomic Swaps Between Litecoin and Vertcoin are in the Works

It is evident that cross-chain atomic swaps are of great interest to altcoin developers. Especially where Litecoin is concerned, such technology may be introduced sooner rather than later. After completing an on-chain atomic swap between LTC and DCR, a new project is in the works. The same principle will be used to swap between Litecoin and Vertcoin. This is a major development in the world of cryptocurrency, to say the least.

Finding new solutions to exchange value between different blockchains is a big step. Especially if that occurs through different altcoins in quick succession. Exchanging Litecoin to Decred has been a success so far. While we don’t know many specifics, the transaction took place on the main blockchain. It now appears Charlie Lee is preparing to take the next step in this regard. More specifically, a similar project will occur between LTC and Vertcoin in the near future.

This goes to show there is a growing demand for cross-chain atomic swaps. Although this can be facilitated by the Lightning network, it doesn’t appear to be a requirement. It is also worth noting both Litecoin and Vertcoin have Segregated Witness active on their respective blockchains. The one downside to atomic swaps is how they can only be done between coins “of the same type”. This somewhat limits this technology for now, but it may only be a temporary drawback.

I'm going to do an on-chain atomic swap of 1 LTC for 55 VTC with @jamesl22, lead dev of @Vertcoin. Will it work or will the it explode? ? https://t.co/AC0CqKHDbZ

For the time being, no one knows when this new atomic swap will take place. Exchanging value between Litecoin and Vertcoin will be an interesting development. Although no date has been set for the time being, a lot of people will be looking forward to it. The goal is to exchange 1 LTC for 55 VTC, by the look of things. These are still very small amounts, mind you, but that is to be expected at this point in time.

One of the main selling points of atomic swaps is how they cut out the middleman. More specifically, it doesn’t require a centralized service provider to pull off such transactions. While the technology is not built into wallets yet, that will only be a matter of time. In the future, everyone can perform cross-chain swaps without too many issues. We can only hope someone uses Bitcoin for such transactions as well moving forward. Removing the need for exchanges of any kind is the only right step forward.

BitStarz Player Lands $2,459,124 Record Win! Could you be next big winner?
Tags: Atomic SwapslitecoinVertcoin
Tweet123Share196ShareSend
Win up to $1,000,000 in One Spin at CryptoSlots