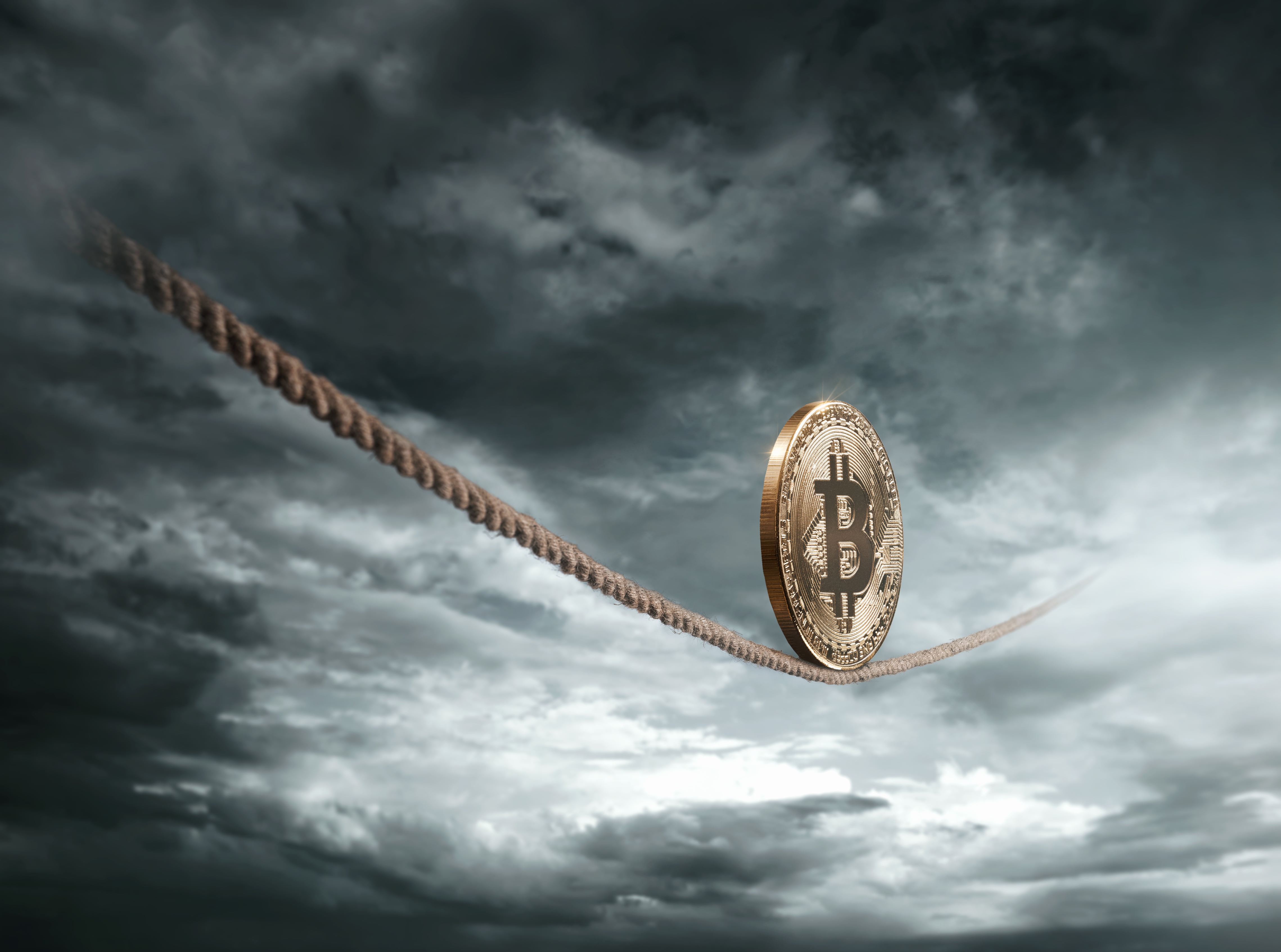 The leading crypto asset by market cap, Bitcoin, has had a confusing year thus far. The cryptocurrency started the year at extreme lows but later exploded back up 350% to $14,000, before falling nearly 50% down to $7,300.

The asset’s third-largest 24-hour gain brought the crypto asset back through the 200-day and 50-day moving average, but was rejected above $10,000 and is once again in free-fall mode. The drop has taken Bitcoin back down to the 50DMA, where the asset is currently retesting it as support – something that one crypto analyst says is very dangerous.

Bitcoin Price At An Impasse: Bull or Bear Market Soon To Be Decided

Bitcoin is at a critical junction, and is either correcting from a strong rally before going on a full bull run or is about to enter the next phase of the bear market. The days ahead will determine the trend for the coming months, as the asset inches closer to its halving.

The price action has been difficult to gauge which side the market is leaning – bullish or bearish. A breakdown from a massive, multi-month symmetrical triangle turned the market bearish, but a powerful news-driven rally following Chinese President Xi Jinping’s nod of support for blockchain technology caused the asset’s price to surge, causing an epic short squeeze and setting a record for the asset’s third largest one day gain.

But that powerful spike may have only been a bearish retest of former support turned resistance, and Bitcoin is once again falling, breaking back below the 200DMA, and is now facing a “dangerous” retest of the 50DMA.

50DMA:
bitcoin has been above it during the whole rally,
went below it when crashed and then above soon.
Now it is testing it again and again. Dangerous. $BTC $BTCUSD #bitcoin pic.twitter.com/La4XNGEUvH

According to a chart shared by one crypto analyst, Bitcoin was above the 50DMA throughout the entire 2019 rally, until it began to correct, and the asset fell below – but traded closely to it. It wasn’t until September when Bakkt launched to much disappointment, where a sell the news event drove the price of Bitcoin down to the low $8,000 range.

Bitcoin is now back in the $8,000 range, where it is retesting the 50DMA as support. If it fails to hold as support and breaks down below it, it could be a long time before the first-ever cryptocurrency resumes its uptrend and gets back above it and the other critical moving average, the 200DMA.

In October, the two moving averages crossed one another, forming what’s called a death cross, signaling to investors and traders that the crypto-asset would likely see continued downside. Analysts argue that the China news-driven rally was really just coincidental timing of a whale taking advantage of an overly bearish market, and causing a violent short squeeze.

Tags: 200-Day Moving Average50-day moving averagebitcoincryptodeath cross
Tweet123Share218ShareSend
Win up to $1,000,000 in One Spin at CryptoSlots