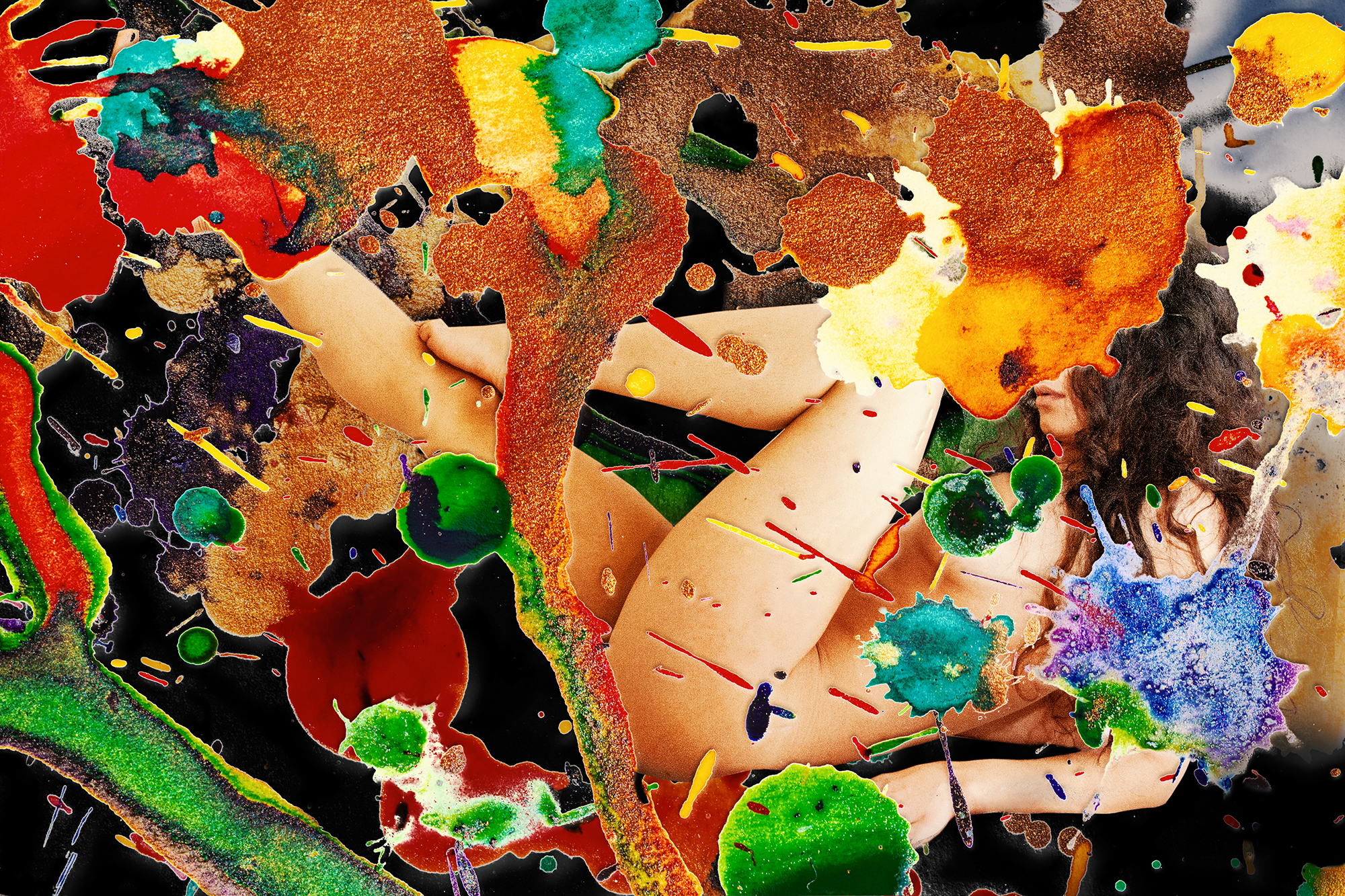 I wasn’t always sexually empowered and celebrating womanhood. In fact, my journey began from feeling broken and disconnected. I was diagnosed with endometriosis at 20. This shifted me from exploring sensuality and femininity into living with chronic pain and problem-fixing mode.

After years of chronic pain, I had had enough. I felt that I wasn’t living my fullest life, and I started healing. I reconnected with my femininity and sensuality. I biohacked my endo into remission, and began cycle-based living. This elevated all aspects of my life.

Women have been recognised as muses throughout human existence. Sometimes the desire to consume their aesthetics has been exploitatively reduced to only being objects of desire. Many men have paid the price of making this mistake in a myriad of ways. The glory of what a muse truly means has to include the totality of the being, and the dark needs to be honoured as well as the light. No one can deny the power of the feminine to persuade, attract, and even move armies with a look. The last few decades women have risen to the upper echelons of power and influence also in what ever is available to achieve in the public realm. Want to be an astronaut? No problem. We need you in space.

The western roles of males and females have been in great flux since the innovation of birth control and many other major factors. As individuals, the empowerment is wielded in many ways, however. I learned from a forest walk one time, that sometimes beauty is used to attract you as lunch, and many today on the internet learn that nice words can mean opposite actions. The modern polarisation has been the death of nuance to the masses, yet the potential of it breathes peace to those who seek it. Immature men and women have been at each others throats forever, fast to point out the generalities of each others weaknesses. This frequency will be forever the part of the growth process, as we are born to innocence coupled with unawareness of our own shadow. One of my early teachers in this realm was David Deida, whose books turned me on to the energetic side of the duality. True as some stereotypes in numbers, hormones and preferences can be, to consider the male and female as energies primarily beyond material, helps to navigate this without excluding anyone.

Without going as far as the contemporary Western trend, it’s easy to see that there are women who enjoy motorsports and men who would rather spend time in a mall than at a shooting range. This is why expressing through art matters. What can’t be worded remains in the expression to be interpreted but some things cross over to hearts in an instant. The mind’s gridlock most often requires shaking the tree. A crisis is often afterwards described as a blessing when interpreted in perspective. An illness made someone aware of a bad pattern and so forth. The Senses series includes the experience on many levels. The personality, sensuality, and expression realm on all levels is present here. If you haven’t discovered courage in your models as a photographer, I consider you a mere beginner. The paint is then here to enhance the story as a whole. To complete what was felt during the shoot learning about the person and what they were going through at the time. As most of my bodypainting & portrait work has focused on the female, I’ve been privileged to witness many times, how a perceived insecurity turns into instant strength. How the situation reveals to the person how many resources were on the inside with just a little bit of support in a situation that demanded to step on the plate. How getting connected to the core of the being makes a person completely forget in what position she was meant to pose. This was the point. If your spirit is aligned, the pose will automatically be correct. The energy coming through the person bends reality to manifest correctly. Some women came to my sessions expecting simply to pose for something to look great “for instagram”. This attitude was my primary concern to get rid of. I didn’t want a plastic thirst trap version of the most boring version of the being in front of me. The sessions always start with a meditative moment, where we connect to the source of all things to get aligned with something greater than ourselves, our lineage, ancestors and the great Ohm. don’t get me wrong, the result is still the same of looking great, but most importantly feeling great first. Some works capture the process of getting there, which can be like the flood gates of sorrow opening up. The range we experience as humans from rage to despair can easily frighten us, but pure suppression is often the root of illness on many levels. Blockchain Valley Virtual is building a gallery in their metaverse for VESA, which will serve as one of the outlets for these works. Senses 5: Wolf of all Color
Model: Beatrice
The piece was sent to the Edge of NFT winner The male gaze, as defined by feminist theory has the sides gridlocked in positions that are outdated. Many on social media are in control of their own image and the varying degrees they look back, take and give with their audience through the 4th wall. The holistic view of women today truly means freedom to express the spectrum of being a happy housewife, career tycoon or president. These images are expressions that might utilise the senses and sensuality as part of it, yet sex is not the driving force. Many women, in my experience, thwart their femininity in order to pursue being what is a dysfunctional male image. The work (above) depicts access to an intimate journey in a safe way to the model. The normal male thirst gets challenged by the question “Trust” asks. Are you man or woman enough to earn this kind of space from someone like this in real life? It is not automatically granted. It exists, but likely is outside the reach of most people. It wasn’t generated by your looks, status or external factors, even if they played a part, but the realm you were able to generate for intimacy to exist.

Something only stories told this way can give an example of, for those who don’t otherwise understand it.

Nude Girl on a Panther Skin (1844) by Félix Trutat

All human being require work to mature. We come of age at the dawn of self awareness. The divine masculine and feminine manifest after we show up to work at it. Some got lucky with amazing parents. Some got torn apart homes and scenarios but blossomed to amazing humans. The situations reveal us and many fall to bitterness along the way. Most people are struggling with a form of trauma or another. A part of this process is to find ideals to follow, which we know we can never achieve but they keep us on the path. I personally have learned the hard way how my mental state is affected if I don’t show up at the gym versus if I do. Like Dr John Demartini taught me, we have to get great at at least seven sectors of life, so a catastrophe doesn’t have to come and manage us from the outside. We are in an eternal battle against entropy on this planet. Some try to make it about human design only, and keep failing in an epic manner.

“We do not become enlightened by imagining figures of light, but by making the darkness conscious.” There are already over 60 works done for this series which will be dropping one by one to Superrare.

The #AI versions will be made, minted and sent after the offer has been accepted within 48hrs to the collector.

Physical prints in signed and re-painted with acrylics on top available for a separate price. The best way to describe working with Vesa is transcendence. Our personal and professional stories were integrated into hours of creation in flow. Dancing between and within emotions and releasing pain and pleasure. Elevating. Healing. Magic.

Most people think that the power of art lies in its ability to bring people together, but at its core, art returns us to ourselves. It connects us with our most vulnerable and ecstatic emotions, elevating the human experience beyond survival into a shared journey, into transcendence.

Find the collection on Superrare