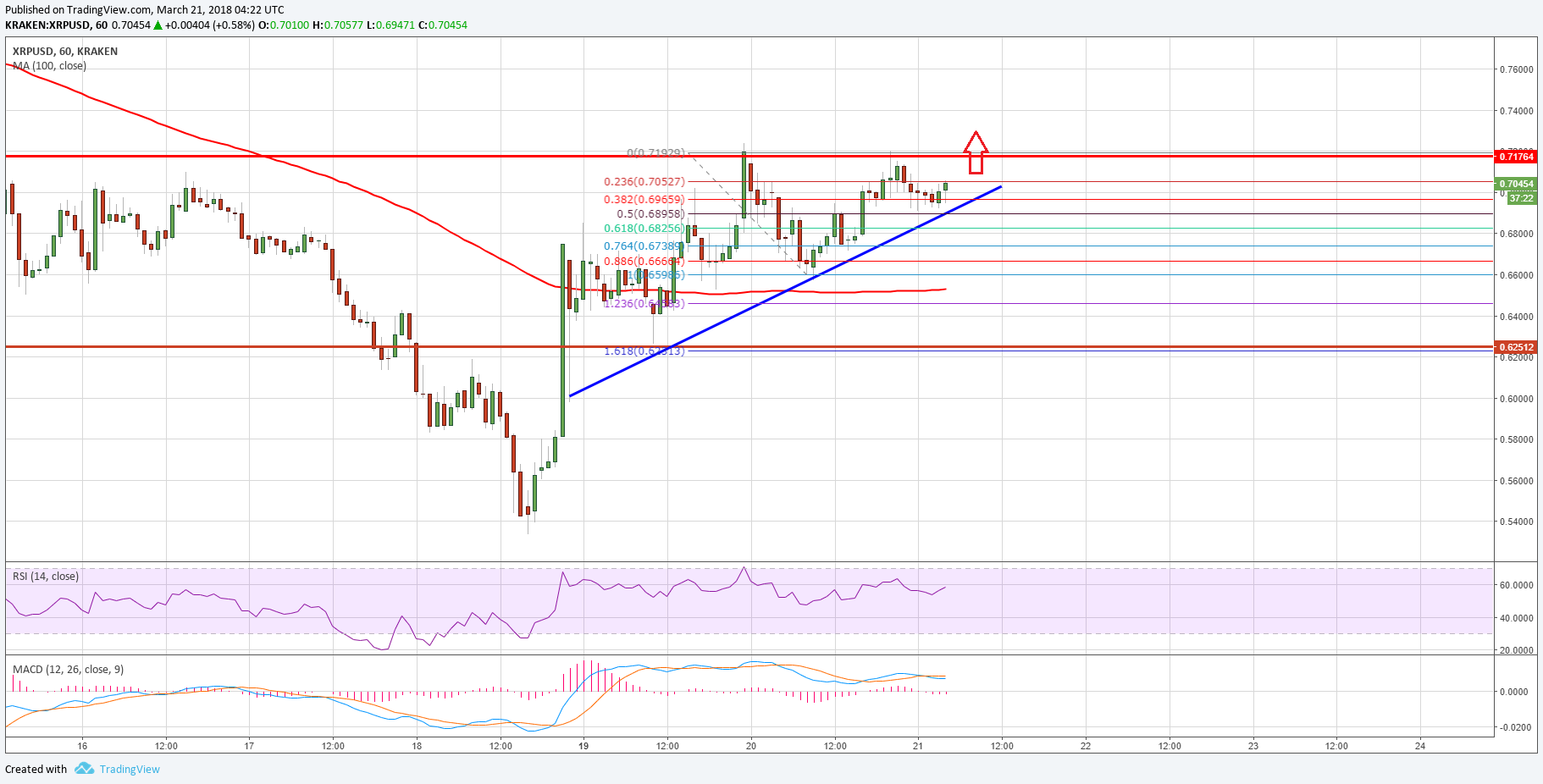 Ripple price is showing bullish signs against the US Dollar and Bitcoin. XRP/USD may perhaps rise further above the $0.7200 level to test the $0.7500 resistance.

Hourly RSI (Relative Strength Index) – The RSI for XRP/USD is currently well above the 50 level.